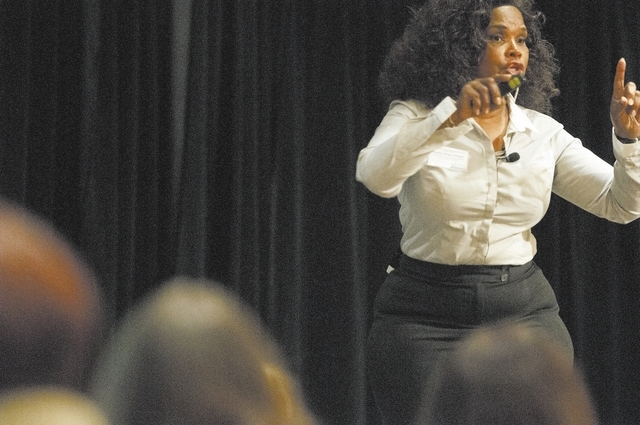 Martin, a former sex buyer, admits he’s never been faithful in any relationship. So when the urge to cheat struck again after he got married and had kids, he thought the logical thing to do would be to pay for sex .

In his mind, he said, it wouldn’t be as bad as cheating.

“I know this sounds ridiculous, but I made a conscious decision that I didn’t want to cheat on my wife and have an affair,” said Martin, who asked not to use his real name. “When my physical needs weren’t being met, I’d visit a massage parlor. I thought, ‘Well, nobody needs to know because there’s nothing emotional going on.’ ”

He started by purchasing “happy endings” (massages that include sexual services) and then escalated to buying sex on websites such as Craigslist or Backpage.com.

Sex sells. From the sexual appeal of billboards to the double entendres used in ads, there are people who are willing to pay a hefty price for it.

The U.S. Department of State estimates that 80 percent of the 600,000 to 800,000 people trafficked across international borders every year are trafficked for sex. Of those, approximately 80 percent are females and up to 50 percent are children.

The questions for many sex trafficking and prostitution researchers are who are the buyers and why do they do it? After all, these are the drivers of this billion-dollar industry.

“There is just a lack of information when it comes to the sex buyers of this industry,” said Alexis Kennedy, associate professor in UNLV’s Department of Criminal Justice. “They’re called Johns because they’re anonymous. Most of them never worry about getting caught when there are no real consequences besides minor shaming. The buyers could be the guys at the bar drinking and propositioning everyone that walks by. It’s seen as normal Las Vegas behavior.”

Melissa Farley, San Francisco director of Prostitution Research & Education and a member of the Nevada Coalition Against Sex Trafficking, has spent more than 20 years researching the sex trade and advocates for the Nordic model law that proposes decriminalization of all persons who are sold for sex, criminalization of sex buyers and pimps, and funding for exit services.

In a research article published in December 2015 for a study headed by Farley titled “Men who buy sex have much in common with sexually coercive men, new study shows,” researchers investigated attitudes and behaviors associated with prostitution and sexual aggression among 101 men who buy sex and 101 age-, education-, and ethnicity-matched men who did not buy sex.

Researchers found both groups tended to accept rape myths; are aware of the harm of prostitution and trafficking; express ambivalence about the nature of prostitution; and believe that jail time and public exposure are the most-effective deterrents to buying sex.

It also found that sex buyers were more likely than men who did not buy sex to report having sexual aggression and a likelihood to rape. Men who bought sex scored higher on measures of impersonal sex and hostile masculinity and had less empathy for prostituted women, viewing them as intrinsically different from other women, according to the article.

According to Farley, when asked if they would buy sex from someone underage, about half of the sex buyers said they would.

Martin said he was always cautious to stay away from minors, but he also didn’t like having conversations with sex workers.

“It was a compete turn-off,” he said. “I didn’t want to get to know them. I don’t know if the ones I was with were (trafficked). That’s the honest truth. I never saw any pimps, but it’s not something I even thought about.”

Farley is especially critical of Nevada.

“A welcoming political environment is necessary to have a thriving $6 billion industry,” Farley said. “I spent three years studying the (sex industry) in Nevada, and the worst prostitution I’ve seen from 10 countries and five continents is in Nevada.”

So, who are the drivers of the underground industry?

Also the majority of these men do not possess any “peculiar” qualities that distinguish them from the normal population, she said.

“Before, the buyers used to be the old guy who was handicapped and didn’t have a girlfriend,” Spencer said. “Now, a lot of buyers are normal, good-looking guys that have money. Sex is so minimalized in our society. There’s not too much thought put into it.

“Really, every story is different. Some guys are just lonely, some have fetishes, and others are power-hungry,” Spencer said.

For resources, busting Johns is secondary to addressing victims

There’s also the challenge of not having enough manpower, specifically female undercover cops. On average, the Vice Section does one operation a month to do John reversal.

“Doing these type of operations pulls from the resources we need to deal with the victims,” Spencer said. “That’s why it becomes secondary to addressing a victim. This year alone we’ve recovered 54 juveniles, and we had six detectives on those cases. Detectives are very busy putting together cases against the traffickers.”

Even after watching a business acquaintance get caught by a sting operation, Martin said it only scared him enough to stop for 24 hours. Not even his divorce helped him stop. What finally pushed him to seek help was getting caught by his partner. He has since joined Sex Addicts Anonymous and has been “sober” for seven months.

According to Tracie J., who asked to withhold her last name, she met a pimp when she was a teenager and was sold on the streets. The buyers she encountered were mainly locals in their early 30s or older, she said.

Annie Lobert, founder of the nonprofit Hookers for Jesus, which helps anyone in the sex industry, said clients have asked for “totally disgusting things, some which were not only completely inhumane but could cause someone to die.”

“Fetishes led to more fetishes,” Lobert said. “I refused to do anything like that.”

To deter the problem, Metro participates in a John and Jane School through the court. People are educated on the ramifications and diseases of the sex trafficking industry.

“We want them to understand that prostitution is not a victimless crime,” Spencer said.

“I want to ask the Johns, ‘Hey, how would you like to get your skin rubbed off and keep doing it every single day?’ I don’t think you’d want sex again. If a man can only get it up once a day, how do they expect women to do it 10 to 20 times a day?” Lobert said. “Sex is for two people who love each other and want to create life. Why would you buy something this beautiful and precious and turn it into something disgusting?”

Editor’s note: This is the third story in a three-part series on sex trafficking in Las Vegas. To read the other stories, visit viewnews.com.