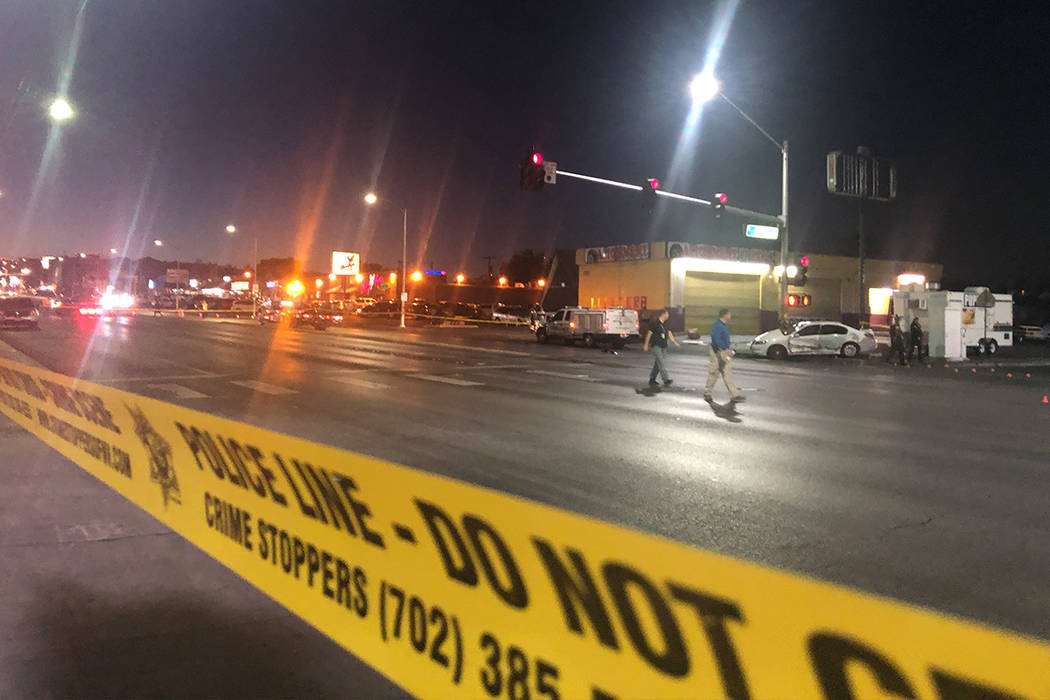 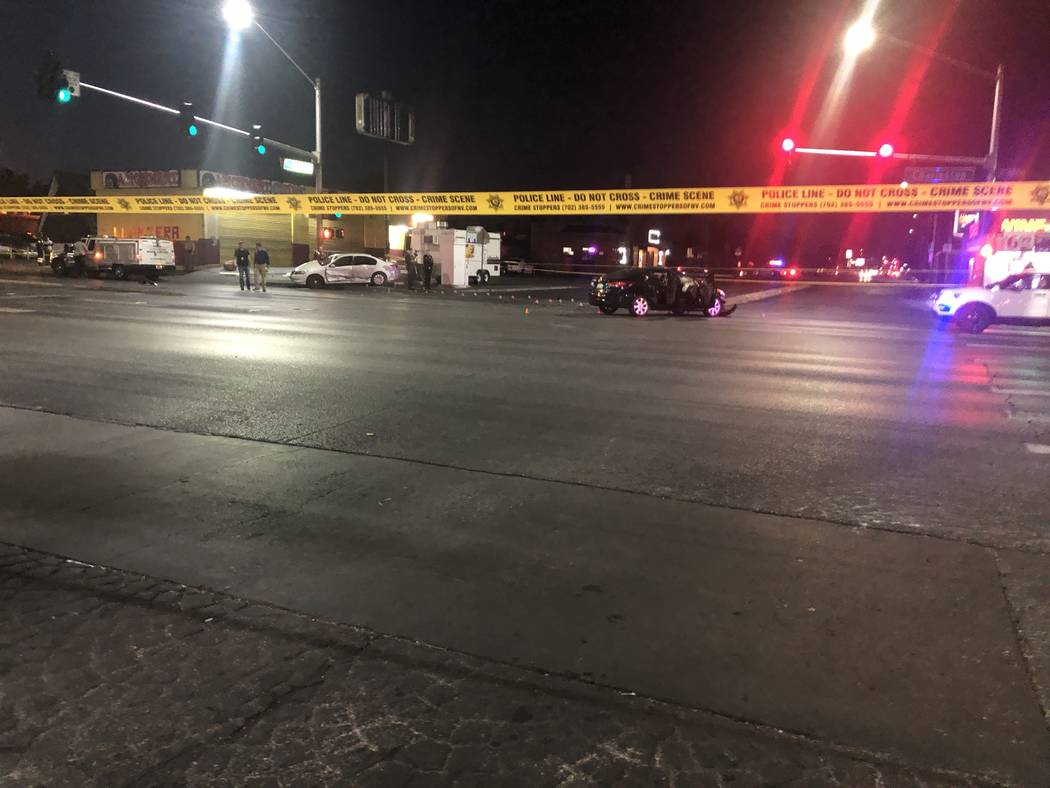 Police were called about 1:15 p.m. to the intersection of Bruce Street and Charleston Boulevard, near Fremont Street, said Metropolitan Police Department Lt. Richard Meyers. Two cars collided in the intersection, with the impact causing a white 2009 Honda Accord to hit the pedestrian and his dog.

Evidence at the scene and witness accounts indicate that a black 2013 Hyundai Elantra driven by a woman in her 20s was traveling east on Charleston and turned left at the intersection into the path of the approaching Accord, driven by a man in his 20s. The Hyundai struck the left side of the Accord, causing the sedan to veer onto the northwest sidewalk, police said in a release.

“Another unfortunate case of a pedestrian being struck by a car,” said McCullough, who urged pedestrians to be wary of traffic while walking on sidewalks or sitting at bus stops. “This is one of those crazy fluke-type collisions.”

Charleston Boulevard was closed in both directions at the scene of the crash, but the road should reopen Saturday evening, McCullough said.

Police do not believe that either driver was impaired or speeding. Both drivers stayed at the scene and were cooperating with police, he said.