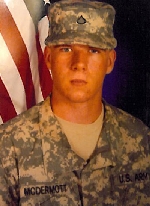 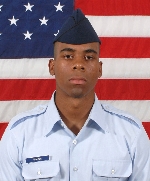 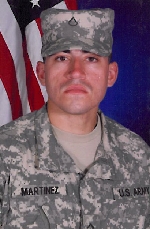 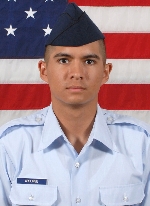 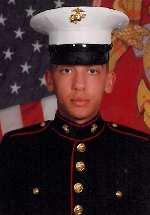 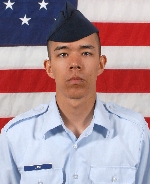 Tyler Mason has graduated from basic military training at Lackland Air Force Base in San Antonio.

A 2008 graduate of Desert Pines High School, Mason is the son of Tracey Mason of Las Vegas.

Dion Woodward, 18, has graduated from the United States Marine Corps as a private first class.

Dustin Martinez, 22, has graduated from U.S. Army basic training at Fort Sill in Lawton, Okla., where he earned distinction as an honor graduate.

A 2007 graduate of Basic High School , he now resides in Smyrna, Ga., where he is an emergency medical technician.

Martinez is the son of Gil and Lydia Martinez of Las Vegas.

A graduate of Chaparral High School, he is stationed at White Sands Missile Range in New Mexico.

McDermott is the son of Edward McDermott Sr. of Las Vegas.

Troy Lima has graduated from basic military training at Lackland Air Force Base in San Antonio.

A 2008 graduate of Las Vegas High School, Lima is the son of Thomas and Carolyn Lima of Las Vegas.

Brandon Crounse has graduated from basic military training at Lackland Air Force Base in San Antonio.

A 2010 graduate of Las Vegas Academy, Crounse is the son of Bruce Crounse and grandson of Barbara Eddington, both of Las Vegas.

Dearborn’s artwork was featured on the foundation’s 2011 holiday card, which was mailed to 16,000 people.
Paulani Wong and Haley Grantham, both juniors at West Career & Technical Academy, received second and third places, respectively.

The three students were honored at a ceremony Dec. 12. The winning artwork will be displayed in Blick Art Materials and on the foundation’s website.

Juan Gonzalez, a senior at West Prep School, was awarded first place by Montblanc and The Public Education Foundation in a contest for Clark County School District high school students.

Gonzalez’s story, “My Friendly Neighborhood Mr. Rogers,” was one of more than 250 entries submitted.

Teachers were encouraged to give the contest theme, “There are many stories to tell. What’s yours?” as a creative writing assignment.

The students and three of their teachers, Jenn Fritz of West Prep School, Angelique Callicoat of Del Sol High School and Joanne Ho of Clark High School, were honored at a ceremony Dec. 15.

The winning stories are on the foundation’s web site.

Reginald Rittenhouse of Henderson has earned a Bachelor of Science degree from Excelsior College in Albany, N.Y.

Mackenzie Strabala of Las Vegas was named to the honor roll at Phillips Academy in Andover, Mass., for the fall 2011 semester.

Megan Robbins of Las Vegas has been named to the dean’s list at Central Methodist University in Fayette, Mo., for the fall 2011 semester.

Anna Pauline Magno has graduated from basic military training at Lackland Air Force Base in San Antonio, where she earned distinction as an honor graduate.

A 2010 graduate of Southeast Career Technical Academy, Magno is the daughter of Evelyn Magno of Las Vegas.