The Ice House, 650 S. Main St., was once the home of one of the hottest — and, at the same time, coolest — downtown bars, the Ice House Lounge. The house opened in 2003 and closed in 2009 — a victim of the economy and being at not quite the right place at not quite the right time. The bar shuttered its doors more than a century after the inspiration for its name opened.

“The Ice House was on the National Register of Historic Places in Clark County,” said Mark Hall-Patton, museum administrator for the Clark County Museum system. “It was still making ice until it closed in 1983. It burned and was demolished in 1988, a few years before I came to town.”

The original Ice House was near the location of the current building, along the railroad tracks. Officially, it was the Las Vegas Ice Plant, but it was more commonly called the Ice House, a throwback to earlier days before ice could be artificially made. Ice was cut into blocks from frozen ponds in the winter, stored in ice houses, and parcelled out over the year to keep food cool. Ice was shipped from New England across the world.

The Ice Plant was actually the second in town, following the Armour Ice Plant, a wooden structure that burned down in 1907. The new, primarily concrete structure was built by the Pacific Fruit Express Co., a subsidiary of the Union Pacific Railroad, to provide ice for shipping across the desert. It produced ice for 75 years, and for many of those years, it was the only ice plant between Salt Lake City and Los Angeles.

“There were a couple of fires started accidentally by homeless people who were using the plant for shelter,” Hall-Patton said. “It’s one of the great historical structure losses in the valley.”

The cocktail lounge built in 2003 boasted a bar with actual ice on its top, kept cold through a refrigeration unit underneath. Upstairs was an event space, and it was the site of some of the earliest official First Friday after-parties and live music shows, including an early performance by The Killers.

The building was unoccupied for three years until real estate developer Jeffrey Fine acquired it for $1 million and converted it to office space.

“We still get people walking in there, looking for the bar,” said a Fine Properties employee, who wished to remain anonymous. “Anyone who was there when it was a bar wouldn’t recognize it inside now. It’s been completely renovated, and the bar area was subdivided into offices.”

When the bar was built, the oft-floated idea of a high-speed railroad into Las Vegas from Los Angeles was being discussed, with the proposed railroad station being behind the bar, on the property once occupied by the ice plant. Similarly, the original plans for the Las Vegas Monorail included a phase 2 to downtown with a stop near the bar. Without those projects literally bringing traffic to the area, the bar proved to be too far from both downtown and 18b Arts District, and no new projects were developed in the immediate area, all of which contributed to the once-popular bar’s decline.

The historical Ice House is memorialized on a mural near the property. The Ice Plant helped to make transportation of perishable goods through Las Vegas feasible and provided ice to Las Vegas homes and businesses for years before time and new technology passed it by. 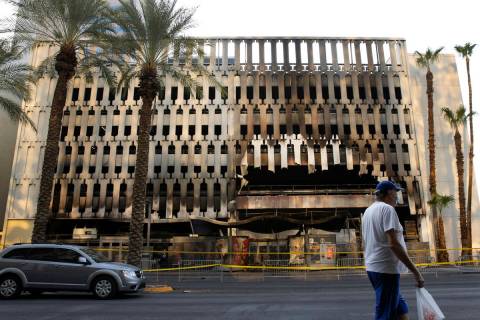 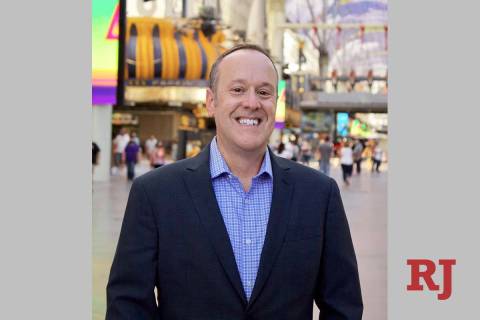 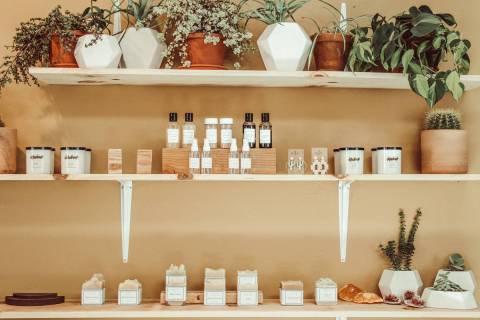 Featuring a rotating selection of locally made goods, The Market Shop will celebrate its grand opening at Fergusons Downtown on Sept. 26. 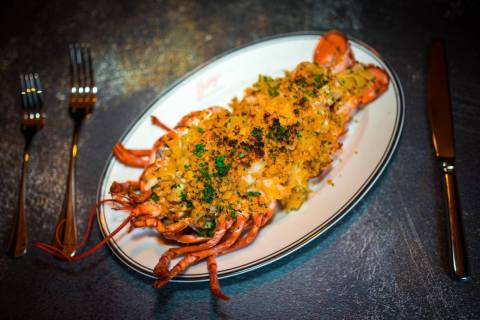 In the shadow of Vegas Vickie, Barry’s will blend old and new
By Heidi Knapp Rinella / RJ

When it opens with Circa late next month, Barry’s Downtown Prime will have elements of Barry Dakake’s 18 years at the Palms, with new twists. 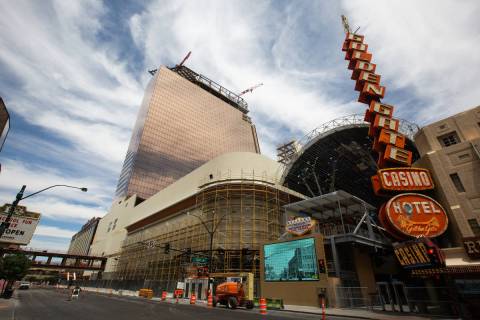 Downtown’s newest resort is continuing its hiring spree ahead of its opening next month.