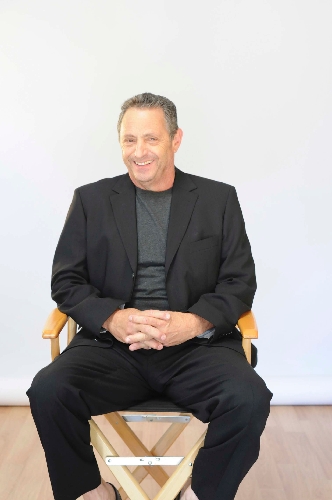 From being part of organized crime on the streets of New York to the bright lights of Hollywood, former mobster Salvatore Polisi has seen it all. Come Sunday , Polisi will condense this decades-long story of his history with the mob in “The Sinatra Club,” a one-man play slated for 2 p.m. in the main theater at Clark County Library, 1401 E. Flamingo Road.

Polisi, who wrote the screenplay for the movie by the same name in 2010, said the play provides insight into the life of a former mobster, from the day he entered a life of organized crime to the decision to leave the witness protection program and become a writer.

“When I first did the play, what I learned is that there is so much information I had that I can’t show the audience all of it,” Polisi said. “I refocused it so I could concisely tell the story about how I got in (the mob) and how I got out.”

Polisi said the refocused version of “The Sinatra Club” is about 50 minutes long, which gives the right amount of time to convey his message of avoiding similar bad decisions that can affect one’s life. He takes the audience through a personal journey of working for mobster John Gotti, divulging details about robbing banks, almost killing men and experiencing a few close calls with death .

“In that period, three times, I came close to killing someone,” Polisi said. “I managed to survive getting shot in the back where guys left me for dead. This is my story of thinking about this glamorous life when it wasn’t really glamorous at all.”

Julie Okabayashi, scheduling specialist, had a chance to talk with Polisi in January when he screened the documentary “Ubatz” at the Clark County Library’s Mob Month presentations. Okabayashi said having Polisi tell his story in a one-man play brings to life the struggles he faced coming out of the mobster lifestyle.

“Sal was telling me about this play he had done, talking about the trials and tribulations of what he had to go through,” Okabayashi said. “I could see the message there that needs to be told, and he’s the only one who can tell it.”

Okabayashi said “The Sinatra Club” is meant for mature audiences, and those who attend can benefit from Polisi’s strong – but sincere – message.

“Everyone around him was affected by his consequences,” Okabayashi said. “In his ‘Sins of the Father’ book, you see how much his life of crime affected his boys and his wife. He wanted to correct his mistakes and put civility back in his life. It’s such a strong message.”

Though a similar message is conveyed in the 2010 film, Polisi said the audience will see something different in his one-man play. The movie depicts events that occur in one night, he said, while the play spans more than 40 years of his life.

“I take the audience on the trip through my life,” Polisi said. “The movie shows one little night. On stage, it’s far more compelling. It’s real.”

Polisi hopes to depict this reality to the audience in Las Vegas, showing not only his life of crime but the consequences he still deals with today.

“The bottom line is that crime really doesn’t pay,” Polisi said. “The message is it’s wrong, and it takes years to figure that out. If I’d done it all over again, I’d do it a little bit differently. I’d do it with a great deal of zest and humility.”