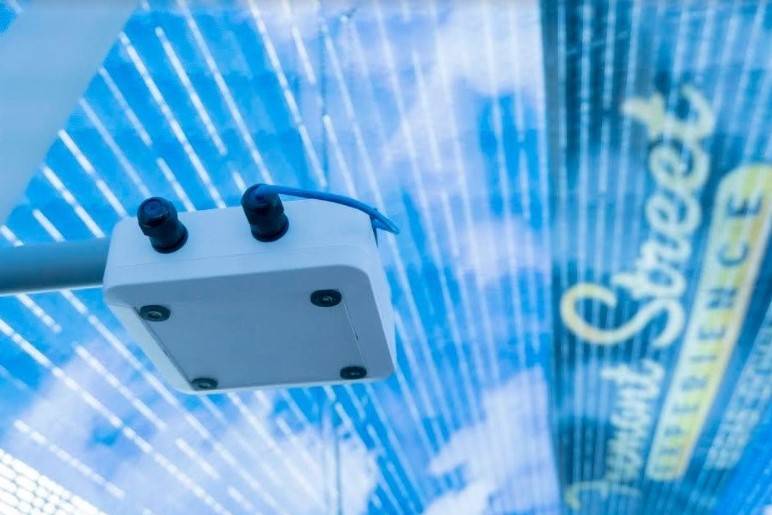 ShotPoint, the only indoor-outdoor gunshot detection technology, was implemented by the company Databuoy to cover the entire Fremont Street Experience canopy in Las Vegas. (Databuoy)

A former military invention to detect gunshots and send photos of the shooter in seconds has been installed on Fremont Street.

ShotPoint, the only indoor-outdoor gunshot detection technology, was implemented by the company Databuoy to cover the entire Fremont Street Experience canopy. The technology can detect gunshots by location within 1 meter of accuracy and deliver a photo of the shooter to anyone subscribed to follow the device, according to Nick Jones, Databuoy chief sales officer.

“I know one of the only ways we’re going to make this city appealing to people again post-COVID is it has to be safe,” said Jones, a Las Vegas resident whose dad is a retired Metropolitan Police Department officer. “I live here and I have kids here. When I go out in public places and we go to a Knights game, that area outside T-Mobile, we need to secure these places so families feel safe.”

The technology was created by the Defense Advanced Research Projects Agency within the Department of Defense in 2006. After going private in 2013, Databuoy has been marketing the product to cities nationwide as competition to ShotSpotter, Jones said.

ShotSpotter covers more than 23 square miles of the Las Vegas Valley and sends a notification to an acoustic expert at the ShotSpotter company headquarters in Newark, California, when it detects possible gunshots. The expert determines whether the gunshot detection is legitimate and, if it is, alerts the Metropolitan Police Department with the time, number and location of the shots.

Jones highlighted ShotPoint’s accuracy in detecting gunshots because it has learned to differentiate among fireworks, cars backfiring and actual gunshots. ShotPoint will also send the information and a photo directly to agencies involved.

“The big thing is you can’t stop a shooting from happening,” he said. “We keep a tragedy from becoming an all-out catastrophe. That’s where we can mitigate those things and give accurate, correct data.”

After installing the detectors throughout the canopy about four weeks ago, Jones said, the company is in conversation with other Las Vegas properties and conventions.

“All properties can subscribe to it through the Fremont Street Experience management and if anything happens under the canopy they’ll know,” he said.

ShotPoint is also equipped to detect other noises, such as consistently loud parties at the same house each night or someone yelling for help, but it’s not currently being used in this capacity in Las Vegas. 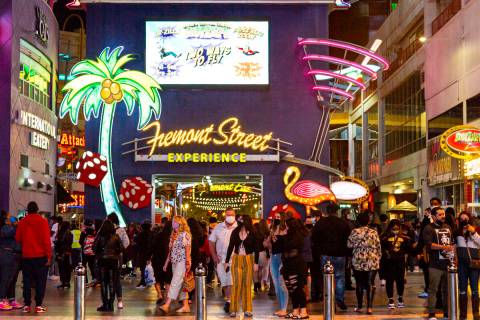 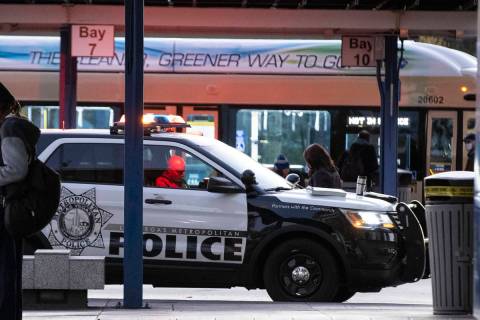 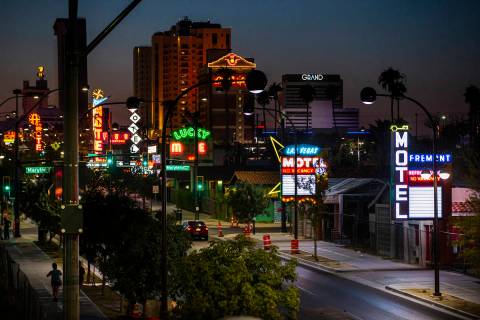 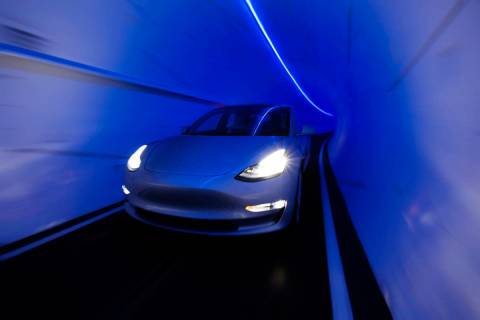 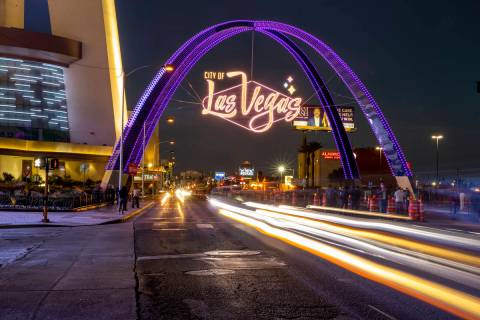 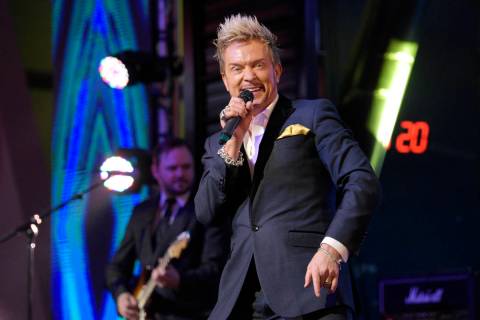