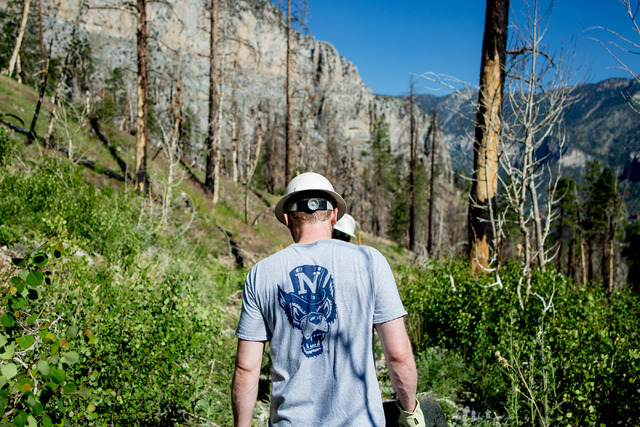 Rusty Shepard, a volunteer for three years, walks to his station with other crews members from Great Basin Institute and volunteers from Friends of Nevada Wilderness as they worked on the South Loop Trail of Mount Charleston June 25. The trail has been closed since the Carpenter 1 fire in July 2013. Elizabeth Brumley/View Follow @elipagephoto on Twitter 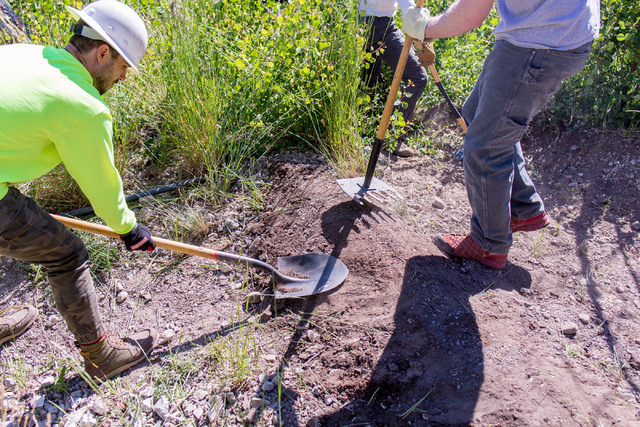 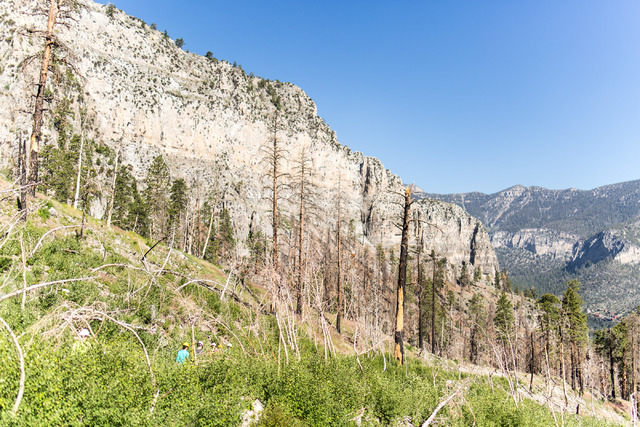 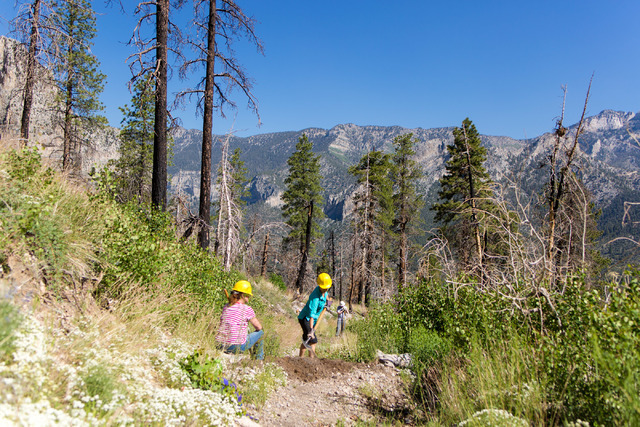 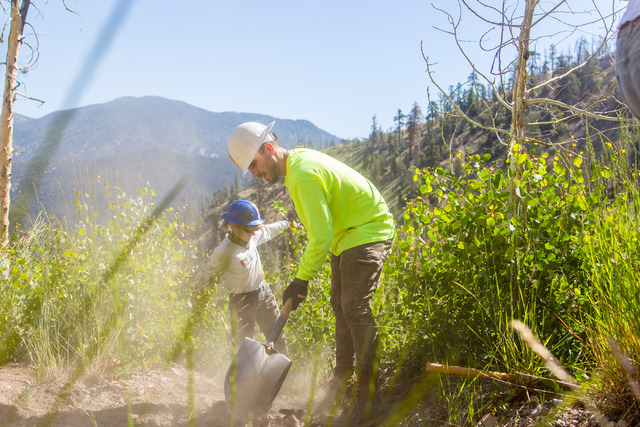 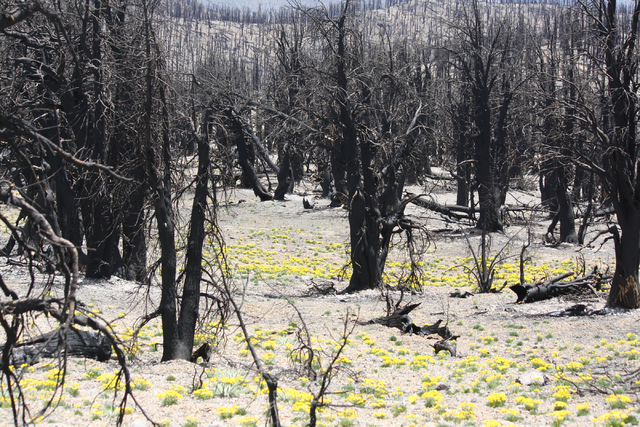 Three years ago, the lighting-sparked Carpenter 1 fire burned through the Spring Mountains for more than three weeks. The fire forced the evacuation of hundreds of homes in the mountains and burned almost nearly 28,000 acres of land.

While the charred remains of Joshua trees and other burned shrub serve as a reminder of the devastation, the U.S. Forest Service has been working to rebuild trails and strengthen its services.

One of the challenges of restoring the trails has been due to the fact that much of the destruction is centered within a federal wilderness area, which prevents workers from using mechanized equipment such as trucks, chainsaws or heavy construction machinery to access the trails or remove debris, said John Asselin, Spring Mountain Gateway Visitor Center information assistant.

Instead of using cars, workers are required to haul handsaws, picks and shovels on horses or mules to not disturb the wildlife.

One of those critically endangered species is the Mount Charleston blue butterfly, which also lost its habitat due to the fire. The subspecies is known to occur only at high elevations of the Spring Mountains.

The butterfly requires an open habitat that supports its larval host plants, which grow between 8,200 to 11,500 feet.

Threats and conservation issues to the Mount Charleston blue butterfly include loss and degradation of habitat due to changes in natural fire regimes and succession, the implementation of recreational development projects and fuel reduction projects and the increases in nonnative plants, according to the U.S. Fish and Wildlife Service’s website.

Last year the U.S. Forest Service reopened the Cathedral Rock, Echo and Little Falls trails. In April, the department began its efforts in repairing the South Loop, which is set to open in September. Griffith Peak Trail is still closed.

Firefighters are primarily concerned with red brome, an invasive grass, but they continue receiving daily updates form the National Weather Service to keep on top of things.

Duffy Grismanauskas and his wife, Becky, have been Mount Charleston residents for 28 years. Although they are in the process of moving to Henderson, they said they would never forget 2013.

Becky said she remembers having a barbecue with neighbors during Fourth of July weekend that year. They knew they were in danger.

“The fire was an eye-opener to the dangers of the mountain … it changed so much of the area,” said Duffy, who is also a Clark County firefighter. “One good thing that happened — it brought the community together and people really watched out for each other.”

Since the Carpenter 1 fire, Gonzalez said the fire department has made efforts to educate nearby homeowners on different fire-prevention measures. For example, the annual Pine Needle Pick Up and Barbecue encourages people to rake up pine needles around their homes, bag them and take them to a dumpster, reducing the chance of a spreading fire.

“If nothing else,” said Clark County Commissioner Larry Brown, whose district encompasses Mount Charleston, “the Carpenter 1 fire has truly raised awareness of how fragile Mount Charleston is since the fire escalated and lasted weeks.”

For more information, call the Spring Mountains Visitor Gateway at 702-872-5486 or visit gomtcharleston.com.