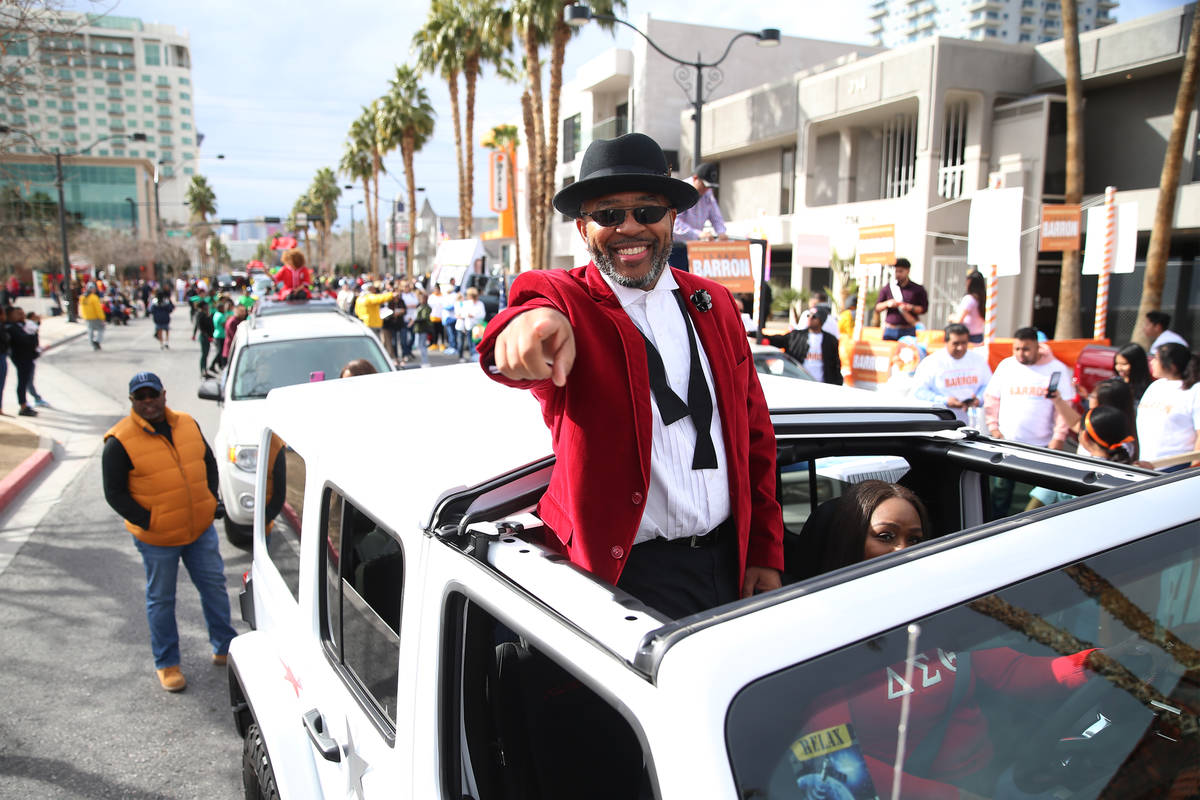 Even a global pandemic can’t stop Las Vegans from celebrating the life and legacy of America’s greatest civil rights leader.

Organizers of the 39th annual Martin Luther King Jr. Day parade in Las Vegas said this year’s Jan. 18 event will be a virtual one. And, although parade participants and organizers would prefer to be lining the streets of downtown Las Vegas for a traditional parade, featuring floats and bands like in past years, organizers hope the 2021 virtual event will draw significant viewership from across the nation.

While many other events across the nation celebrating King’s legacy have been canceled due to COVID-19, Las Vegas parade organizers have seized on an opportunity to move forward with a new, digital approach to the celebration by collecting videos from performers and bands, a live DJ, speeches from elected officials, a documentary with historical photos all while assembling a powerful hourslong tribute to King’s legacy.

“We hope the parade encourages people to remember, reflect and celebrate his birthday,” parade organizer Wendell Williams said Friday. “We want to try and move people to the beloved community Dr. King strived to have for us all.”

The virtual parade, which will start at 10 a.m., can be watched through a couple of social media platforms anchored from the parade’s website portal, kingweeklasvegas.com. Williams said organizers expect a large viewership from across the nation, including many who have ties to Las Vegas but who no longer live in Southern Nevada.

This year’s parade also features a partnership with the Tech Queen Elite Training Institute and Nevada Help Desk, an organization that trains, certifies and employs students pursuing a career in the tech industry. Thirteen local students, will be the hands and brains behind the virtual parade, this project, serving as an opportunity to add to their portfolios.

The students come from schools in southern and northern Nevada, including Advanced Technologies Academy, Coral Academy of Science Las Vegas, and Las Vegas Academy of the Arts.

For the parade, each student will play a role in website design, editing and video production, community outreach, and social media.

A-Tech student Cameron Mell, for instance, is taking over the parade’s social media.

“It’s an exciting opportunity to express the creative side of social media — I have this unique purpose in all of this to drive people to this virtual parade,” the 18-year-old said. “It’s crazy to say that I’ll be playing a huge part in the first virtual MLK parade.”

Williams said this year’s celebration has special significance, given the political and social turmoil the United States experienced in 2020 and just this week. He said King would want us all to come together as one and recognize the importance of demonstrating love, caring and understanding for all of our fellow Americans regardless of our differences.

“As we’re in a season focused on healing and restoration, keeping focus on this positive message and this dream and keeping it in our spirit, helps us as a society to love our neighbors as ourselves,” noted Duana Malone, creative director of Dr. Martin Luther King parade.