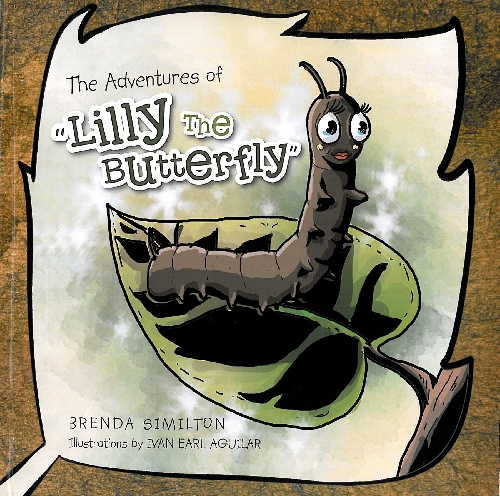 Las Vegas writer Brenda Similton’s book “The Adventures of Lilly the Butterfly” was inspired by a dream – a dream she thought she’d make into a reality. Dedicated to her children and grandchildren, the children’s picture book featured Lilly, a caterpillar who blossoms into a butterfly.

Excerpt from ‘The Adventures of Lilly the Butterfly’

They had no idea that they had changed from caterpillars into butterflies. After their shock, the three looked again, and began to smile, then laugh. Cara said, “Oh, my God, we’re beautiful.” Ciara began to cry. Tears of joy, that is. Chris was so amazed that he did a somersault right in the restroom.

Cameron told the friends, “It’s God’s way of change.” Then he began to explain to Lily and her three friends what happened to them in a song:

A Butterfly’s Birth (to the tune of “Hush Little Baby”)

A female butterfly lays all her eggs

Out jumps a caterpillar, crawling on its legs

The caterpillar then is rather thin,

So it eats til it breaks through its skin

After become really nice and big,

Caterpillar climbs high upon a twig

She makes a shell where she hangs inside,

The shell then cracks and parts divide

Within the shell a change was going on,

The shape of the caterpillar now is gone

The shell then cracks, now it comes out,

A gorgeous butterfly fluttering about