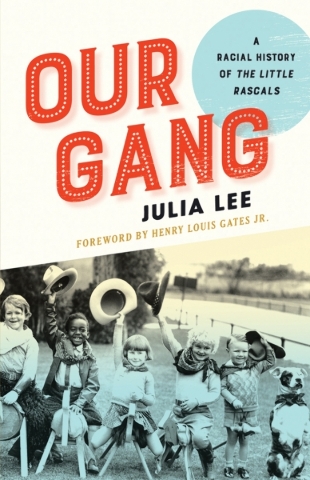 Julia Lee, assistant professor of English at UNLV and author of “The American Slave Narrative and the Victorian Novel,” turns her attention to classic children’s television in the book “Our Gang: A Racial History of The Little Rascals.” Lee explores what the series — from its silent shorts in 1922 to its revival in the 1950s — reveals about black and white American culture. As the child of Korean immigrants in the Los Angeles of the ’80s and ’90s, Lee said she watched “The Little Rascals” with no idea it had been filmed 50 years earlier or that it had once been considered unusual for black and white children to play together. “By watching ‘Our Gang,’ I learned, however imperfectly, what it meant to be American,” she wrote. The childhood fan turned scholar looks at the series, its young actors and the “writers and gagmen, unconventional men like Hal Roach and Bob McGowan, who tapped into powerful American myths about race and childhood to present an unusual fantasy of interracial friendship.”

What Hal Roach saw in that lumberyard on that sunny, Los Angeles day was a motley group of five or six neighborhood kids. They were scuffling in the dirt, collecting pieces of lumber from the sawed-off ends of wooden planks and using them as makeshift swords … Roach watched them, charmed by their antics. They were real kids, “on the square,” covered in sawdust instead of makeup. Roach suddenly thought, “Gee, if I could get some really clever kids as actors, just to play themselves, maybe I could make twelve of these things before I wear out the idea.”