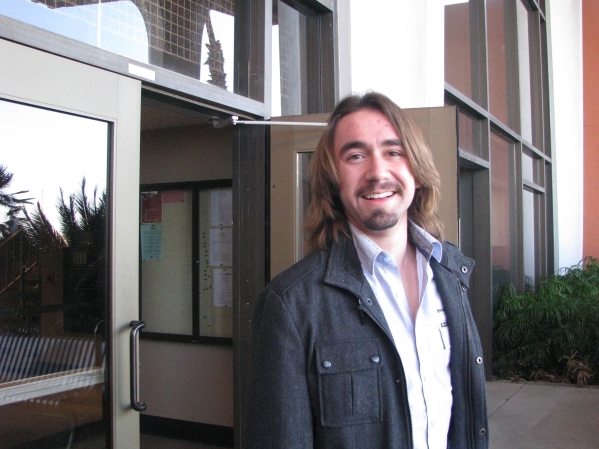 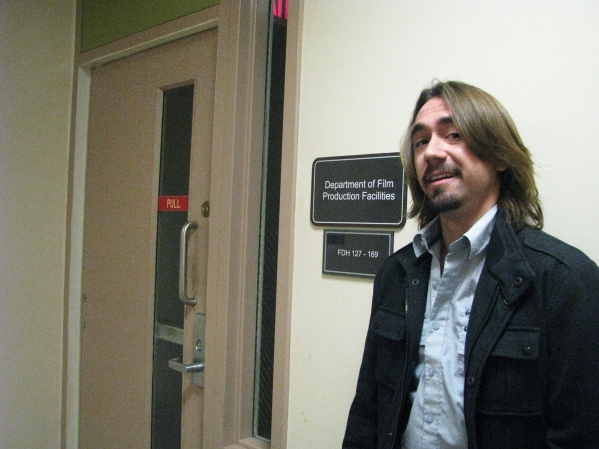 When Hunter Hopewell won a first-place award for his film “Numbskull” at the Peace in the Streets Global Film Festival, he found out via email. The same email asked if he could make it to the award ceremony at the United Nations in New York City. He had to decline because there was an inconvenient ocean in the way.

“I was studying abroad for a semester in Spain,” the UNLV junior said. “There was no way to make it to New York.”

He did take a detour on the way back from Spain to pick up the award for the short film about bullying. He took first place in the 14- to 18-year-old category at the festival, which is produced annually by the Peacemaker Corps Association, a non-governmental organization at the United Nations. He made the film while still attending Coronado High School.

“I started doing little stupid videos with my friends when I was about 13,” Hopewell said. “I got serious about filmmaking in my sophomore year of high school. I was part of the broadcast program.”

Hopewell has made more than 100 short videos, most of them humorous shorts or vignettes. “Numbskull” was one of a pair of films on the topic of bullying and was inspired by his own experience with cyberbullying in high school.

“My freshman year of high school, I was cyberbullied,” he said. “A kid said some terrible things about me online, so I know what it feels like to be on the receiving end of that transaction.”

The award was one of many he has received during his short filmmaking career.

“I started entering festivals when I got serious about the craft,” Hopewell said. “The first time I won an award, I remember thinking, ‘Man, maybe I can do this,’ and I’ve won 40 awards now.”

“That’s an unusual amount of awards for someone his age,” said David Schmoeller, one of Hopewell’s instructors at UNLV. “He’s kind of like Ron Howard in that he just started out as this kid who was acting in a few things, and then we noticed that he was directing all of these films. He’s very prolific.”

He has created two works that he feels have risen to the quality of “film,” he said, and he works with casino surveillance company World Game Protection.

“I make videos with the CEO about ways people are cheating at casinos,” Hopewell said.

He’s very pleased with the classes, instructors and resources at UNLV, and he’s currently working on his first feature-length script.

“The big hope is to be a feature film director one day,” said Hopewell, “specifically for Walt Disney Studios. That’s my big dream. I feel like my filmmaking style really aligns with their filmmaking style, or at least, I aspire for it to.”

As creative director for Rock*Comedy*Film, Hunter has done video work for companies such as Crayola LLC, MetLife, Coldwell Banker, Staples Inc., Lawry’s and more. Some of his commercial work has already aired on national television. He has recorded original compositions to accompany his films and works on impression both with and without musical accompaniment. The later works fit in with his other big dream of becoming a cast member of “Saturday Night Live.” The closest he’s come so far is outside of the show’s recording studio in New York City.

“I made a detour to New York on my way back from Spain so I could pick up the award,” Hopewell said. “I’ve never been there before. I tried to get in to see SNL, but they cut the line two people in front of me. I did hang out and meet the cast after the show and took pictures with them.”

When he went to the United Nations to receive his prizes, he met with Ambassador Karim Chowdhury, formerly Under Secretary General of the United Nations under Kofi Annan and Jury Chair of the Peace in the Streets Global Film Festival judging panel.

While he’s happy for the recognition and the new equipment, he’s mostly pleased that his film is being seen by a wider audience and that it may help to spread the anti-bullying message.

“Most of my films promote a peaceful and positive message,” Hopewell said. “I hope people see that bullying hurts and kindness heals more than most people realize. It’s my hope that this film encourages peace in the streets through kindness.”