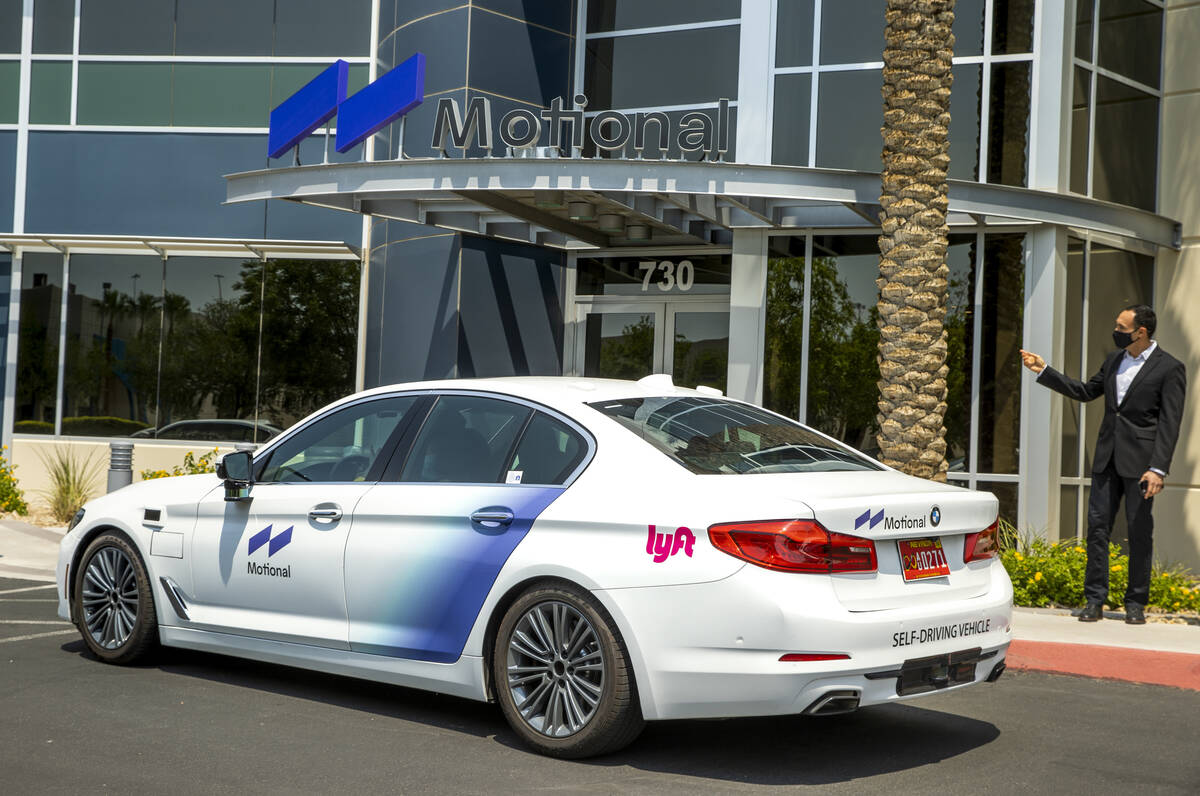 Abe Ghabra, Motional's head of US operations and managing director of the Las Vegas Technical Center, with one of the BMW autonomous vehicles outside the headquarters on Tuesday, Aug. 17, 2021, in Las Vegas. (L.E. Baskow/Las Vegas Review-Journal) @Left_Eye_Images

Those looking to get around downtown Las Vegas can now be transported in autonomous vehicles.

Autonomous technology company Motional teamed up with transit booking service Via to launch a robotaxi service Thursday in the downtown area.

Rides on the service are free and are available to anyone between 9 a.m.-5 p.m. Monday through Friday, bookable on Via’s smartphone app. The autonomous vehicles will provide pick-ups and drop-offs in the downtown area at multiple locations including: The STRAT; The D Hotel; Gold & Silver Pawn Shop; the Bonneville Transit Center; City Hall; Container Park; the Arts District; and the Clark County Government Center.

The rides will be provided in BMWs fitted with the latest driver-less technology with a safety driver in place.

All passengers are required to wear a face mask during their trip.

“At Via, we believe on-demand autonomous vehicles can play a huge role in expanding access to efficient, sustainable, and cost-effective transportation in our cities,” Cariann Chan, senior vice president of business at Via said in a statement. “We are proud that our partnership with Motional will achieve this goal through connecting Las Vegas riders with essential destinations and transit hubs.”

This marks the second autonomous transportation service in the downtown area in recent years. Between 2017 and 2018, an autonomous vehicle in partnership with AAA shuttled passengers around the Fremont East District downtown. That service too had a safety operator in place.

Motional has also been testing its fleet of driver-less vehicles in Las Vegas since 2018 through a partnership with ride hailing giant Lyft.

Motional has an operations center located near Harry Reid International Airport and a test track on the outskirts of Las Vegas.

Motional and Via announced a partnership in 2020 aimed at launching robotaxi service in Las Vegas that could be a springboard to launch service elsewhere. Motional also plans to offer autonomous rides in the Las Vegas area with the safety driver removed in 2023; the downtown service represents the next step toward that goal.

“Motional is a leader in operating commercial robotaxi services and we’re excited to continue that legacy with Via,” Abe Ghabra, chief operating officer at Motional said in a statement. “Our partnership offers a new channel for members of the public to experience safe and convenient self-driving rides, with a focus on effectively integrating Motional’s robotaxis with existing transit networks. We look forward to learning from this service and growing our collaboration with Via.” 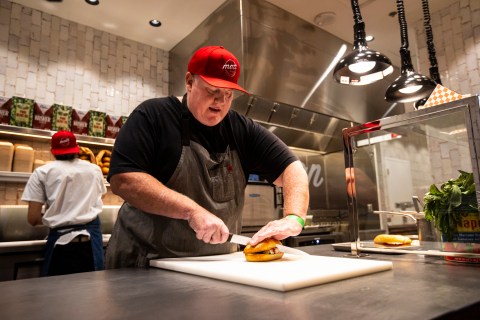