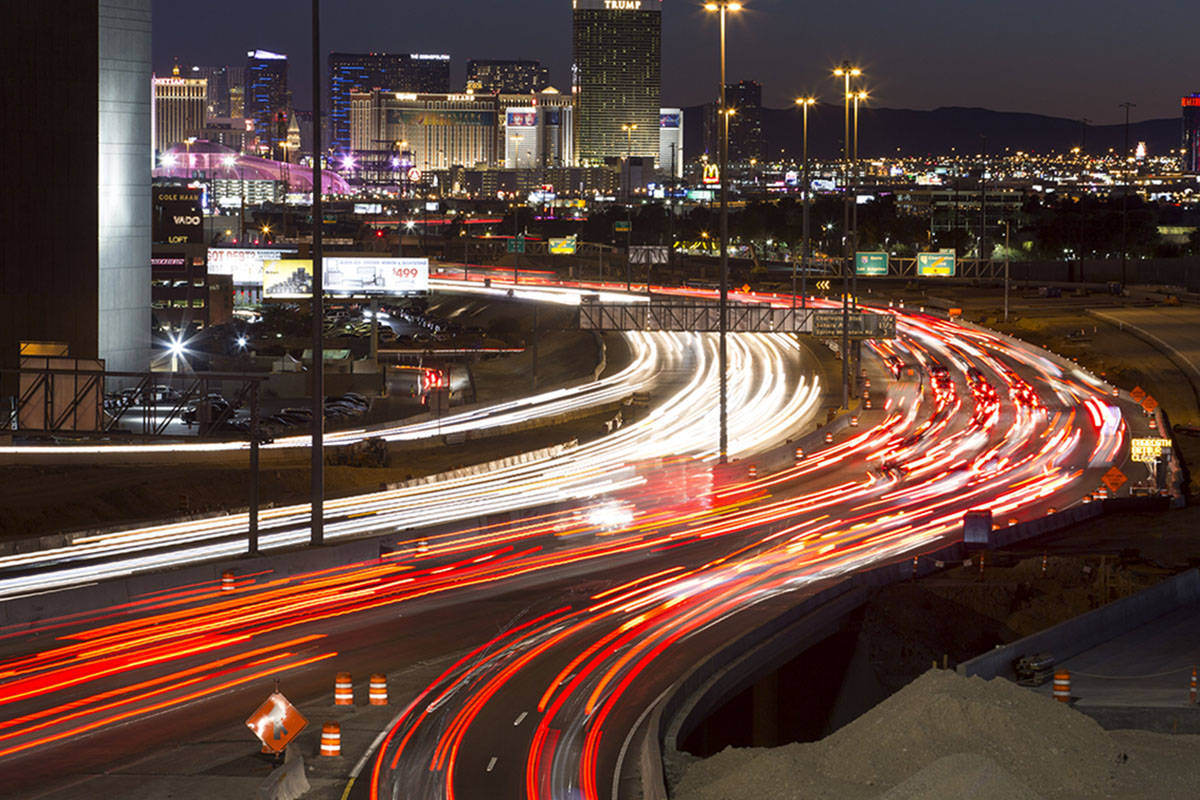 Traffic moves along Interstate 15 as seen from the Spaghetti Bowl in Las Vegas. (Las Vegas Review-Journal)

Who doesn’t want an extra hour of sleep during the coronavirus pandemic? It’s that time of year to “fall back.”

Most modern electronic devices will automatically update, but some appliances, such as microwaves and stoves, cars and other electronics may need to be manually updated.

According to a 2019 poll, 7 in 10 Americans do not prefer to switch back and forth to mark daylight saving time.

At least seven state legislatures have backed asking Congress to allow year-round daylight saving time in the past few years — and about 60 percent of California voters supported a ballot proposition in 2018 calling for such a move.

No time change for Arizona, Hawaii

The sun-splashed states of Hawaii and Arizona (with the exception of Navajo Nation) are the only ones where clocks won’t change at 2 a.m. Sunday, while most others have done the “spring forward” and “fall back” switches since Congress passed the Uniform Time Act in 1966.

Indiana joined them for more than three decades as a time-change holdout until 2006 when legislators by a single vote approved a business-backed push to have all its counties observe daylight saving time.