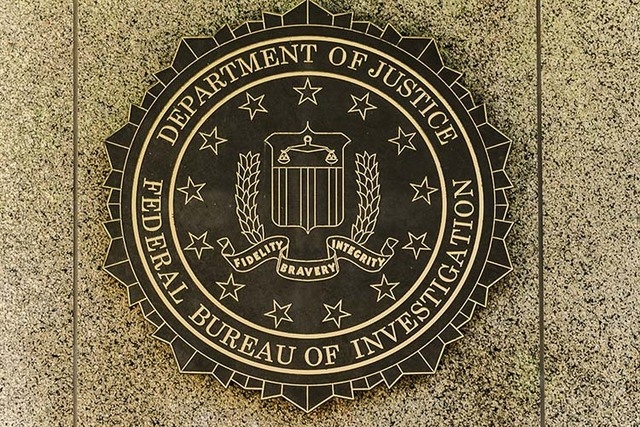 FBI agents arrested four of the defendants in Las Vegas on Tuesday, including the key players, Mark Bausch, 40, and Alan Rodrigues, 54. Both men were charged with conspiracy, wire fraud and money laundering in the 38-count indictment unsealed Tuesday.

The other two defendants taken into custody here were Rachel Glaser, 74, and Lee Panelli, 66. A fifth defendant, Craig Rudolph, 43, was arrested in Illinois, and the remaining two defendants, David Bergstrom, 49, and Jonas Bowen, 61, were to surrender in Las Vegas next week. All face conspiracy and wire fraud charges.

The four defendants arrested in Las Vegas pleaded not guilty before U.S. Magistrate Judge Nancy Koppe. All but Bausch, who said he legally changed his name to Mark Eting (a play on the word marketing), were released on their own recognizance. Bausch was ordered to stay at a federal halfway house while he and the other defendants await a March 2 trial.

Assistant U.S. Attorney Daniel Schiess sought to detain Bausch on grounds he is a danger to the community and himself.

Scheiss said Bausch has been diagnosed with mental issues and once told FBI agents he would kill himself before he went to jail. Schiess said his mother told authorities he neglects taking his medication.

The boiler-room operation took in $26 million over several years from 3,500 victims across the country, Scheiss told Koppe.

According to the indictment, the seven defendants carried out the scheme to defraud the small businesses from 2007 to 2010 through four telemarketing companies — Small Business Funding Co., Company Funds Inc., Foundation Research Inc. and Silver State Holding Co.

The conspirators made false statements to the business owners to get them to pay for their phony services and then used the money to “enrich themselves,” the indictment alleged.

“Today’s arrests highlight the FBI’s commitment to investigate financial crimes and the continued need for consumers to be cautious and protect themselves,” Laura Bucheit, special agent in charge of the Nevada FBI, said in a statement after the court appearances.

Nevada U.S. Attorney Daniel Bogden added, “You should always ask yourself if you have any guarantee that the person requesting your money will use it in the manner upon which you agreed. If the opportunity seems too good to be true, it probably is.”

An October 2010 Las Vegas Review-Journal article first linked Bausch and Rodrigues to several telemarketing companies that had been raided by the FBI.

Rodrigues since has been convicted in federal court with two other men in a separate nationwide tax scheme that cost the government hundreds of millions of dollars in lost revenue.

The scheme, which occurred more than a decade ago, involved a now-defunct Las Vegas company, the National Audit Defense Network. The company was accused of selling an Internet package, dubbed Tax Break 2000, to help thousands of clients across the country claim improper tax deductions.

Rodrigues and two co-defendants are to be sentenced in March on an array of felony convictions.

Bausch, who once filed for bankruptcy listing $155,000 in income from the Audit Defense Network, was involved in several businesses under his old and new names, including a record studio and several grant writing firms that use telemarketing techniques to help businesses find federal funding, according to state records.

He once considered himself a fledgling rapper.

Las Vegas FBI agents for several years have been mounting a crackdown on telemarketing companies that prey on small businesses seeking financial help to stay afloat. Dozens of firms here have been suspected of stealing millions of dollars.

Typically, the companies ask for money up front and then solicit more fees while promising to help the businesses get through the federal funding process. The firms often change names, incorporate as new companies and move offices to stay ahead of authorities.