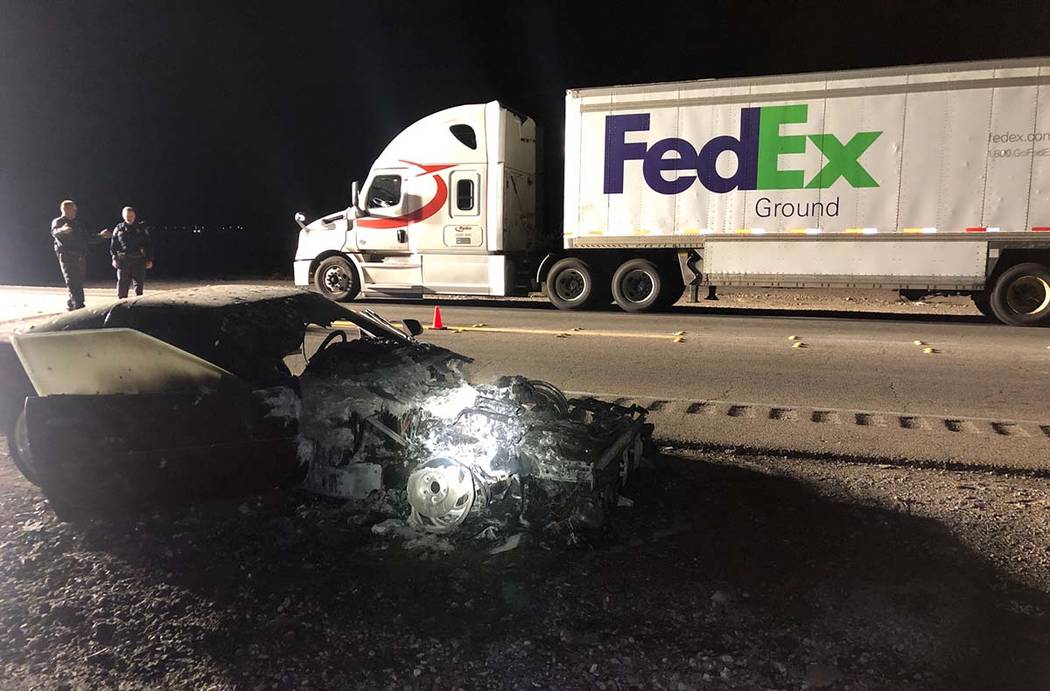 A charred 1993 Chevrolet Corvette and a FedEx truck at the scene of a fatal crash on Las Vegas Boulevard South near Via Inspirada, Thursday, Aug. 22, 2019. (Nevada Highway Patrol) 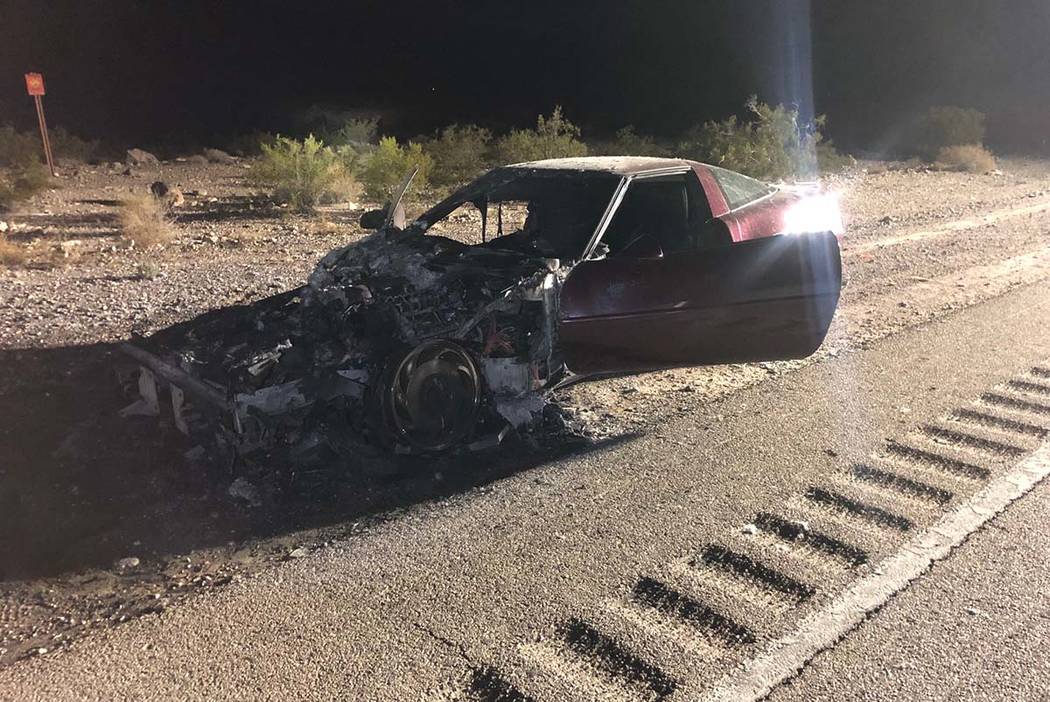 A charred 1993 Chevrolet Corvette sits on the side of the road on Las Vegas Boulevard South, Thursday, Aug. 22, 2019. (Nevada Highway Patrol)

A 60-year-old FedEx driver was fatally struck by a cement truck Thursday night while trying to help a driver whose car had caught fire in the southern Las Vegas Valley.

He was John Stacy of Pahrump, according to the Clark County coroner’s office. His cause and manner of death had not been determined as of Friday morning.

About 10:30 p.m. Thursday, Stacy pulled over on the shoulder of Las Vegas Boulevard South near Via Inspirada to help the driver of a 1993 Corvette, which had caught fire.

As Stacy was crossing Las Vegas Boulevard with a fire extinguisher, he was struck by a cement truck, according to the Nevada Highway Patrol.

Stacy died at the scene.

The driver of the cement truck remained at the scene and was cooperating with investigators, the Highway Patrol said. Impairment was not suspected.