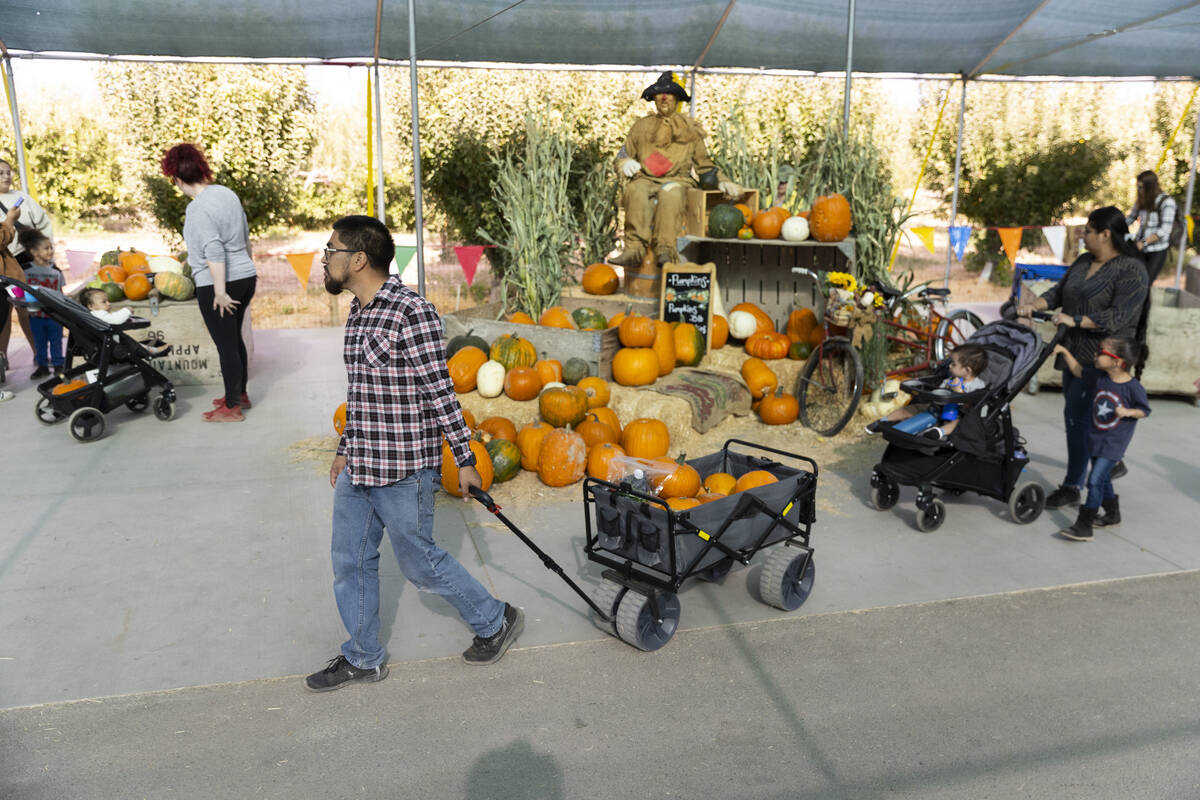 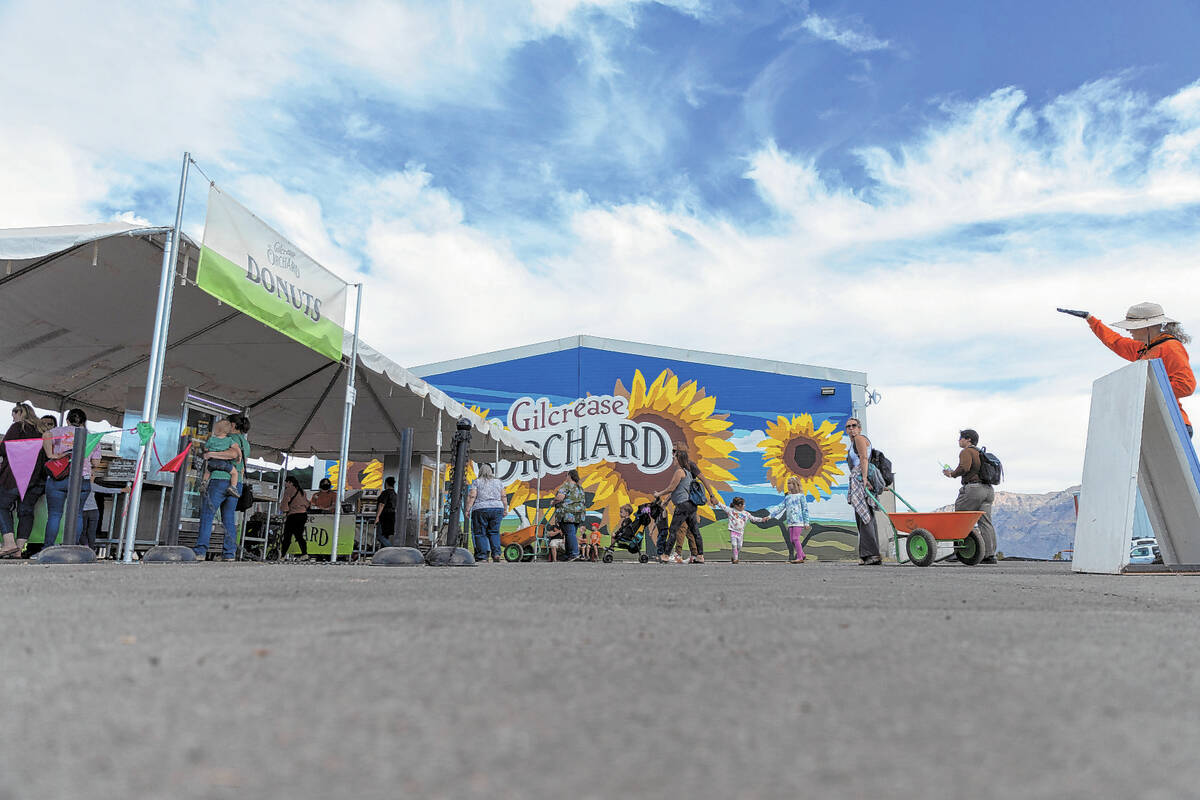 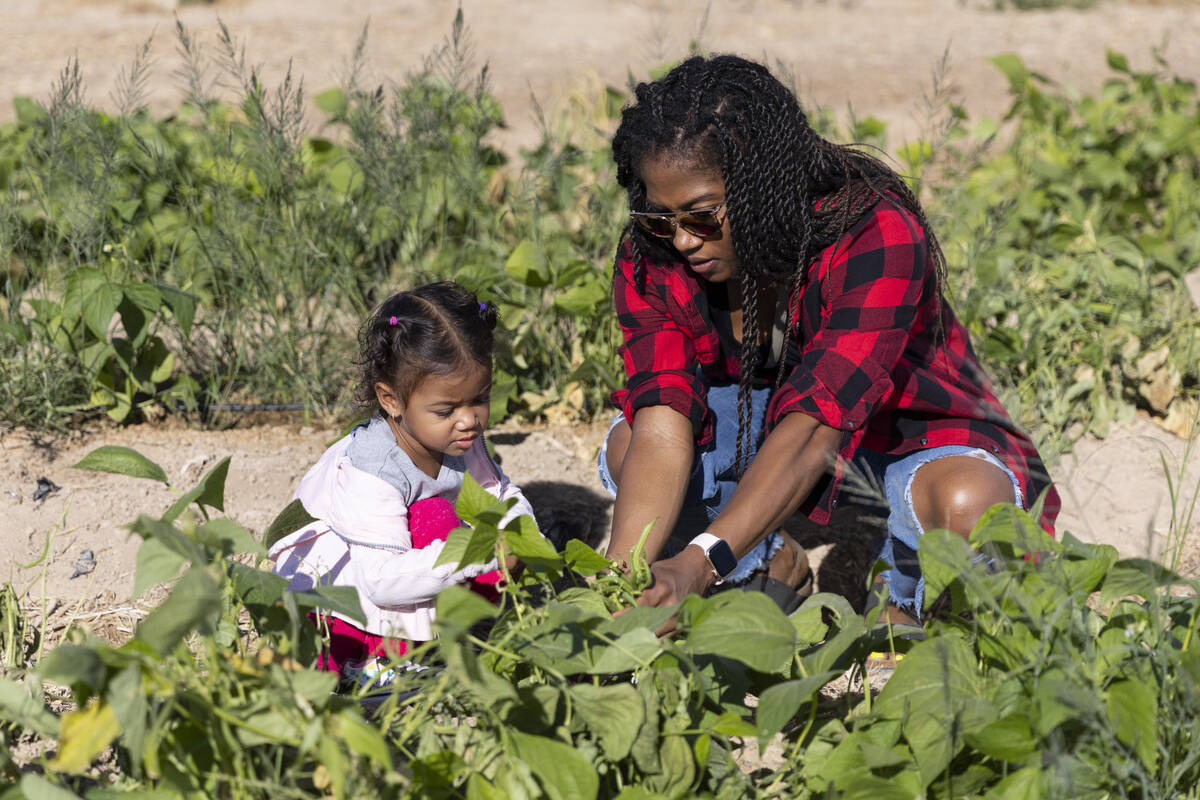 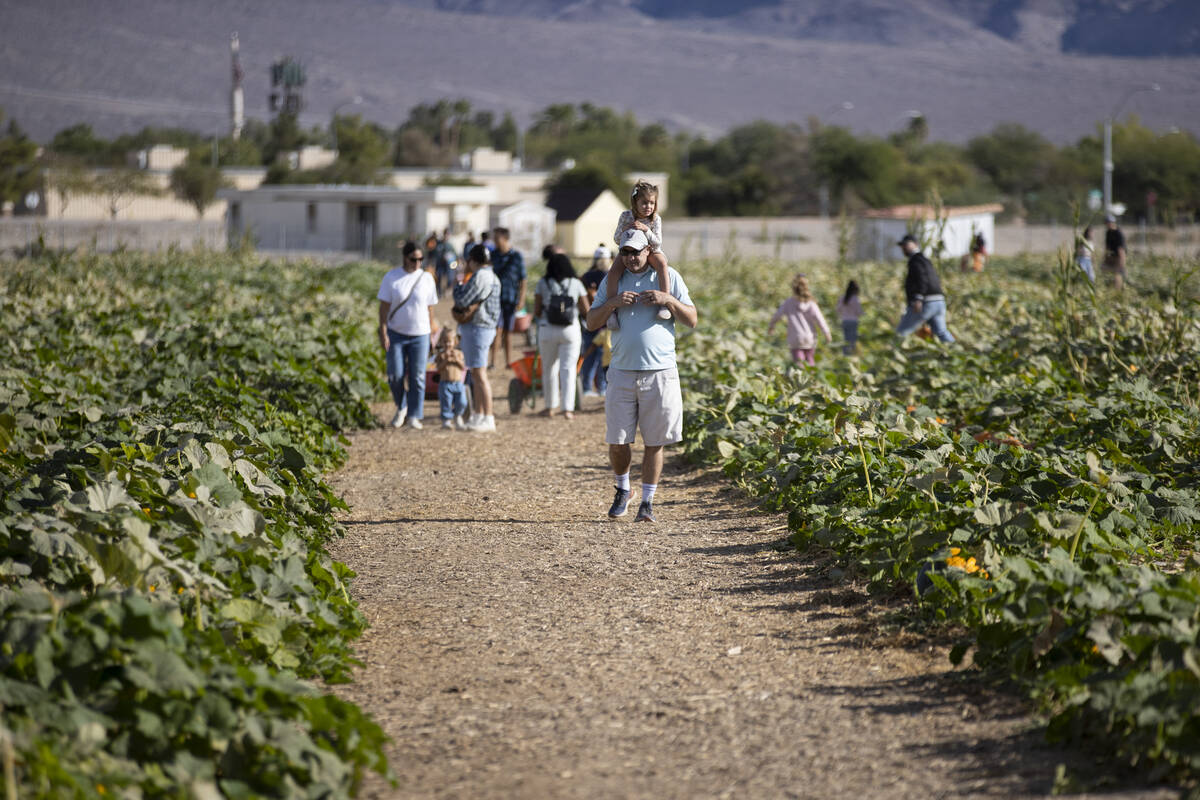 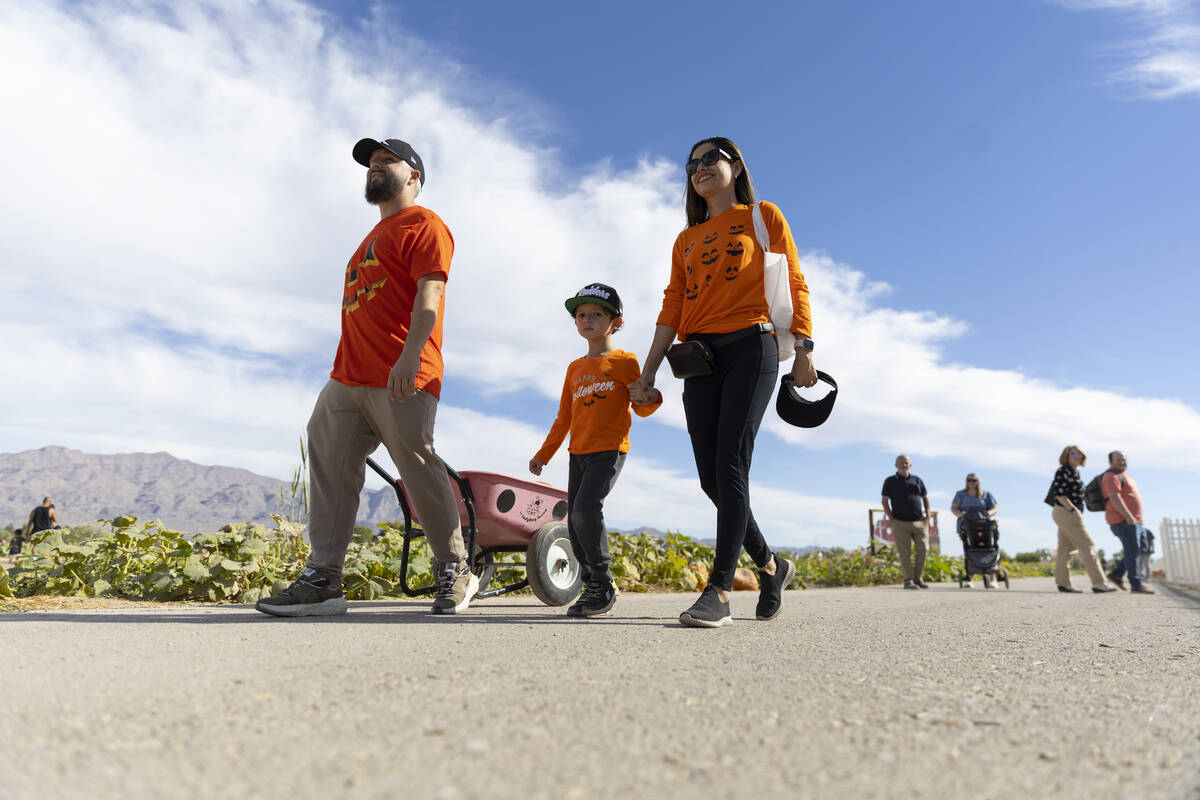 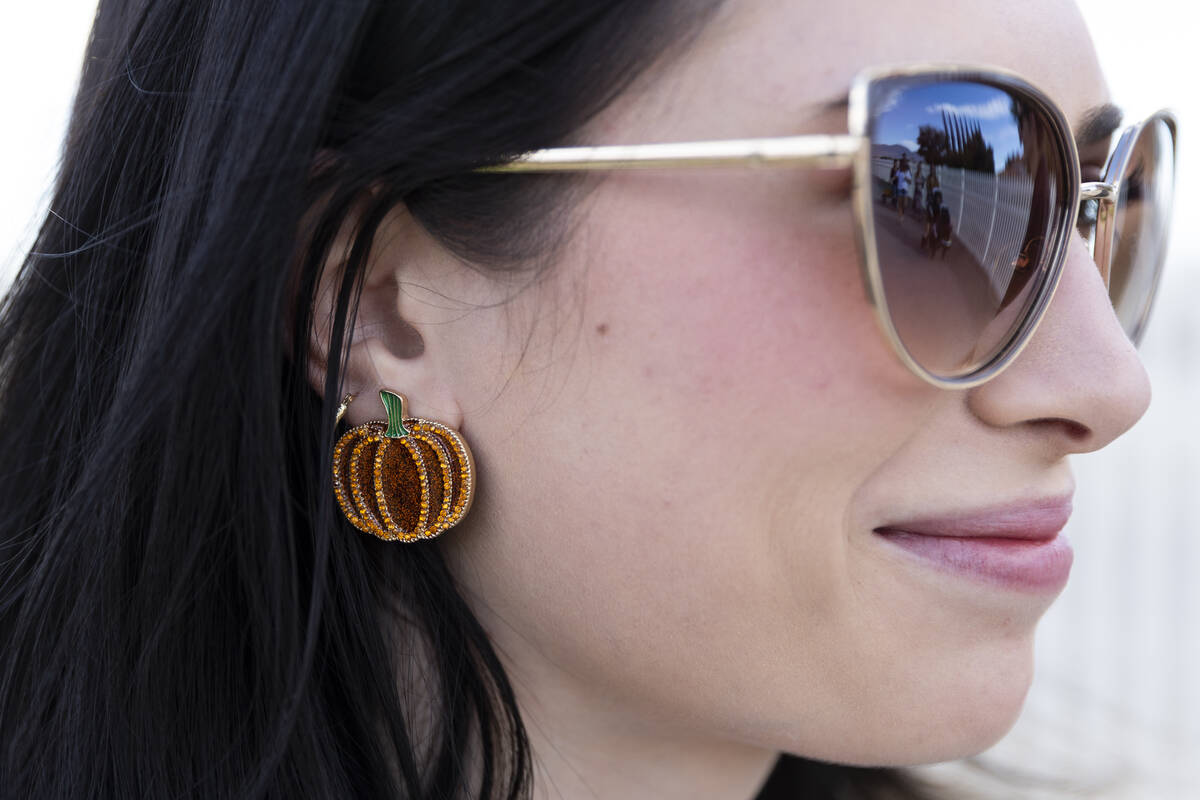 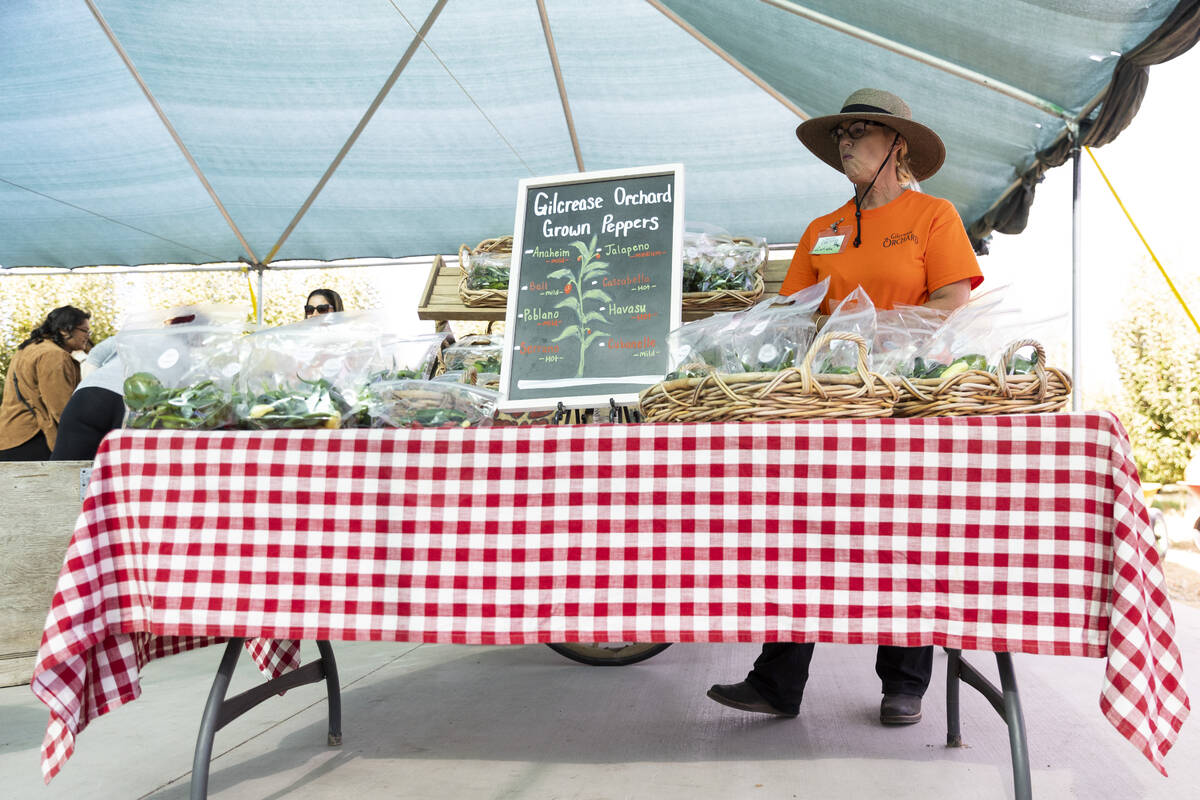 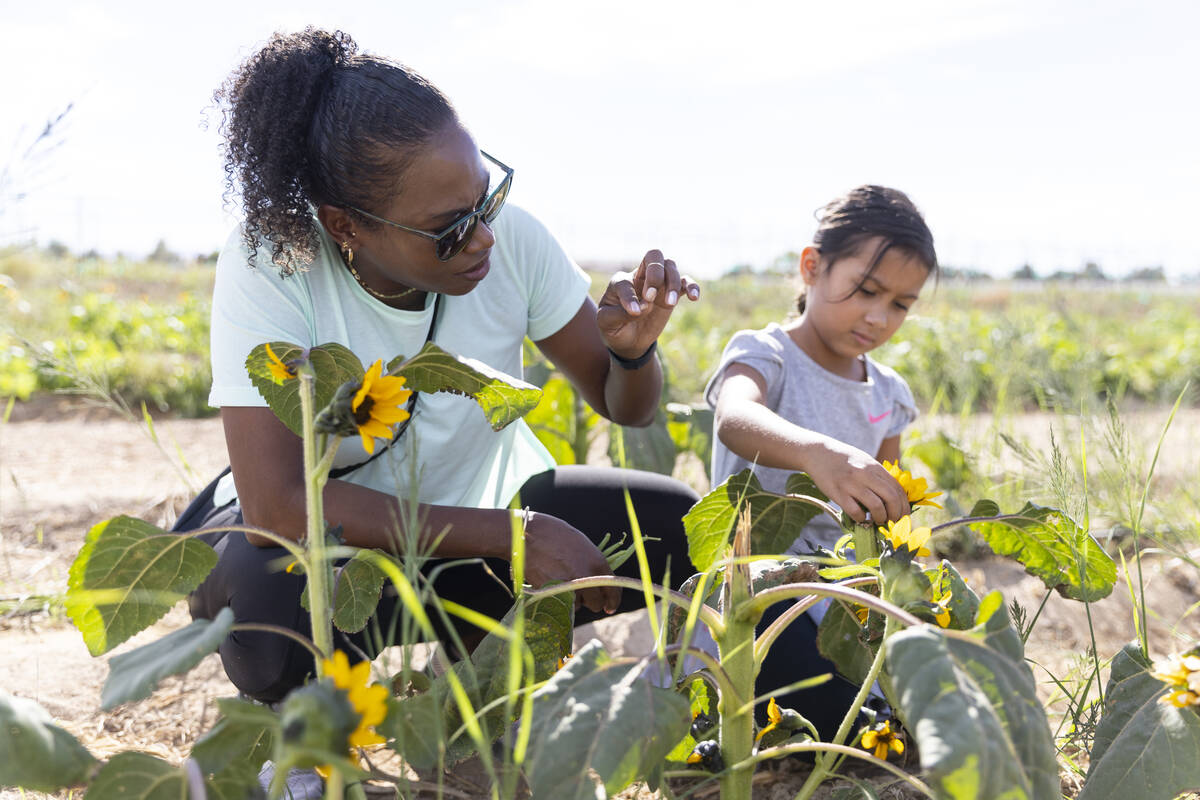 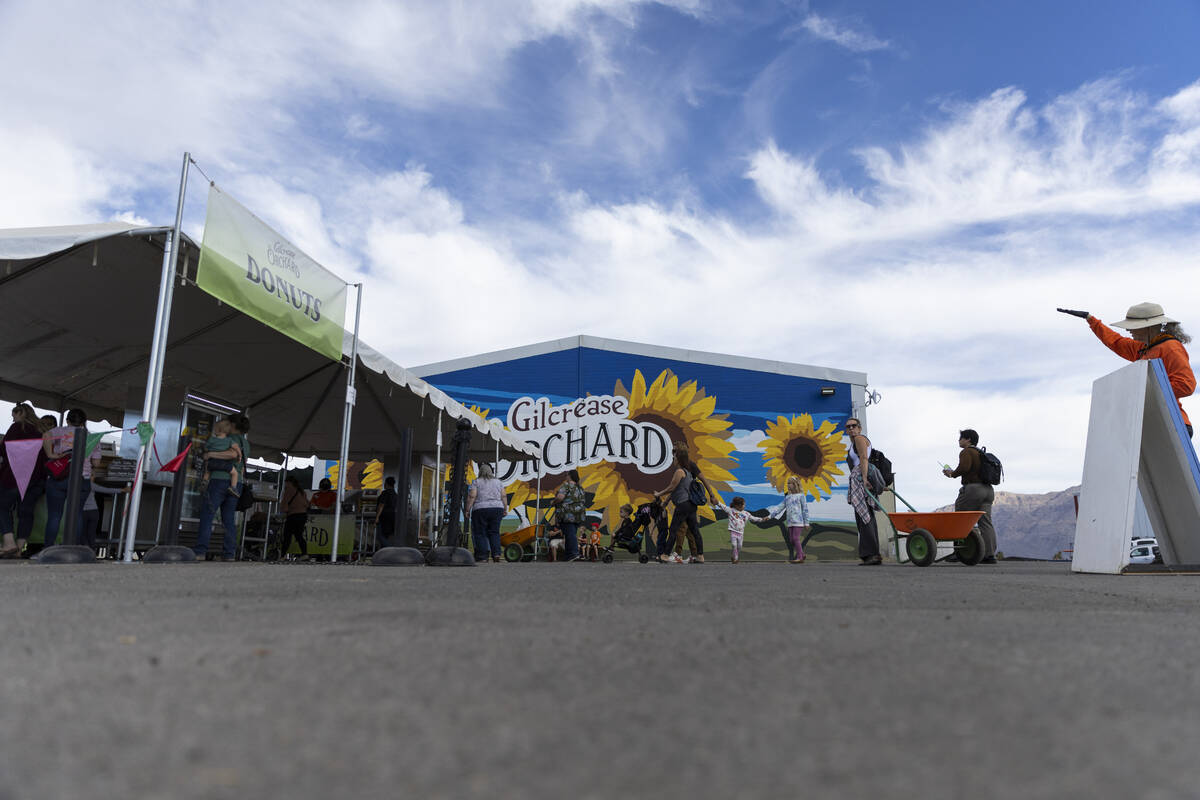 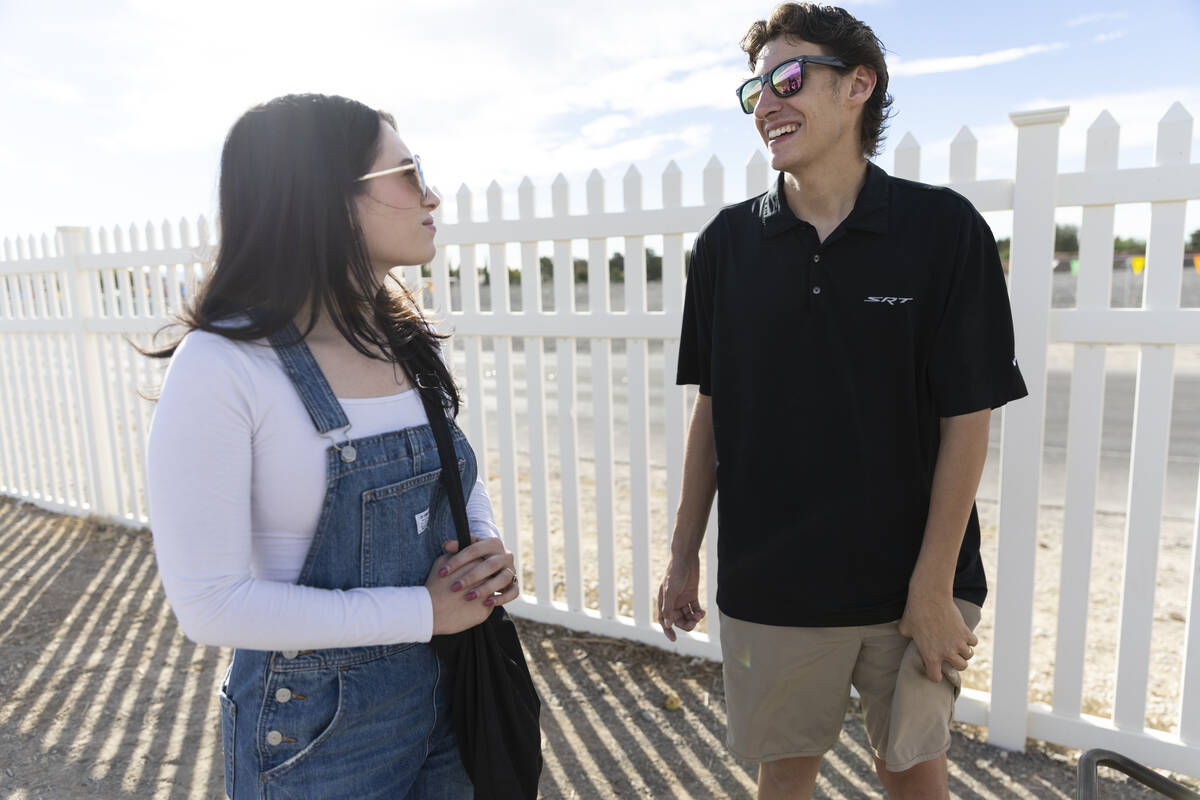 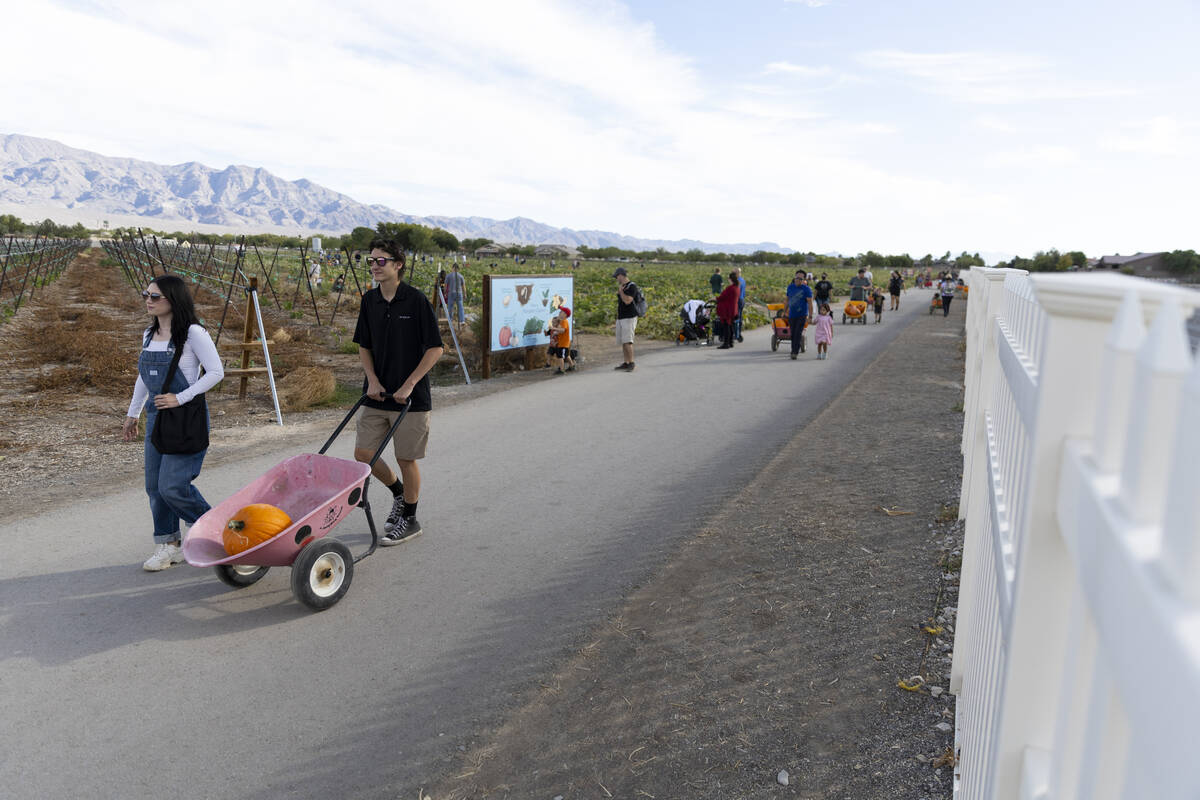 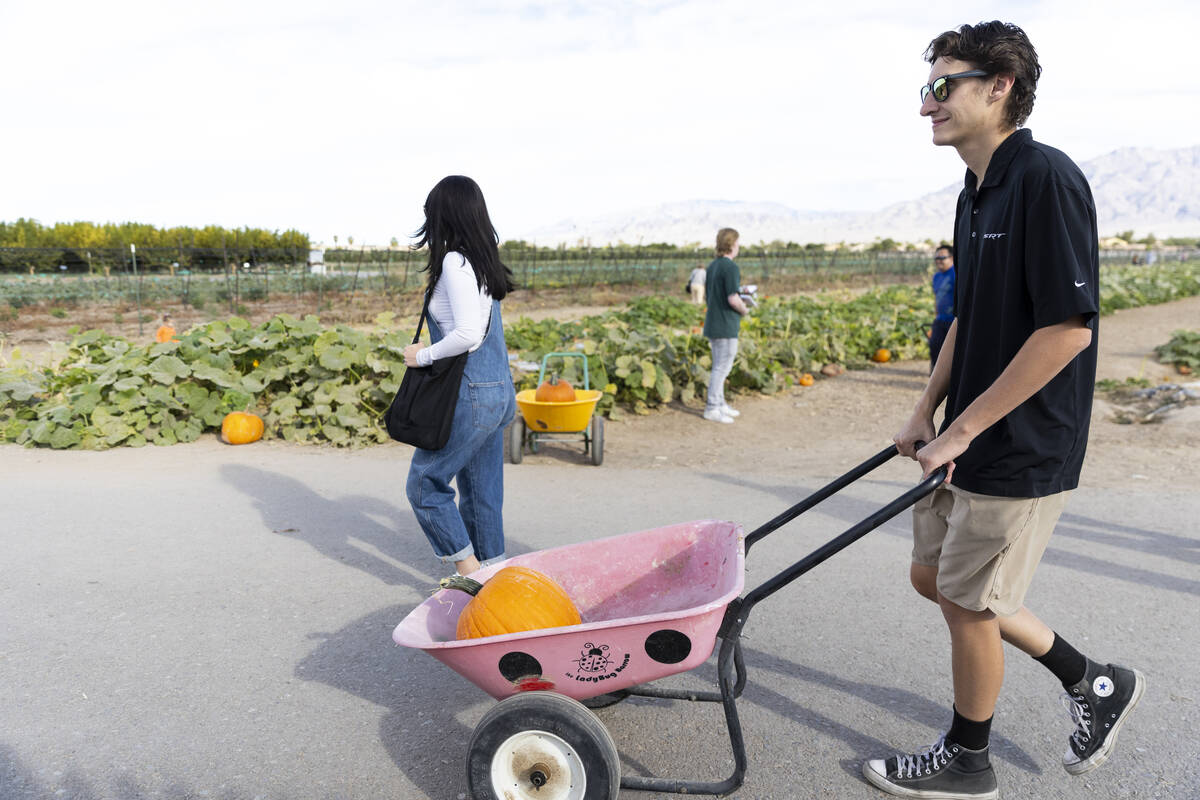 If you’ve made the trek to Gilcrease Orchard in the northwest valley, you’ve probably noticed more competition at the farm’s pumpkin patch and longer lines for its famous apple cider donuts.

“In every year since I’ve been here — and I’ve been here, now, 13 years — we’ve had more and more people,” Mark Ruben, director of Gilcrease Orchard, said.

This year, the orchard is welcoming an estimated 30,000 visitors per week, according to Ruben.

“I think the donuts drive everything, so they come out for the donuts because you can only get them this time of year and here,” he said. “Really, the donuts, cider and pumpkins all work together.”

Over the years, Gilcrease has made changes so as to draw locals to its farm at 7800 N. Tenaya Way, near West Grand Teton Drive. The nonprofit started growing different types of fruit and vegetables, created more parking lots and introduced additional food options and snacks such as kettle corn and shaved ice.

Revenue earned from the fall season, when thousands make the trip for the orchard’s pumpkin patch, is vital to its survival.

“October is big for us because after October we make very little money until May again, and so that (fall season) keeps us alive,” Ruben said.

Visitors said the orchard provides one of the few authentic fall experiences in the valley and provides an escape from the city.

He keeps coming back to the orchard with his wife, Carina, and their 4-year-old son, Owen, mainly for the pumpkins, apple cider donuts and kettle corn. The family also visits because Gilcrease is one of the few family-oriented activities in Las Vegas, he said.

“There used to be the Wet ’n’ Wild at the MGM but now that’s gone. But this orchard remains, and it’s magical in a way since there isn’t any place like this in the desert,” he said.

Escalante said he’s noticed some small changes to its operations like creating a separate entrance and exit and more items for sale, but he said the overall quality and maintenance at Gilcrease has remained.

The authenticity of Gilcrease and being able to pick vegetables from the ground drew Natalie Henline and her two young daughters on Thursday. Henline, who used to live in Las Vegas but now resides in Texas, was in town visiting her mother.

She said she was glad to be able to give her daughters, Ava and Layla, an authentic fall experience before Halloween.

“It will be nice that my daughters will get to choose actual pumpkins instead of just picking some up from a box at Smith’s,” Henline said.

Ruben said offering visitors the chance to find and pull their own crop is what sets Gilcrease apart from other Las Vegas attractions that often cater to tourists.

“We’re a working farm and not just an entertainment facility,” he said.

Ruben also noted the unique soil at the orchard is what makes the area suitable for a farm, even though its surrounded by housing.

“The reason this orchard exists is that the ground is special here,” he said. “It’s a very silty soil that you can dig without a pick. Everywhere else in town, you have to have raised beds gardens.”

Even with soil conducive for farming, the surrounding area has increasingly transitioned from rural to suburban, said Ruben.

But Gilcrease has been preparing for the change by buying surrounding plots of land and shifting their water rights to its main 60-acre site. The small plots of undeveloped land is used for parking and to create a buffer zone from the recently built houses, according to Ruben.

This strategy worked for first-time visitor, James Hall, who said it felt like he was in a different part of the country.

“When you’re here you forget you’re in a desert,” Hall said, who was at the orchard with his wife, Summer. “It feels like a Midwestern farm but on this side of the Rocky Mountains.”

Ruben did make one recommendation for those still planning to visit the orchard before Halloween.

“Get here early, and I mean early,” he said. “Most people think 9 a.m. is early, but I’m talking about getting here closer to 7.”

The orchard is open 7 a.m. to 2 p.m. on Tuesday, Thursday, Saturday and Sunday.

The last day for its fall season is Oct. 30.