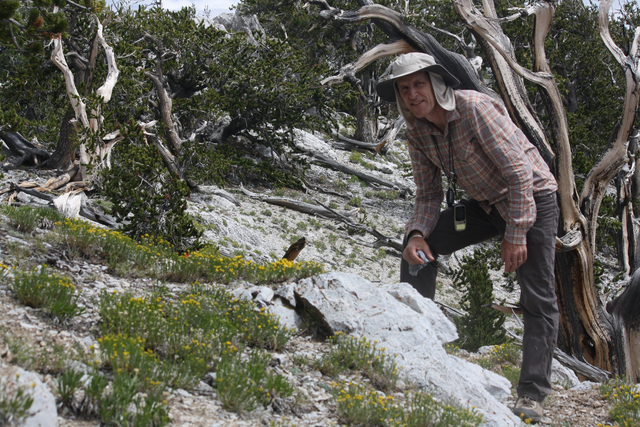 UNLV biologist Daniel Thompson poses next to habitat for the endangered Mount Charleston blue butterfly in this undated photo taken in grove of bristlecone pine trees in the Spring Mountains. (Courtesy of Kathryn Birgy, UNLV) 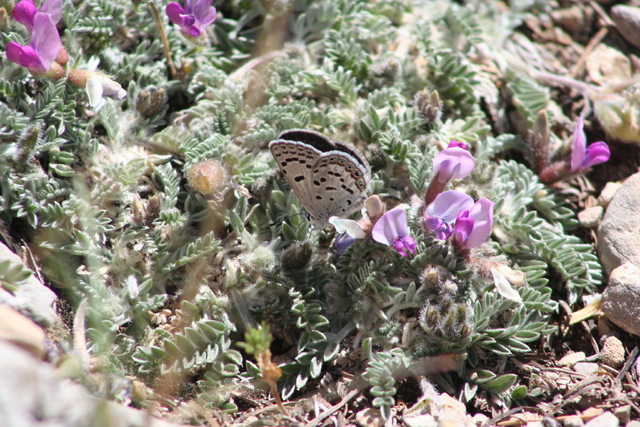 A female Mount Charleston blue butterfly prepares to lay an egg on a host plant in this undated photo taken in the Spring Mountains, the only place in the world where the endangered insect is found. (Courtesy of Daniel Thompson, UNLV) 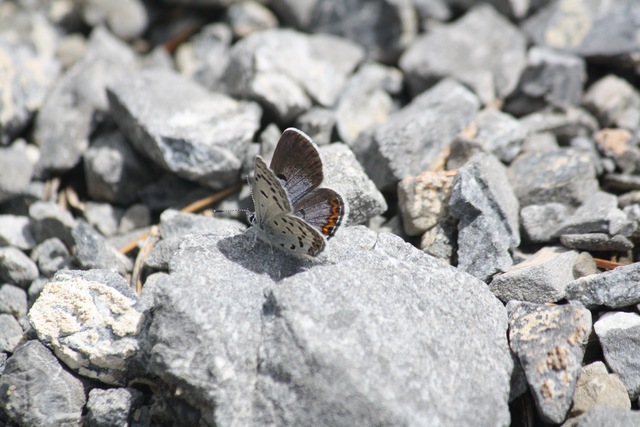 A female Mount Charleston blue butterfly perches on a rock in this undated photo taken in the Spring Mountains. (Courtesy of Daniel Thompson, UNLV) 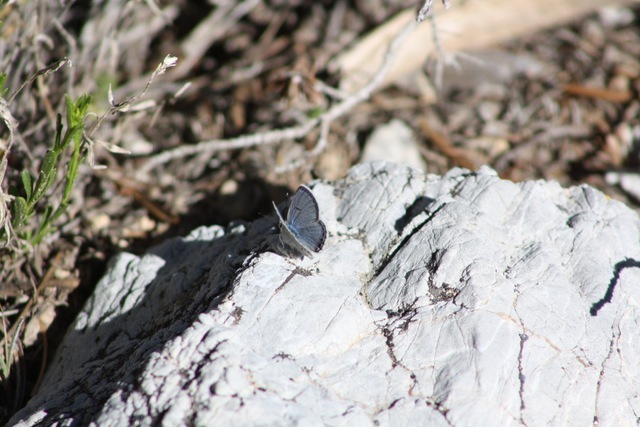 A male Mount Charleston blue butterfly perches on a rock in this undated photo taken in the Spring Mountains. (Courtesy of Daniel Thompson, UNLV) 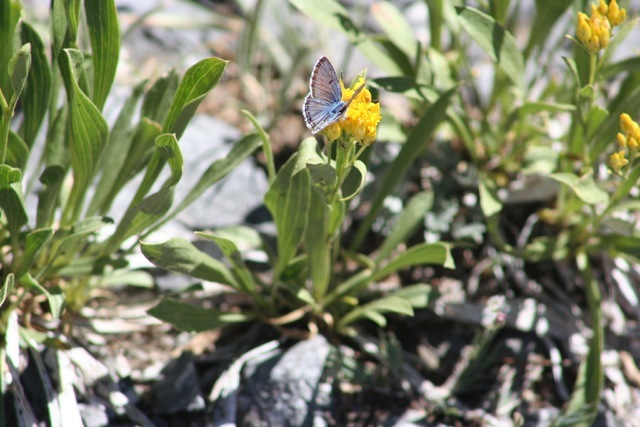 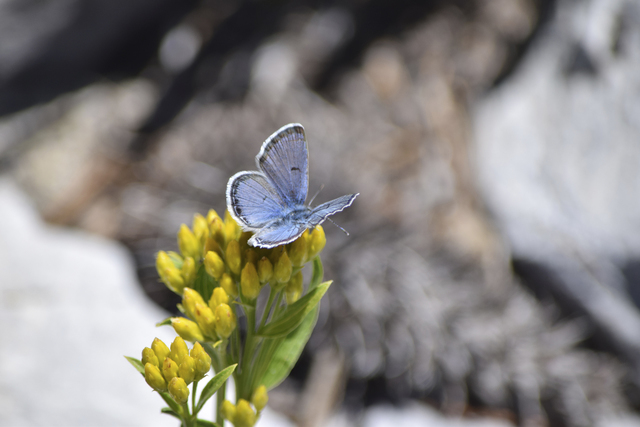 The Mount Charleston blue butterfly is still incredibly rare, but researchers are seeing more of them in more places than they have in decades.

Close to 200 of the endangered insects were spotted over the summer at several locations high in the Spring Mountains, including isolated patches of previously unknown habitat from Bonanza Peak to the ridge line above the Lee Canyon ski area.

UNLV biologist and butterfly expert Daniel Thompson said it’s been 20 years since anyone has counted as many butterflies along the Bonanza Trail as his group saw in 2015 and 2016.

This year, the team of researchers and students from UNLV, the U.S. Fish and Wildlife Service and the U.S. Forest Service also found a few Mount Charleston blues on a second ski run at Lee Canyon, suggesting the butterfly might be expanding its range there.

“The more places they are located across the mountain top, the less likely that one disturbance could take the entire population out,” Thompson said.

And that’s not the only good news he had to offer. Based on the plants his team has seen growing this summer and last, Thompson said it looks like the Carpenter 1 Fire in 2013 may have opened up a sizable new addition to the butterfly’s habitat.

The Mountain Charleston blue butterfly was added to the list of endangered species in September 2013, one month after the Carpenter 1 fire was contained at almost 28,000 acres.

In 2015, federal regulators designated more than 5,200 acres in the Spring Mountains, including portions of the Lee Canyon ski resort, as critical habitat for the insect.

The Mount Charleston blue is a distinctive subspecies of the wider-ranging Shasta blue butterfly. The males sport iridescent blue-and-gray wings to attract mates, while the dull, bluish-brown females flutter about depositing tiny eggs on one of two small, ground-hugging host plants.

There is a lot researchers still don’t know about the species. For example, Thompson said, no one has ever seen the insect in its larval, caterpillar stage, which is thought to last up to two years.

The exact population is unknown, but there have been years when surveyors couldn’t find any of the insects.

The adult butterflies only live a week or two, generally taking flight between late June and the end of August to mate and lay eggs during the short window of warm weather in the high country.

This year, researchers spotted their first Mount Charleston blue on June 17, the earliest sighting on record. “We were actually up there just trying to get ready for the season,” said Thompson, the principal investigator of the species since 2010. “I was astounded.”

Keeping tabs on the elusive butterfly is a great way to stay in shape.

To reach one of the core habitat areas, the survey team has to hike 6 1/2 miles up the South Loop Trail to a ridge line 11,400 feet above sea level. For roughly two miles, the trail crosses through the area burned by the Carpenter 1 fire. “Literally in the last mile, every single tree is burned,” Thompson said.

Once they know the blues are flying, the researchers will try to check on them once a week or so, which makes for a lot of hiking over steep terrain ranging in elevation from about 9,500 to 11,500 feet.

And that wasn’t the only walking Thompson did this summer. He and fellow UNLV professor Scott Abella, whose expertise is in ecology, also spent time in other parts of the Spring Mountains, outside known butterfly habitat, collecting tiny seeds from host and nectar plants as part of a habitat restoration effort they helped develop for the federal agencies overseeing protection of the species.

The plan is to improve and expand the butterfly’s range by introducing more of its preferred nectar plants at suitable areas already populated by host plants.

“It’s very labor intensive,” Thompson said of the seed collection process. “You’re down on your hands and knees picking them up with your finger tips. Then you drop them in a bag and hope they don’t blow away.”