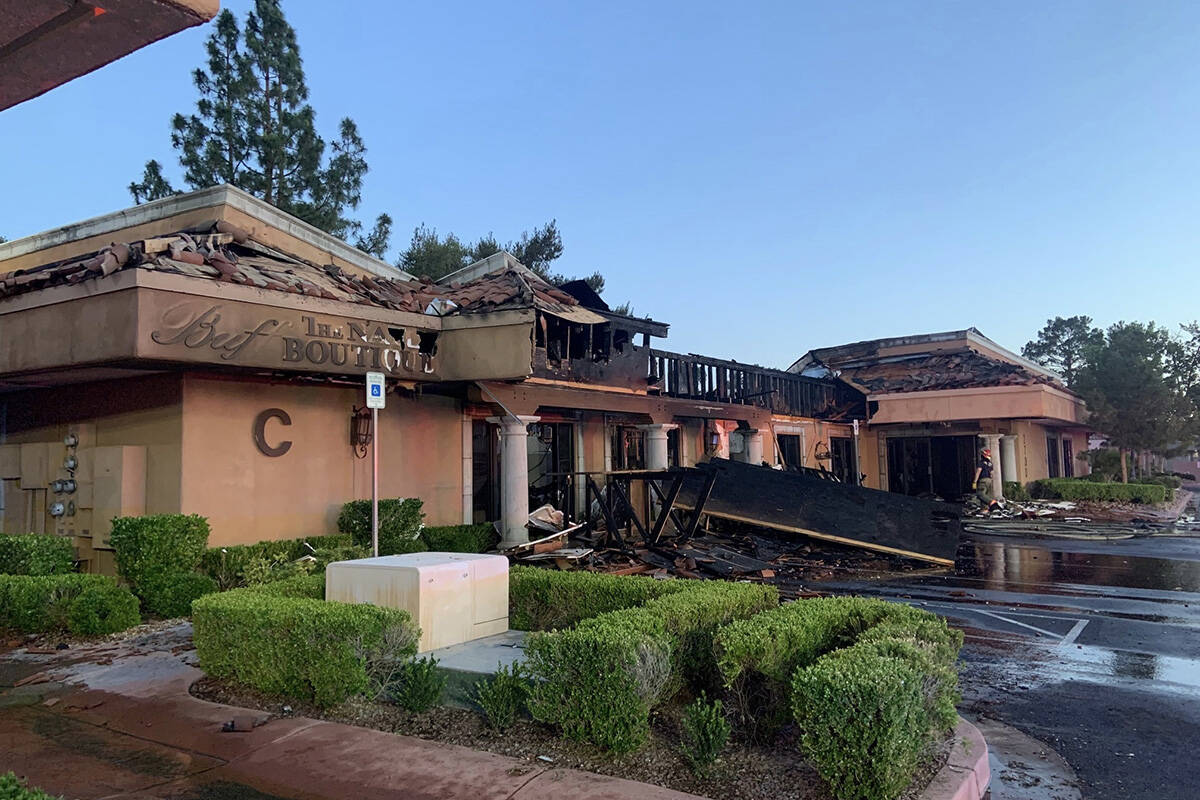 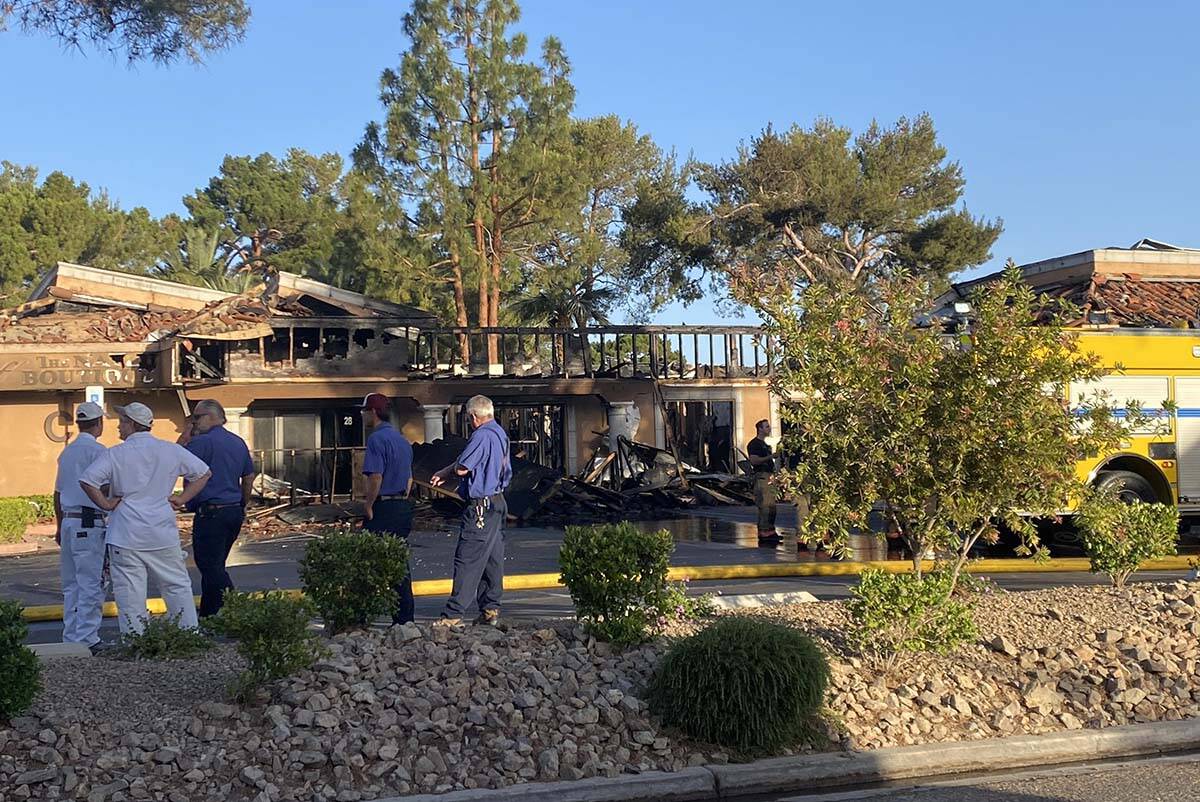 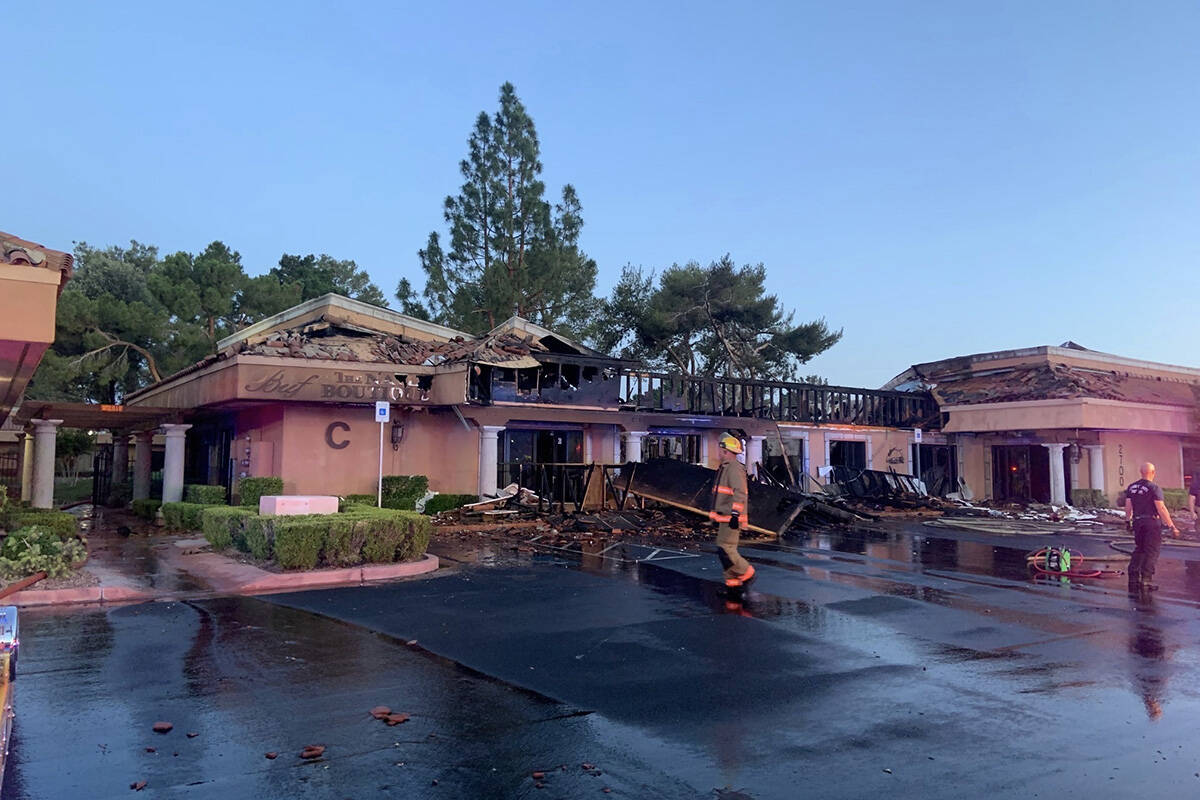 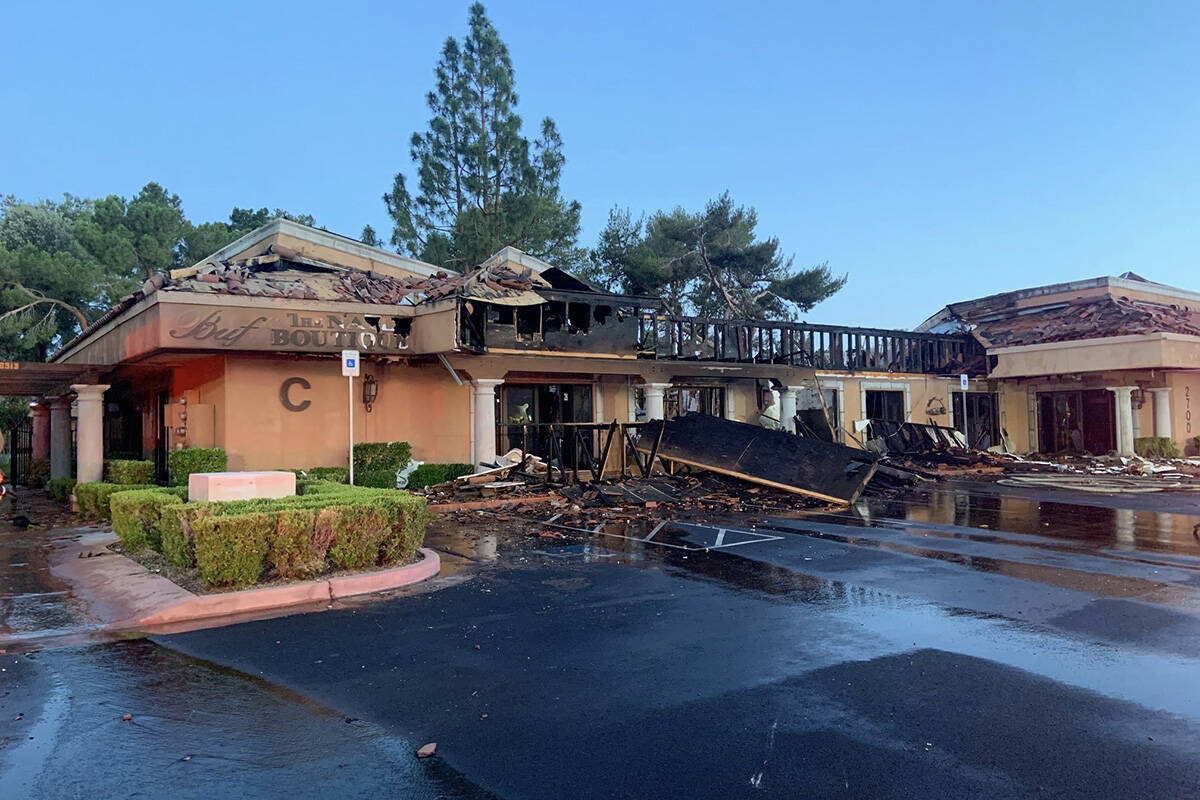 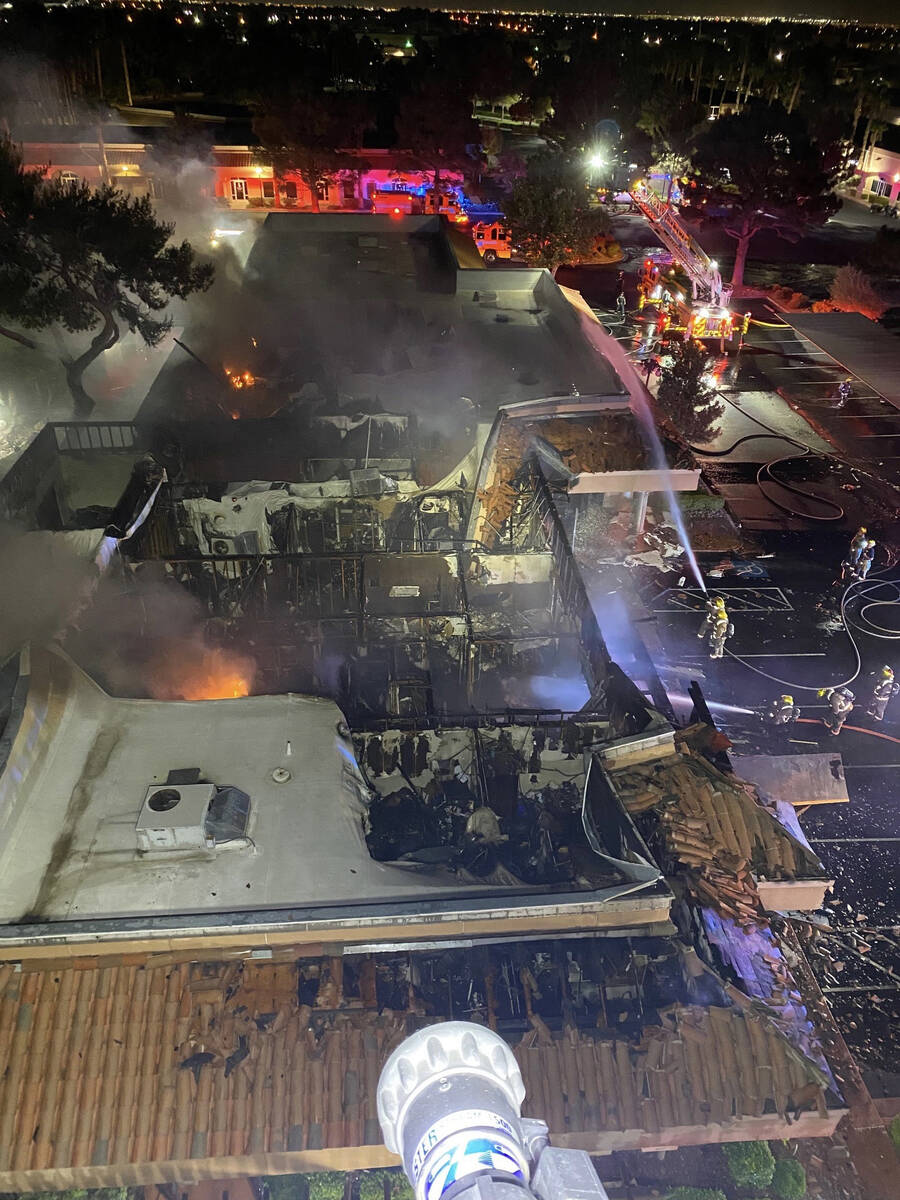 “The fire at 2700 East Sunset Road is being investigated as a possible arson,” Warren Whitney, deputy fire chief with the Clark County Fire Department, wrote in an email. “The investigation is ongoing, no further information will be released until the investigation is complete.”

The fire caused extensive damage to a commercial complex near Eastern Avenue at 1:39 a.m. Firefighters dispatched to the area found a large fire burning in Building C of the complex.

“When crews arrived they encountered heavy fire and smoke showing (from) the roof of Building C,” said Kelly Blackmon, a senior deputy fire chief with the department. “When the Battalion Chief arrived, he called for a second alarm due to the heavy fire conditions. Crews operated in a defensive strategy fighting the fire from the exterior. Due to the quick work and tactics of the crews, they were able to contain the fire to one building.”

Two suites in the complex were searched, and no injuries were discovered.

The complex that burned included the small business Rich Skinn Body & Beauty Bar. The business posted on its Facebook page about the fire Monday afternoon.

“We will no longer be opening our doors,” the business wrote. “All the hard work & time I invested to making a beautiful experience for everyone who walked through those doors have been shattered.”

Requests for further comment from the business were not immediately returned Tuesday afternoon.