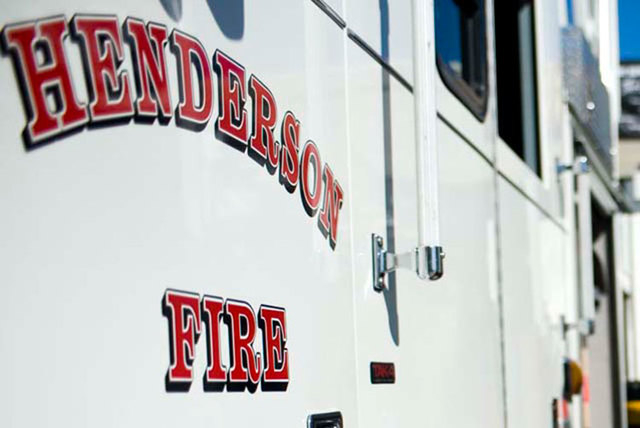 A fire at a Clark County firefighter’s house early Wednesday caused $185,000 in damage, according to the Henderson Fire Department.

Henderson fire crews responded at 12:45 a.m. Wednesday to the two-story home on Manteno Court, near Eastern Avenue and Horizon Ridge Parkway. The homeowner, who was not immediately identified, tried to prevent the fire from spreading by using a garden hose, the fire department said.

The first firefighters to arrive found flames and smoke coming from the garage and contained the fire to the garage, the release said.

No injuries were reported. One adult was displaced. The cause of the fire is under investigation.