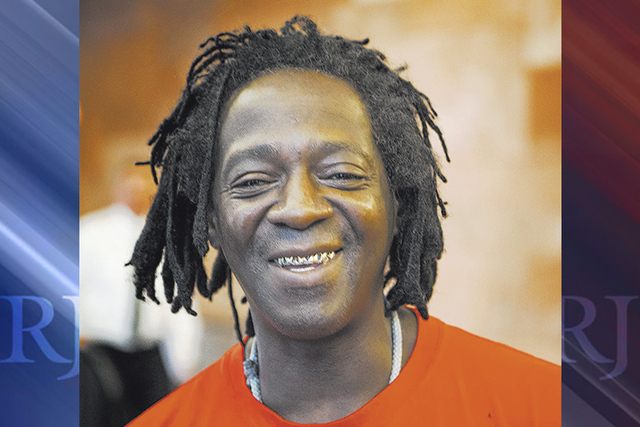 A trooper saw the 56-year-old Las Vegas man speeding on Interstate 15 just after midnight, according to NHP.

Flav was first seen heading north on the frontage road near Blue Diamond Road at 73 mph in a 45 mph zone, then 87 mph in a 55 mph zone, highway patrol spokesman Trooper Loy Hixson said.

The trooper who performed the stop said Flav was driving under the influence.

He was booked at the Clark County Detention Center on charges including DUI, speeding, misdemeanor possession of marijuana, having an open container of alcohol, driving a car with suspended registration and with a suspended drivers license, Hixson said.

Flav’s lawyer, Kristina Wildeveld, said she visited with him at the jail Thursday. He posted $7,000 bail and was expected to be released soon.

“I don’t know enough yet to comment on anything,” Wildeveld said.

Flav, whose real name is William Drayton Jr., is best known as the hype man for the iconic hip-hop group Public Enemy.

But trouble has been no stranger since he moved to the Las Vegas Valley.

Drayton pleaded guilty in April 2014 to misdemeanor domestic violence charges stemming from an incident with his stepson in 2012, when he threatened the then 17-year-old with a knife after an argument with the teen’s mother.

He originally faced felony charges but struck a deal and was ordered to complete counseling classes by August or face jail time.