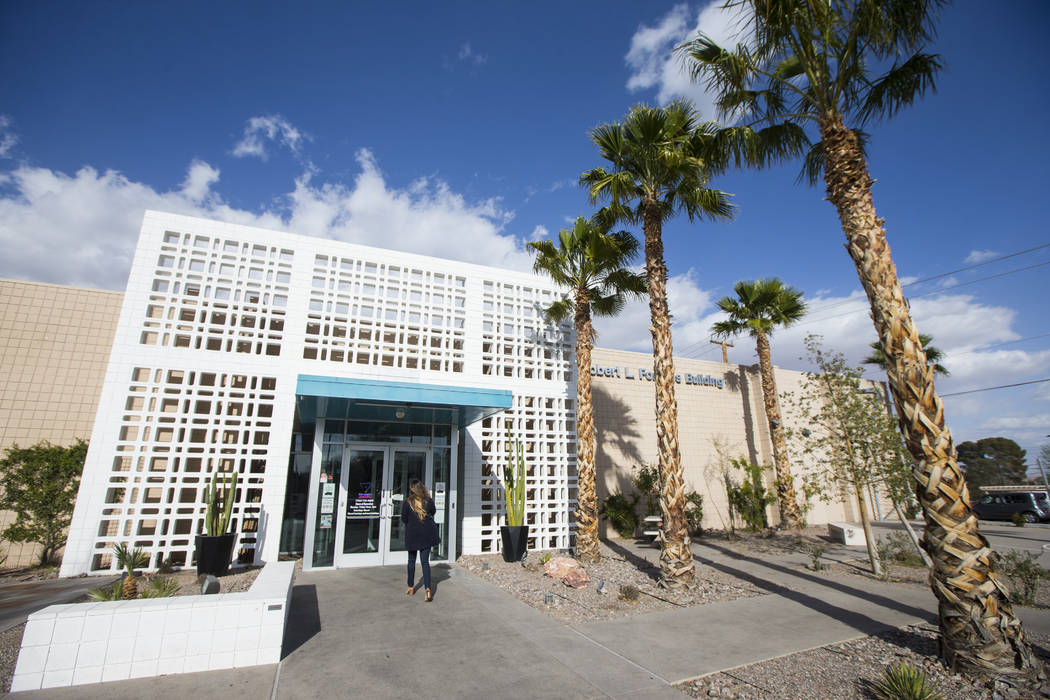 David was surrounded by people getting their hair and makeup done for free at the center’s Beau-T Day, an event for transgender, genderqueer and intersex people to feel pampered.

“That’s kind of why I came, to be honest; I genuinely don’t know how to do makeup,” David said. “It’s cool coming out and being in a place where people aren’t really judging you.”

The event, held the same day as the center’s queer youth prom, was for transgender people to feel at ease getting makeovers, said Ray Macfarlane, the center’s trans and gender diversity program manager. People sat at tables for massages, nail painting, hair styling or makeup while pop music played throughout the room.

“This is a space where they can come, feel comfortable, have a playful, low-stress event to look the way that they want to look,” said Macfarlane, who uses “they” pronouns. “For a lot of people it’s just, ‘I don’t feel comfortable walking into a salon,’ or ‘I don’t know anybody who can help with this.’”

Macfarlane described transgender and gender-diverse people as working on their “body projects,” which can make them feel isolated. The “slumber party” atmosphere Saturday was to show people they’re not alone.

“Gender’s not a homogeneous thing; you can’t take any person and say, ‘There, I’ve femmed you,’” they said. “I think of it as a project, an ongoing project that changes day by day.”

For David, getting their makeup done was a way to combat anxieties over coming out.

“It’s terrifying coming out, transitioning, and I’ve only just begun,” said David, who also uses “they” pronouns. “I’m still kind of working through all those anxieties with actually coming out.”

Jess Benedict sat under a salon robe while a blue-haired man worked on curling the 55-year-old’s long hair. Benedict is intersex; the 55-year-old was raised as a boy but was born with some female anatomy.

Benedict doesn’t care about pronouns, and is “just kind of rolling with it, so to speak,” Benedict said with a laugh.

“I also need makeup advise and things of that nature,” Benedict said, adding that the event Saturday felt like “a day time slumber party without the jammies.”

Paula Sadler, the owner of A Harmony Nail Spa, volunteered at the event to show people how to be “their best selves, their most beautiful self,” she said while painting a woman’s nails black.

Sadler said it was important for transgender people to know there are businesses in Las Vegas that won’t judge them.

“That’s not like that everywhere in the beauty business, a lot of our trans clients have gone to other salons and spas where people maybe give them funny looks just for having polish on their hands or wearing makeup,” she said.

Her salon has been listed with the center as a trans-friendly business for at least a decade, Sadler said, adding that she wants to help people’s confidence and self-esteem.