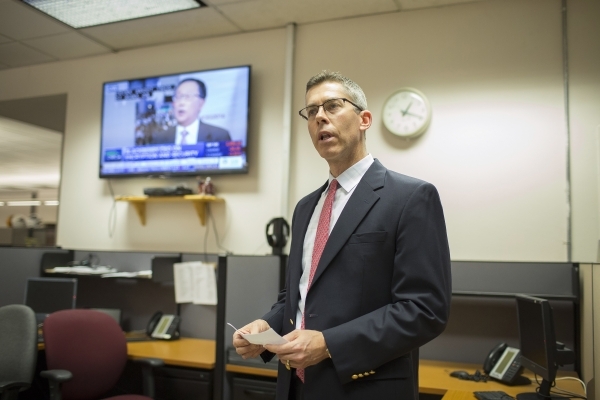 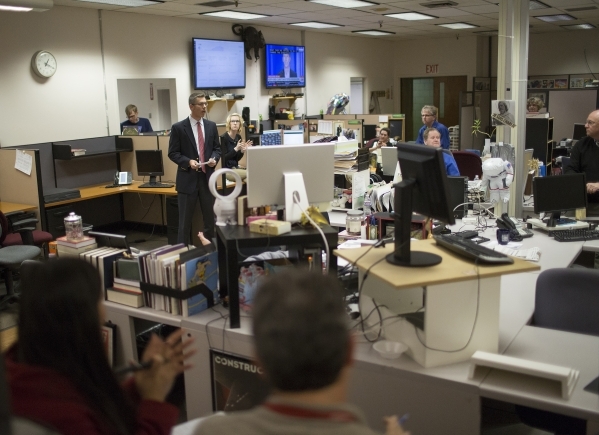 Cook, 45, has lived in Las Vegas for 21 years and worked for the Review-Journal for 19 years. Before writing for the editorial page, he was an assistant city editor. He holds a bachelor’s degree in creative writing from the University of Arizona and a master’s in communications from UNLV.

Cook temporarily replaces Michael Hengel, who stepped down as RJ editor on Dec. 22 after accepting a buyout from the newspaper.

Cook takes the helm during turbulent times for the paper, which was purchased anonymously by the family of Las Vegas Sands CEO and President Sheldon Adelson on Dec. 10. After nearly a week of reporting, the RJ disclosed the new ownership and pointed to an unusual directive to scrutinize local judges, including one overseeing a wrongful-termination case against the family’s Las Vegas Sands Corp.

Days after the reports, on Dec. 20, Cook wrote a front-page editorial telling readers that the paper will “fight for your trust. Every. Single. Day.” Its policy will be to “disclose, disclose, disclose” any Adelson family conflicts or interests in its coverage, he added.

Newsroom staff, led in part by Cook, have spent much of this week hammering out disclosure policies that will guide the staff in covering Adelson, who has extensive global gaming and political interests.

“This will go a long way to toward preserving readers’ trust,” Cook told the newsroom Wednesday. “Now we must follow through on those procedures.”

Cook also stressed that his status as a “right-of-center” opinion writer would not affect the paper’s editorial direction.

“The tenacity and independence of this newsroom, proved time and again throughout our coverage of the Adelsons’ purchase, is proof that even if it were my intention to inappropriately influence content, none of you would allow me to get away with it,” he told the newsroom.

Taylor added that the RJ will also work to fill about 30 currently open or newly created newsroom jobs in coming weeks.