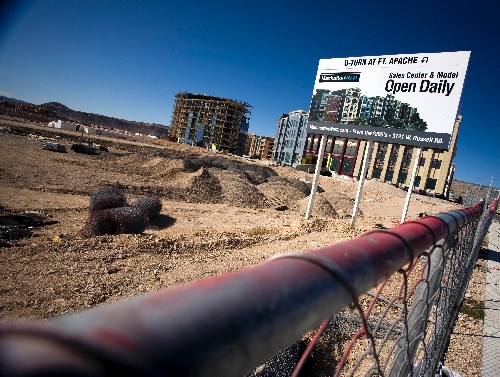 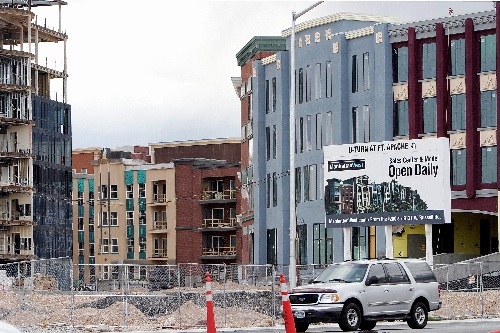 The stalled Manhattan West mixed-use condo project in southwest Las Vegas Valley has been purchased out of bankruptcy by The Calida Group, though the deal has yet to close escrow, a principal of the real estate firm said earlier this week.

The $350 million, 700-unit condo development on Russell Road west of the Beltway has been sitting partially completed since construction was suspended in December 2008. The original developer, Gemstone Development, filed for bankruptcy in October 2011.

Realtor David Brownell, who represented a California investor bidding on the project, said the price was in the range of $21 million to $23 million.

The H5 Group, founded by Ofir Hagay, reportedly had the project in escrow. Before the sale was approved by bankruptcy court Judge Mike Nakagawa, one of the creditors came forward and said the price was too low, and that the court was obligated to get a higher price.

The project was put up for auction and investors came to the table with another $2 million to $3 million, Brownell said. It was sold to Calida Group on Oct. 9.

Gemstone built the midrise Manhattan condos on Las Vegas Boulevard South, then bought 20 acres for about $30 million in 2006, with funding from Theraldson Financial Group.

“The reason I felt comfortable putting half my net worth in this project is because I feel strongly about medium-term fundamentals and job growth over the years,” Alex Edelstein, former chief executive officer of Gemstone, told the Review-Journal in 2007.

Gemstone incurred “significant financial impacts” from alleged material contractual breaches by its former general contractor, Apco Construction, Edelstein said. The increased costs include charges to rework and rebuild parts of the project that were built improperly.

Manhattan West was announced during a condo craze that some pundits labeled the “Manhattanization of Las Vegas.” Other projects such as Sullivan Square, The Curve, Paxton Walk and Las Ramblas were announced, but never started construction.

Calida Group has positioned itself to be one of the largest developers of multifamily housing in Nevada. The company also purchased land in back of The District at Green Valley Ranch and plans to start construction on 360 high-end apartment units in January, Cohen said.

“My business partner and I were both based in Las Vegas when the market took a dive, which at first seemed like an unfortunate situation for us,” Cohen said. “However, we believed then and we believe now that Las Vegas is full of untapped potential.”