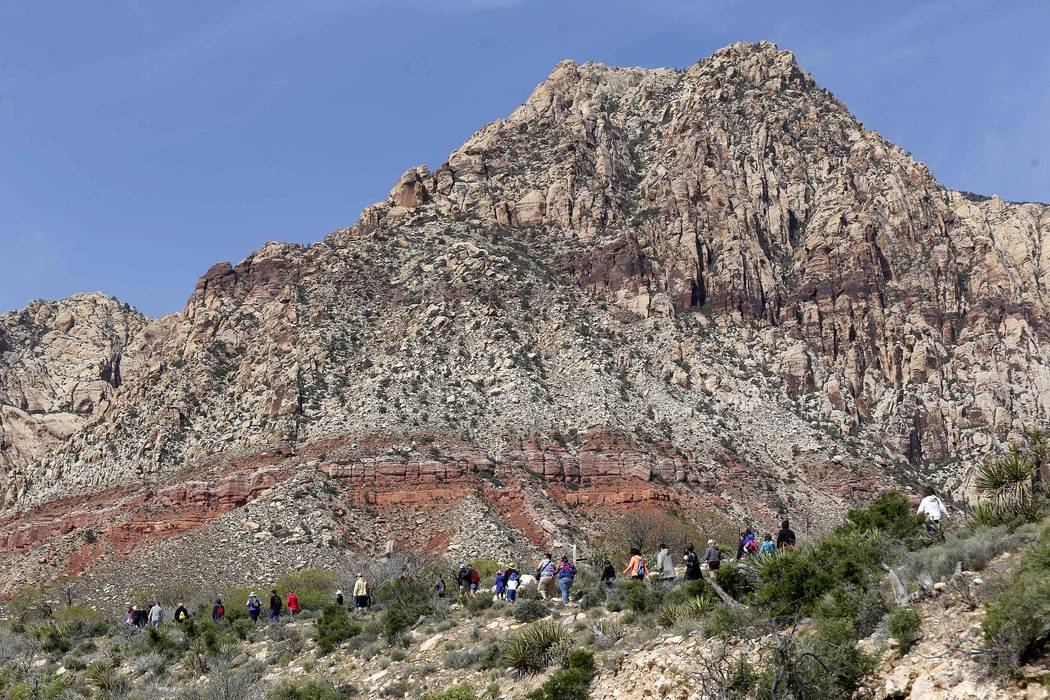 The department received a call from Bureau of Land Management officials about 9:45 a.m. stating that a hiker had fallen in a remote area of the park about 20 miles west of Las Vegas and could not be reached, Fire Department spokesman Tim Szymanski said.

The hiker was airlifted out of the park and transported to UMC, he said. She appeared to be alert when being transported, Metropolitan Police Department spokeswoman Laura Meltzer said. UMC did not respond to phone calls seeking information on the hiker’s condition.