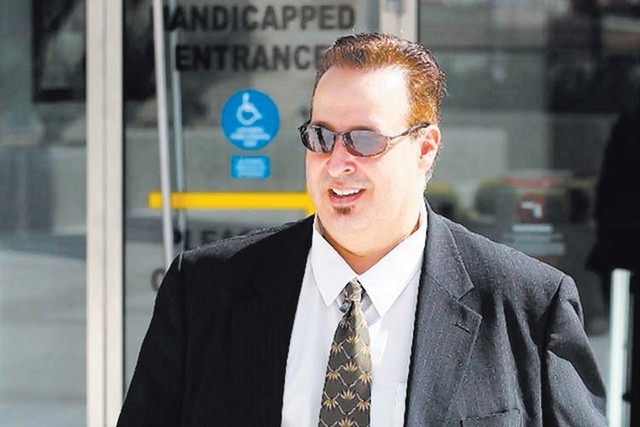 A federal judge Tuesday delayed until February the long-awaited federal trial of former construction company boss Leon Benzer and five others in a scheme to take over Las Vegas-area homeowners associations.

The first defendant sentenced in the massive scheme to take over homeowners associations was given 366 days in federal prison Friday.

Kenneth Allen, 69, a former HOA board member who did not have a deal to cooperate with federal prosecutors, also was ordered to pay $139,106 in restitution.

Thirty-three other defendants who cooperated in the high-profile case are waiting to be sentenced in January after the federal fraud trial of former construction company boss Leon Benzer, the accused mastermind of the scheme, and five other defendants. The trial is to start Oct. 14 before U.S. District Judge James Mahan.

In his plea agreement, Allen admitted that he bought a condominium in 2007 with Benzer’s money at Sunset Cliffs and submitted a false loan application that hid Benzer’s involvement in the $177,000 purchase.

Then, according to prosecutors, Allen got elected to the HOA board, joining two other Benzer-planted board members who were in a position to help Benzer land lucrative construction defect contracts.

On Friday, Allen admitted that he committed mortgage fraud and was sorry for what he did. But he insisted he was duped by Benzer and wasn’t part of the takeover scheme at Sunset Cliffs in 2008.

“I trusted him,” Allen told Navarro. “I thought he was on the up and up. It turned out he was a scam artist.”

Allen said he didn’t know Benzer had bought the other two board members and actually voted against Benzer on a key matter. Eventually, Allen said, he and his wife cut ties with Benzer and left Las Vegas for Montana.

The former Los Angeles County sheriff’s deputy, who had never been in trouble with the law, pleaded with Navarro to give him a chance to “prove that I’m a good person.”

Lead prosecutor Charles La Bella, of the Justice Department’s Fraud Section in Washington, D.C., sought a 15-month prison term for Allen, describing him as a “soldier” in Benzer’s effort to take over Sunset Cliffs and 10 other HOAs across the valley.

Benzer’s approach at each complex, according to La Bella, was always the same — find straw buyers to purchase condominiums and rig elections to get them on the boards, hire friendly lawyers and community management companies to manipulate the boards and then get the board members in his pocket to vote his way.

The goal was to get the boards to approve construction defect litigation, obtain lucrative court judgments and award contracts to Benzer’s company, Silver Lining Construction, to do the defect work.

The scheme, which occurred between 2003 and 2009, went all the way at only one condominium complex, Vistana, which won a $19 million construction defect settlement in 2007.

“This was the real deal,” La Bella said. “Benzer walked away with $8 million from Vistana.”

Search warrants served by FBI agents and Las Vegas police across the valley in late 2008 thwarted takeover efforts at Sunset Cliffs and the other HOAs, La Bella said for the first time.

The prosecutor presented documents to Navarro that alleged Benzer was well into the scheme at Sunset Cliffs. Benzer-planted lawyer Keith Gregory, who was hired to represent the HOA, in May 2008 moved to fire the existing community management company and replace it with a firm loyal to Benzer.

Gregory, who is to stand trial with Benzer in October, also began the process of filing a construction defect suit against the developer with the help of Benzer’s right-hand man, Ralph Priola, one of the many cooperating witnesses in the case, La Bella said.

The investigation into the scheme is considered the biggest public corruption case ever brought by the Justice Department in Nevada.

The trial of Benzer, Gregory and the other defendants is expected to last up to two months. 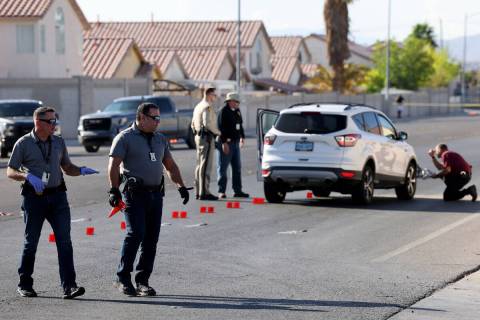