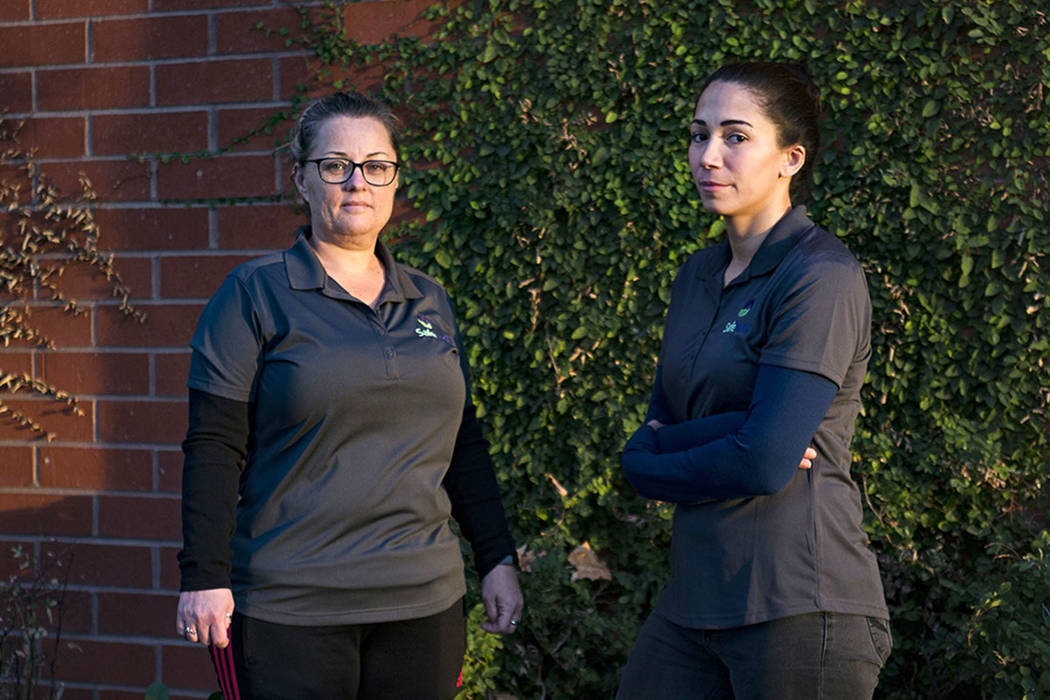 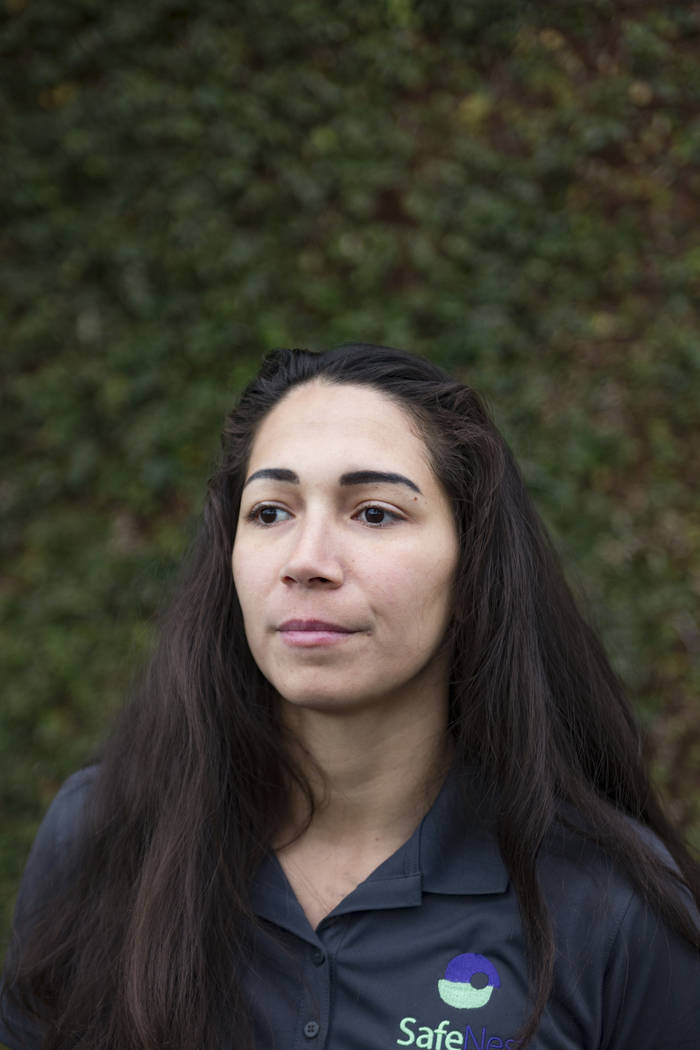 Sophia, a survivor of domestic violence, outside the SafeNest offices in Las Vegas, Thursday, Dec. 20, 2018. Sophia survived abusive relationships and is now a volunteer for SafeNest after going through their services. Rachel Aston Las Vegas Review-Journal @rookie__rae 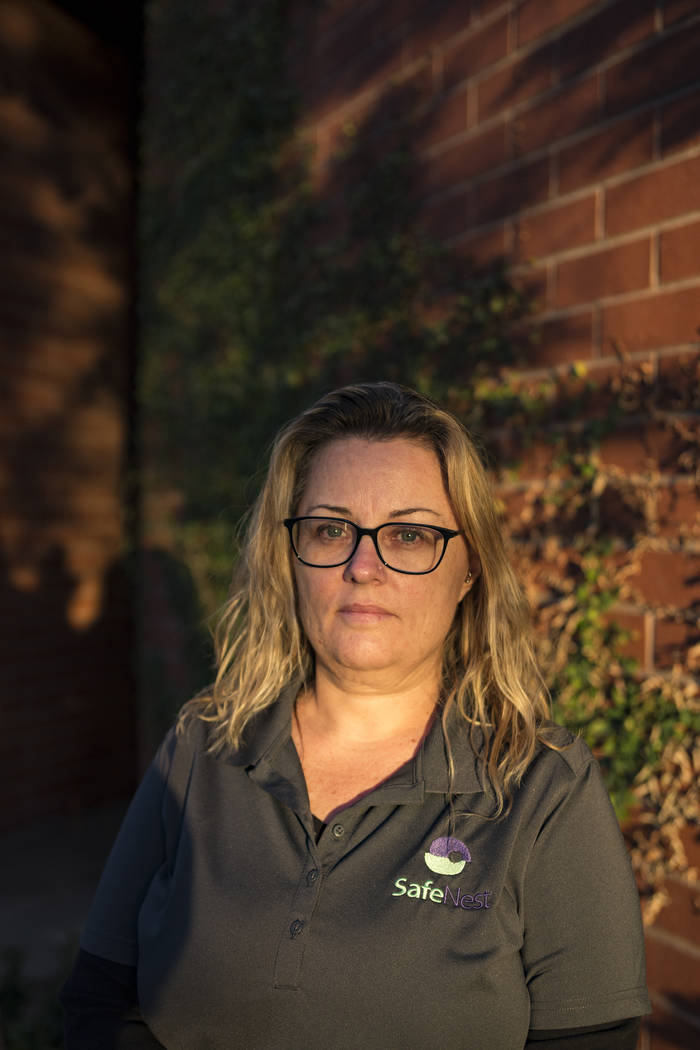 Julie Ferrari, a survivor of domestic violence, outside the SafeNest offices in Las Vegas, Thursday, Dec. 20, 2018. Ferrari survived abusive relationships and is now a volunteer for SafeNest after going through their services. Rachel Aston Las Vegas Review-Journal @rookie__rae 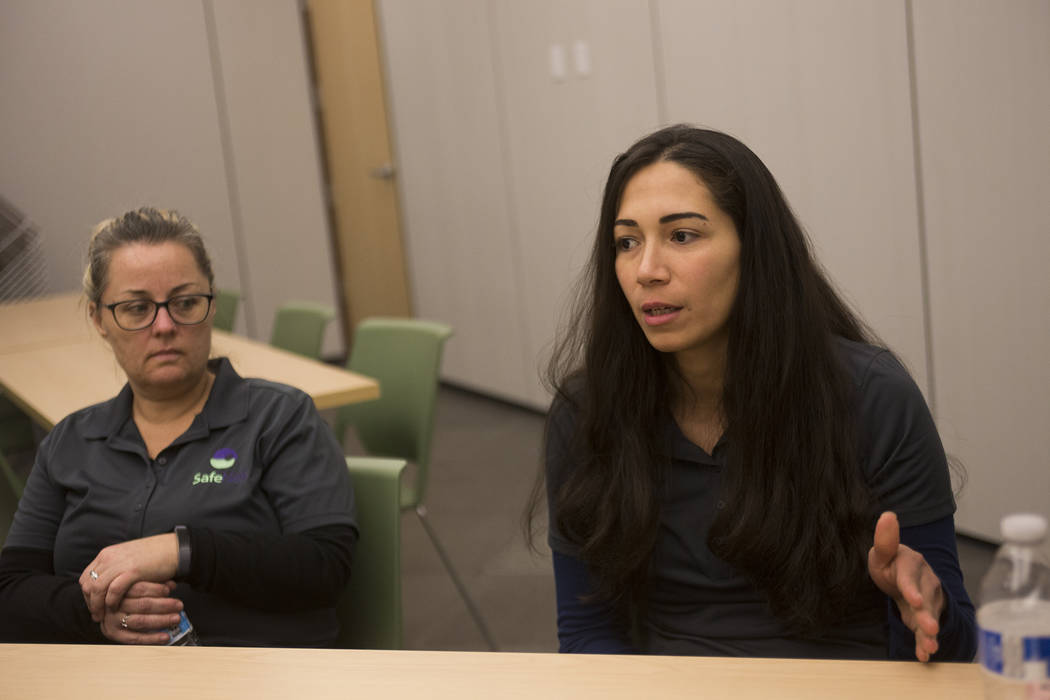 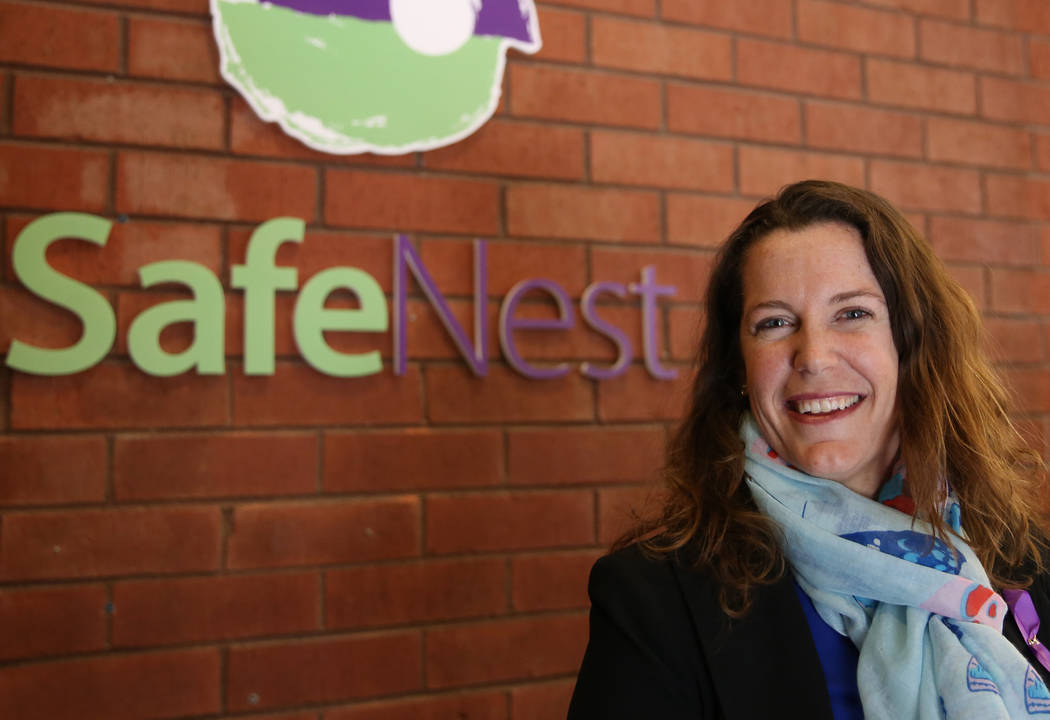 There’s no place like home for the holidays. But what if home is the last place you want to be?

Nevada’s largest domestic violence charity, SafeNest, has fielded more than 2,000 calls on its 24-hour crisis hotline since the start of November. In that same time frame, its shelter has taken in 26 adults and 23 children.

Laurie Cody, a vice president of the organization, said this time of year often means abusers have more time off from work, so they are typically home more often, which can lead to more arguments and confrontations.

“With a lot of our survivors, the holidays are not happy,” Cody said. “If they leave the relationship, they still have those triggers.”

One survivor who lived at the shelter and now volunteers with SafeNest told the Review-Journal that an abuser once hurt her so badly — using a cord to cause lacerations all over her body — that she was hospitalized for two weeks one December. It happened right after the death of her older brother.

For 12 of those days, she was in the intensive care unit. She was not expected to live.

“I just remember not being able to mourn for my brother, not having anybody that’s going to come see me in ICU, not knowing if I was going to survive,” the survivor, Sophia, said.

She was released from the hospital Dec. 16. But Christmas was the last thing on her mind.

“I had to deal with the unknowing of what was going to happen to me after that,” Sophia said. “Now that I’m not with my abuser, now that I’ve basically been beaten to death, what am I supposed to do now?”

Another survivor, Julie Ferrari, said her experiences included emotional and financial abuse. She remembers sleeping with her bank card in her bra so her husband would not take and use her money. The holidays were especially stressful.

“It was always, ‘Why didn’t you get this?’ Or, ‘You spent too much,’” she said. “It was always feeling like I wasn’t doing the right thing.”

The last Christmas they spent together, he said he had no money, so he couldn’t pay for their children’s gifts. After she left him the following February, she learned that he had amassed about $11,000 from gambling that December.

“Beautiful,” she remembers thinking. “It was all gone. I never saw any of it.”

Both women suggested that anyone in an abusive relationship consider safety planning. That means collecting important identification documents, saving up money on the side and noting the times throughout each day that the abuser is not typically home.

The SafeNest hotline is there to help, SafeNest CEO Liz Ortenburger said. You can reach it at 702-646-4981.

“Sometimes it’s as granular as, OK, you’re going to stay in this relationship. It’s been physical before. We have every sort of flag to believe it’s going to be physical again. Let’s talk about where you’re going to be physical,” Ortenburger said. “Stay away from the kitchen. Stay away from the bathroom. Think about how you can keep moving to wear out the batterer as the abuse is going on.”

“These are the real-life situations that our victims are in all of the time,” she continued, “and these are the kinds of things that can mean the difference between life and death. If you’re having to think through some of this stuff, please call.”