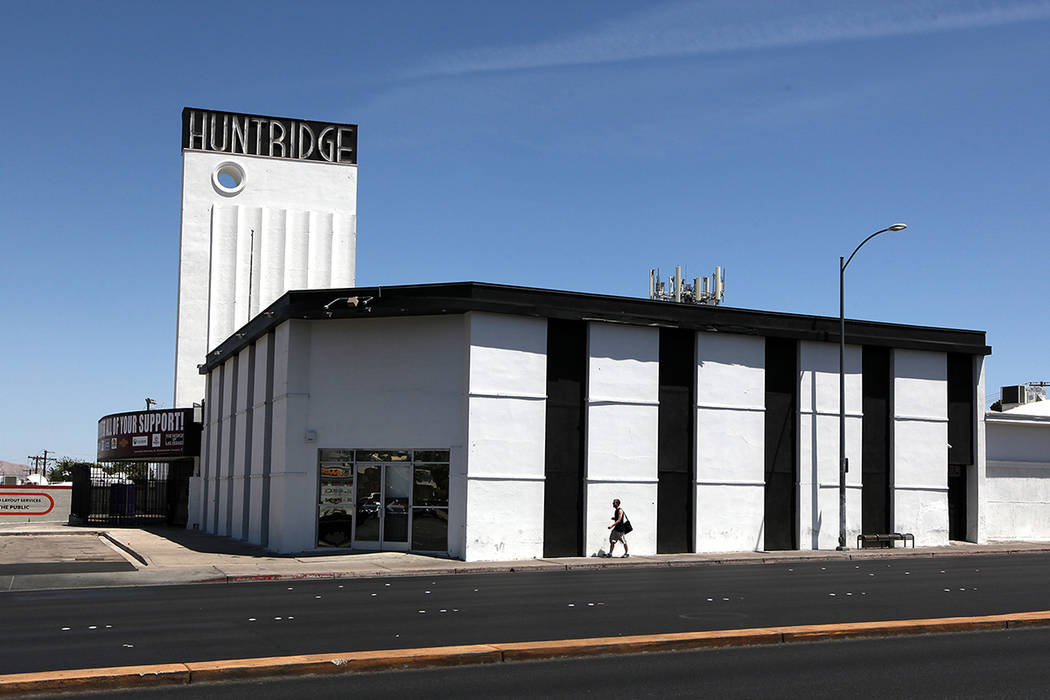 The Huntridge Theater in Las Vegas on Monday, May 19, 2014. A Las Vegas city official said Wednesday, Oct. 16, 2019, that an unnamed buyer is considering purchasing the east Las Vegas theater that has been vacant for 15 years. (Justin Yurkanin/Las Vegas Review-Journal) 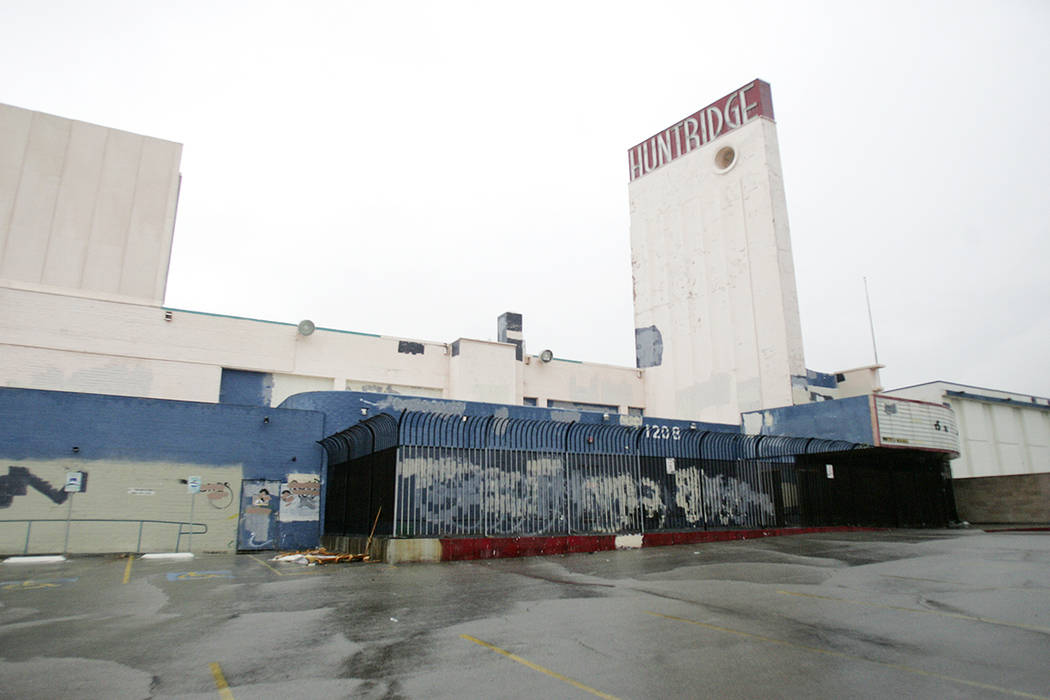 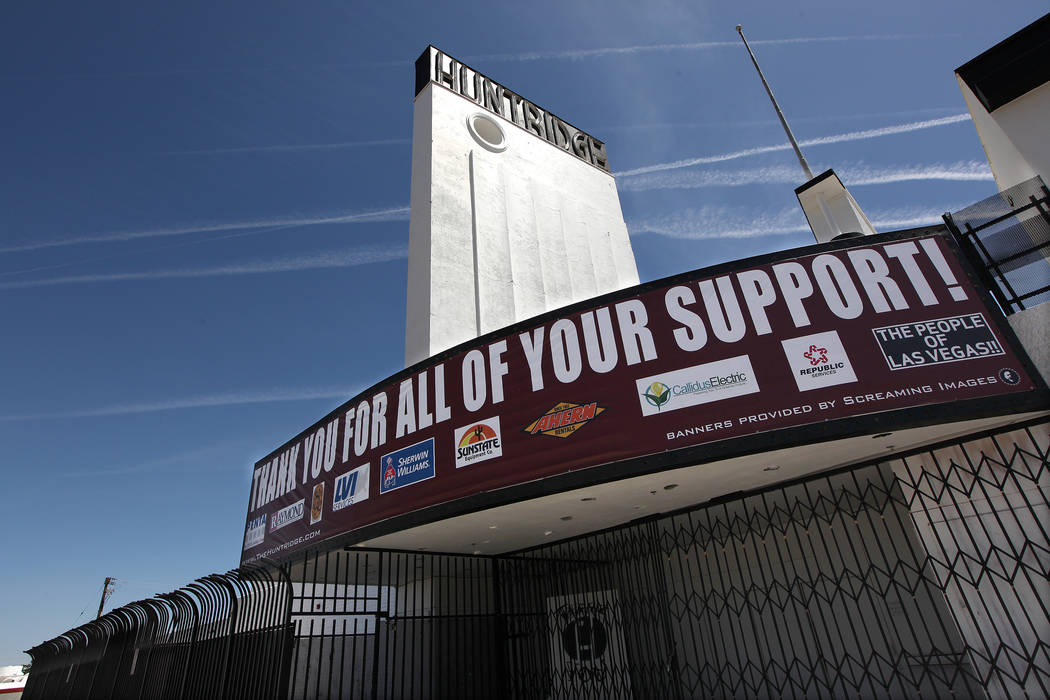 The Huntridge Theater in Las Vegas on Monday, May 19, 2014. (Justin Yurkanin/Las Vegas Review-Journal) 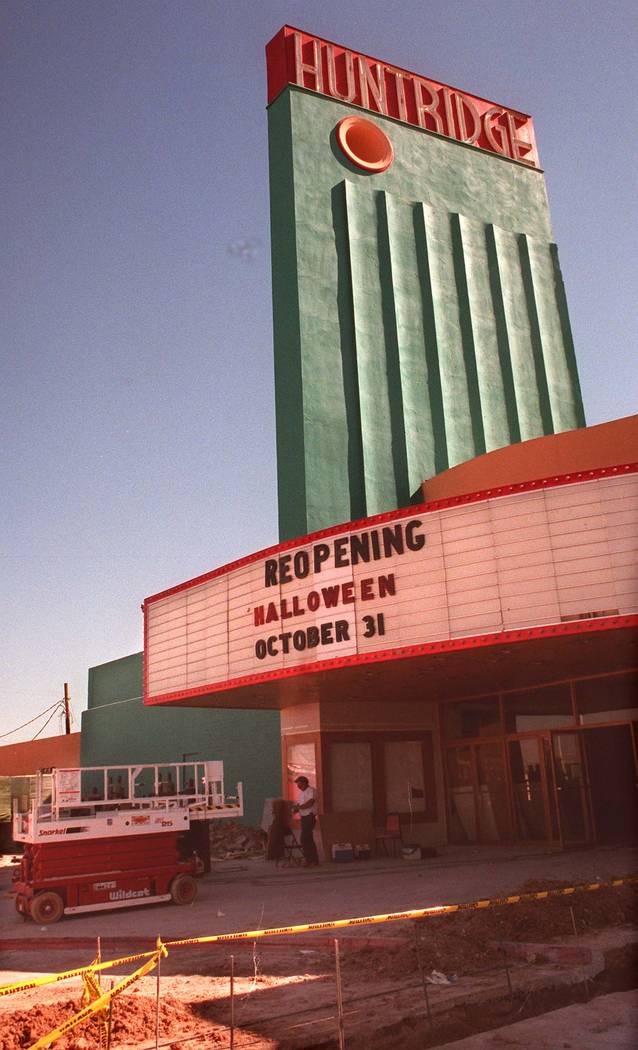 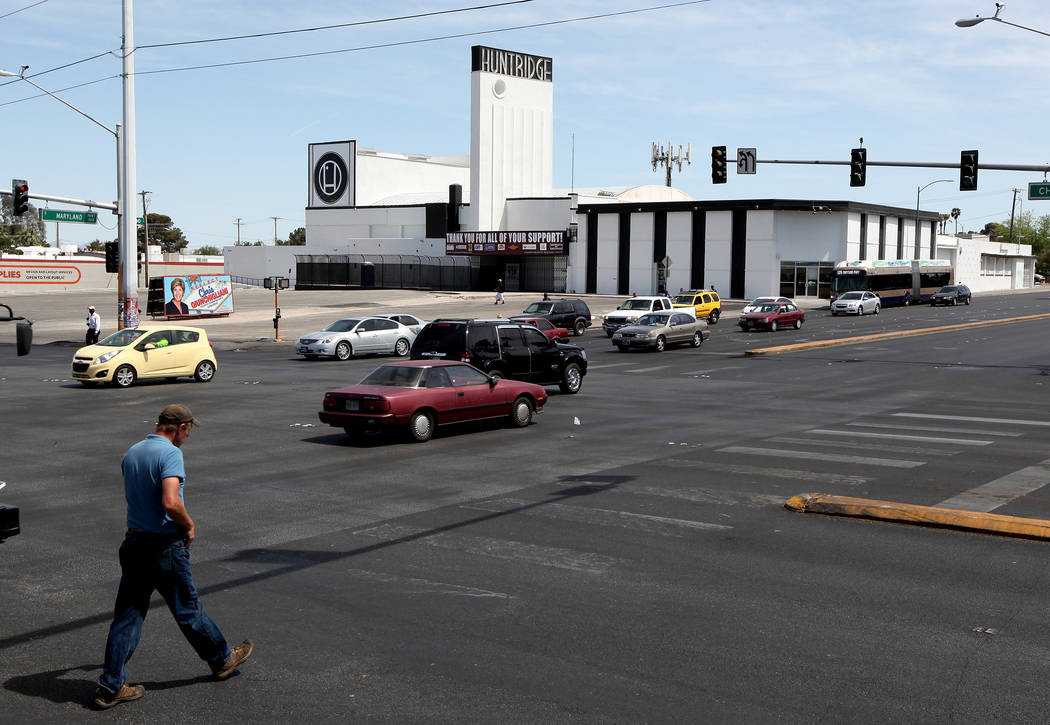 The Huntridge Theater in Las Vegas on Monday, May 19, 2014. The building and the sign were repainted in September 2013 by the non profit Huntridge Foundation. The group is working to reopen the theater, which was closed in 2004. (Justin Yurkanin/Las Vegas Review-Journal) 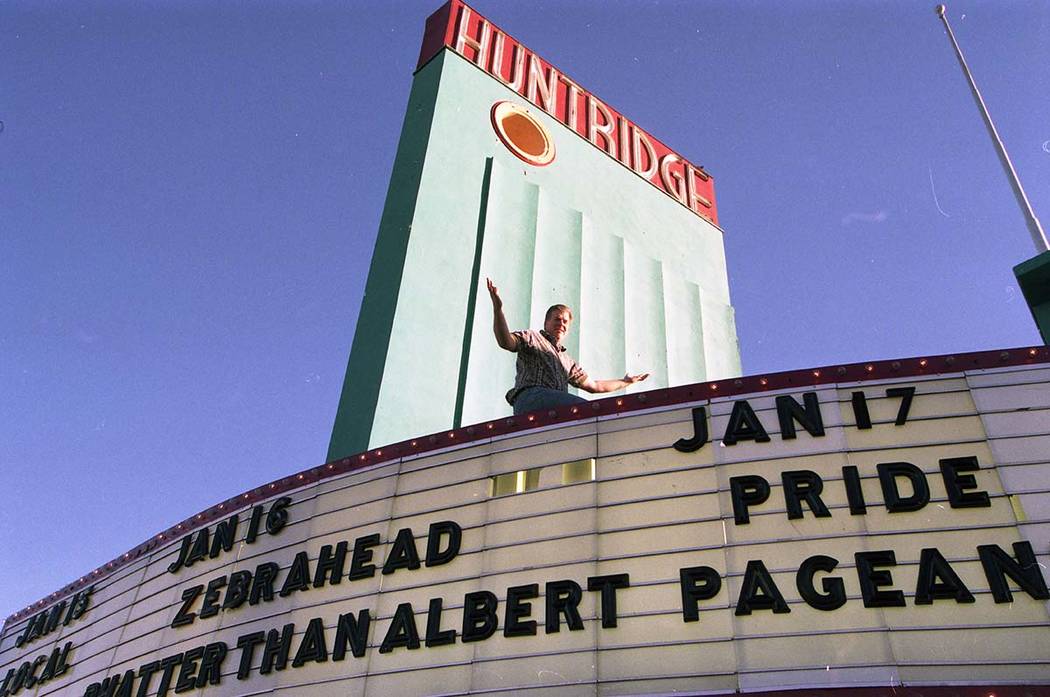 Chairman of the nonprofit Friends of the Huntridge Richard Lenz on the roof of the Huntridge Performing Arts Theatre in January 1999. The theatre opened Oct. 10, 1944 and the state Board of Museums and History will decide whether the venue should be placed on the State Register of Historic Places.(Las Vegas Review-Journal) 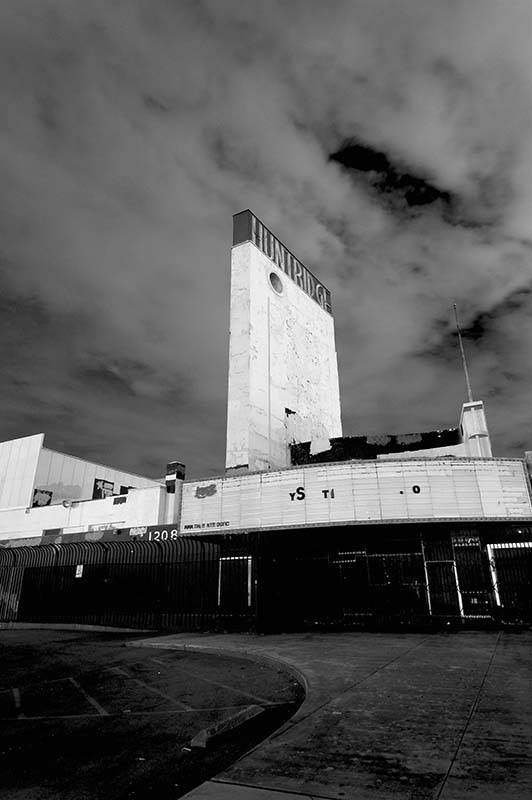 By whatever metaphor you choose — “faded movie glamour queen” would be appropriate — it’s still true: Looking at the Huntridge Theater now, it’s hard to see what a beauty it was back then.

Still, look just hard enough, and what the Huntridge was, what it meant, and the memories that it helped to create become clear.

It was Oct. 10, 1944, when the Huntridge, at East Charleston Boulevard and Maryland Parkway, opened with a movie premiere. It was a double feature of “Hi Neighbor” and “Hellzapoppin.”

Beyond the personal memories the Huntridge holds for generations of Las Vegans, the theater has played a key role in the valley’s own cultural history. Many people don’t know that the Huntridge was the city’s first racially integrated movie theater.

Another bit of Huntridge trivia: Big-screen stars Irene Dunne and Loretta Young were part-owners of the theater “for a very short time” in 1951.

Interesting, too, is that memories of the Huntridge will vary among generations. Those who remember it at its opening will have memories of it as a premiere movie house. Other moviegoers will remember it from the period in the late ’70s when the theater’s single screen was split into two, said Daniel Roberts, president and founding Huntridge Foundation member. Still others, from the ’90s and beyond, will remember the Huntridge primarily as a live rock music venue that catered to the valley’s alternative/punk music crowd.

And just about everybody who was around town in July 1995 probably remembers when the theater’s roof collapsed a few hours before a Circle Jerks show.

“It was crazy,” Roberts says. “There were people inside doing the sound check, and when it started creaking, everybody started running out, and the roof actually collapsed while people were still on their way out. But, thankfully, nobody was hurt.”

By the way: That night, the Circle Jerks set up in the parking lot and played for a few dozen fans, Roberts says, in “true punk rock fashion.”

From the 1990s through the early 2000s, the theater was owned and operated by two separate ownership groups. The theater ultimately closed in July of 2004 “and it’s been vacant ever since.”

Roberts says the most intriguing thing about the Huntridge is that “in 70 years it has worn so many hats.”

The Huntridge was first a movie venue and became a musical venue in 1992 and has been a staging ground for groups on the rise and alternative superstars, from Smashing Pumpkins to Sarah McLachlan, the Deftones, Nine Inch Nails, Green Day and Fugazi.

It closed on New Year’s Day 2002 and reopened 10 months later with a tweaked sound system and look. At the time, owner Eli Mizrachi had hoped to get the zoning to reopen the club with a restaurant, lounge, comedy shows and an open mic night. That never happened.

It closed July 31, 2004, for “major renovations,” but has been shuttered ever since.

Richard Bryan’s most memorable Huntridge era began even before the theater opened. He grew up in a house to the south of the Huntridge and remembers it being built and, he says, “I was there the day the Huntridge opened for matinees.”

Bryan, a former Nevada governor and U.S. senator, recalls that, at the time, “by and large, east of the Huntridge there was absolutely nothing all the way to Boulder Highway.”

Back then, a matinee ticket at the Huntridge cost 14 cents. Once, while standing at the end of a long line, “all of a sudden, word kind of filtered back that the admission was 25 cents. I had 14 cents and I didn’t know if I had time to run back (home). I didn’t know how long the line was. So I panhandled 11 cents.”

Vacant since 2004, a deal is in the works to sell the Huntridge.

Developer J Dapper, founder of Las Vegas-based Dapper Cos., is the man behind the potential Huntridge Theater sale, according to the city of Las Vegas.

Project Enchilada is an initiative that began last summer, aimed at revitalizing downtown, starting with the Fremont Street area.

The theater was placed on the National Register of Historic Places in 1993.