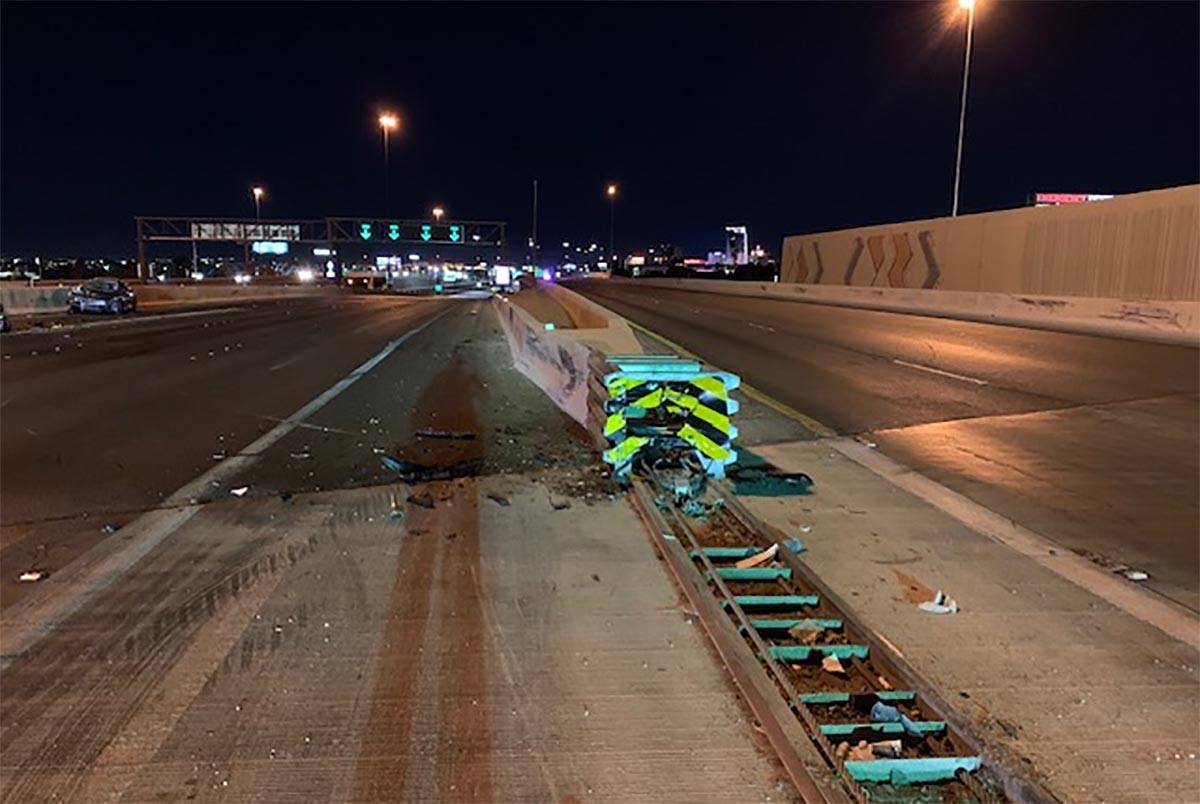 A fatal crash that may have been caused by an impaired driver closed U.S. Highway 95 in the Spaghetti Bowl early Sunday.

The crash, reported at 2:23 a.m., involved a Suzuki motorcycle and a Toyota Camry.

Nevada Highway Patrol Trooper Travis Smaka said Toyota was traveling at a high rate of speed when it hit a lane divider. The Suzuki motorcycle struck the Toyota.

The motorcyclist was ejected from the bike. They were pronounced dead at the scene, Smaka said.

The Toyota driver was taken to University Medical Center with minor injuries.

He was taken into custody for suspicion of impaired driving, Smaka said.