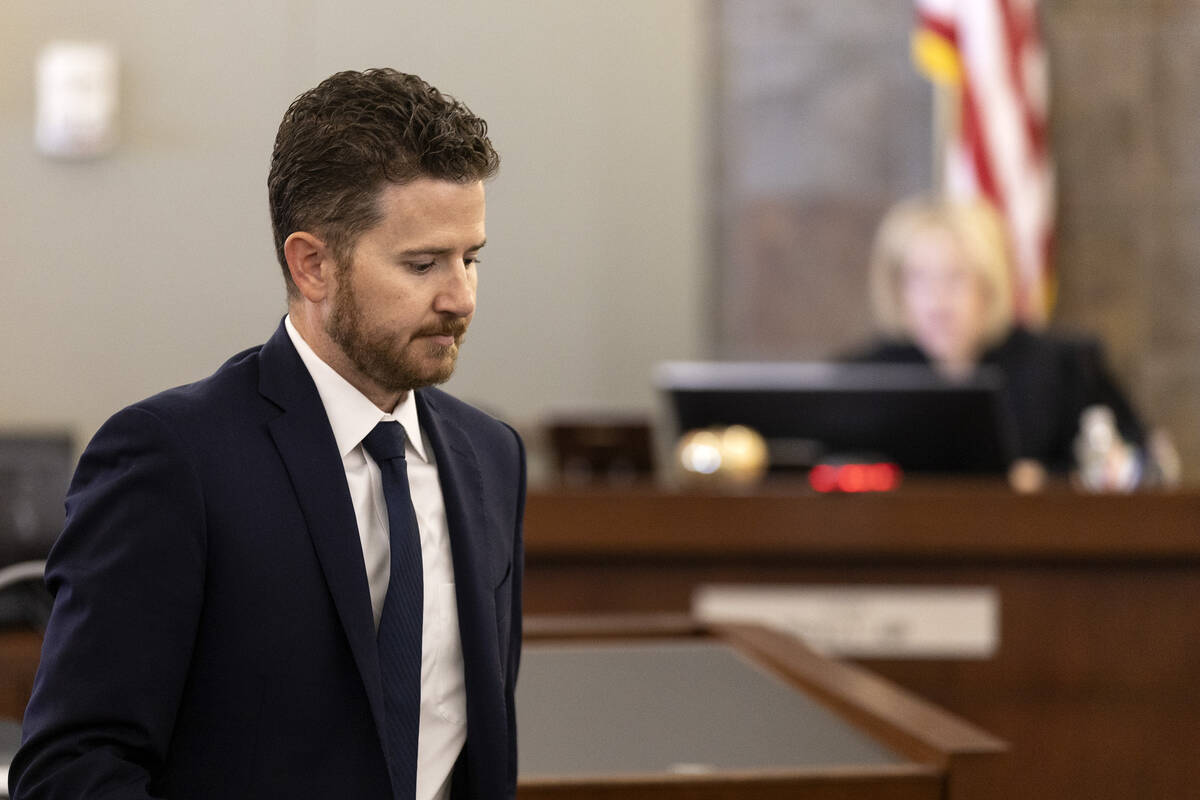 Max Fetaz, an attorney for the NFL returns to his seat after making a statement during a hearing in Jon Gruden's lawsuit against the NFL in District Court at the Regional Justice Center on Thursday, Oct. 20, 2022, in Las Vegas. (Ellen Schmidt/Las Vegas Review-Journal) @ellenschmidttt 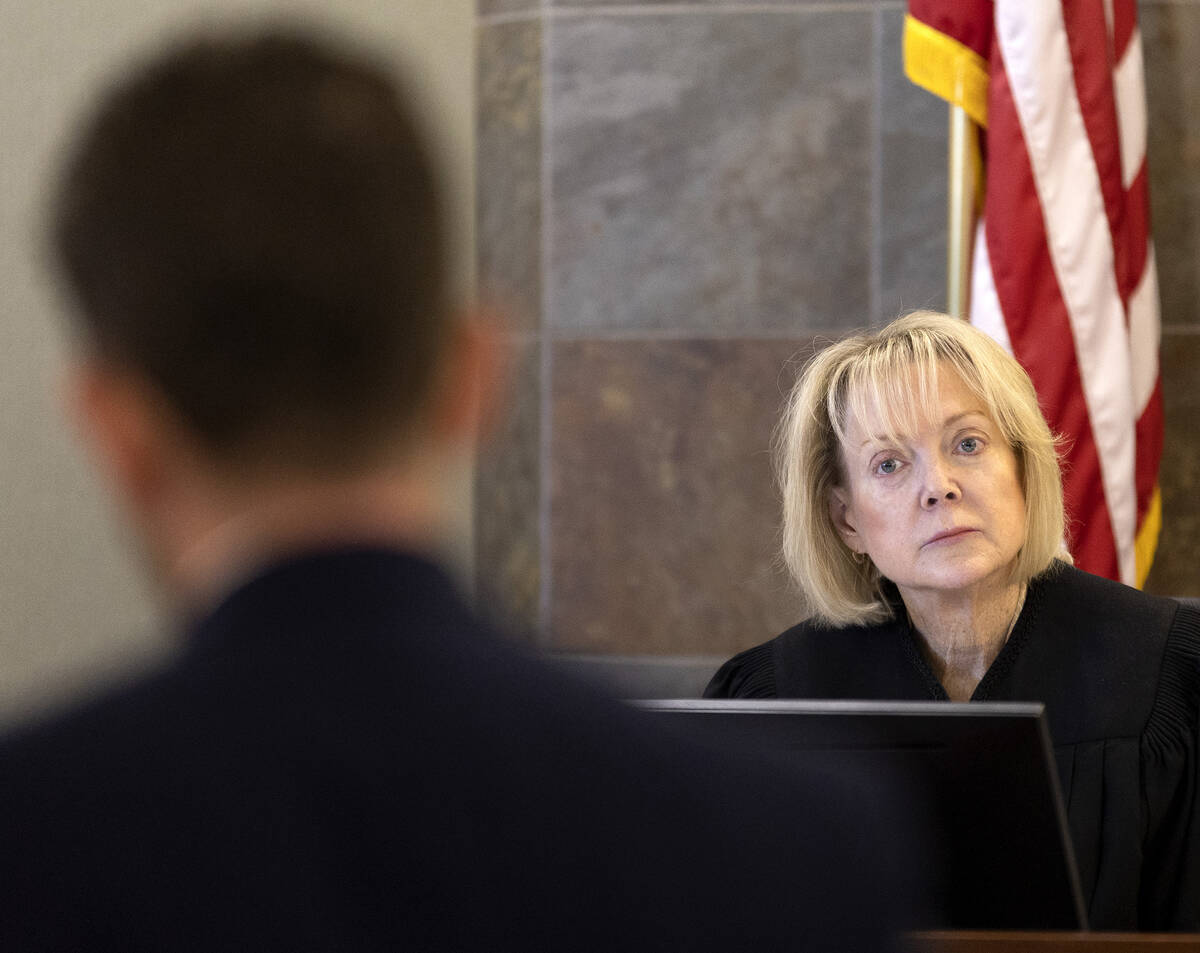 Judge Nancy Allf presides over a hearing in Jon Gruden's lawsuit against the NFL during District Court at the Regional Justice Center on Thursday, Oct. 20, 2022, in Las Vegas. (Ellen Schmidt/Las Vegas Review-Journal) @ellenschmidttt 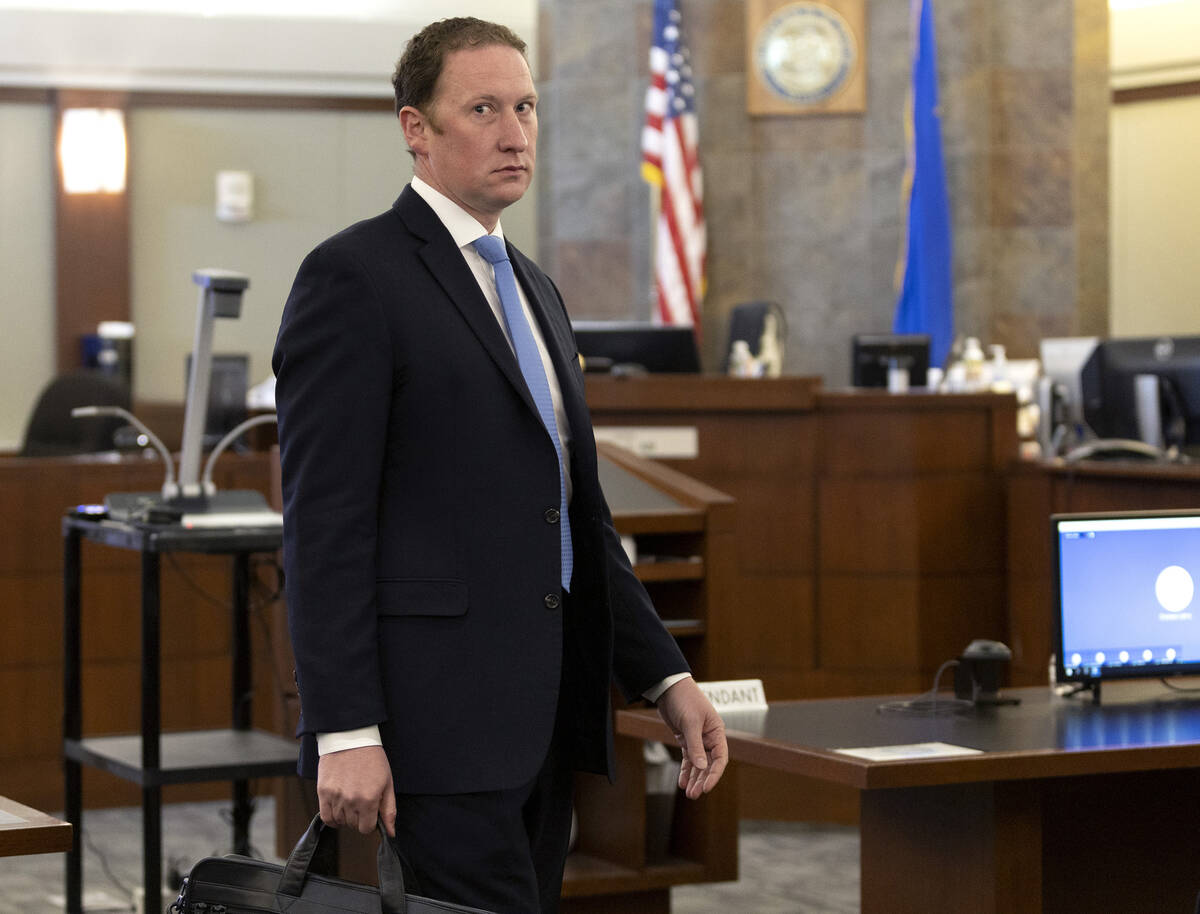 A district judge denied a motion from the NFL on Thursday to halt proceedings in former Raiders coach Jon Gruden’s lawsuit against the league.

Earlier this month, District Judge Nancy Allf ruled that the NFL could not force Gruden into an arbitration process outside of court.

Gruden and the NFL have been locked in a legal battle since the former coach sued the league and NFL Commissioner Roger Goodell in November, claiming that the league leaked derogatory emails he wrote in an attempt to ruin his career and reputation.

The league has since appealed to the Nevada Supreme Court to challenge Allf’s ruling that it cannot force Gruden into arbitration. On Oct. 14, the league filed a motion in District Court to stay proceedings in the lawsuit until the appeal could be resolved.

By denying the request to halt proceedings, Allf allowed for the case to move forward in state court.

Allf also said the league could file a motion with the Supreme Court challenging her decision not to stay the proceedings.

The NFL previously disputed Gruden’s claim that the emails that led to his departure were sent before he signed an agreement with the Raiders.

Lawyers for the league wrote in court documents filed Aug. 16 that Gruden “continued to send the same kind of derogatory emails consistently following his start date with the Raiders.”

The league also has denied that the NFL or Goodell were responsible for the emails becoming public and has contended it would have fired Gruden had he not stepped down.