North Las Vegas will not have an opportunity to reargue a $4.25 million appeal it lost in March before the Nevada Supreme Court.

The court issued an opinion Thursday that the city cannot raise new arguments in rehearing of the high court’s upholding of a lower court ruling awarding damages to 5th & Centennial.

The court also denied a city motion to stay a debtor examination of North Las Vegas’ finances and property holdings scheduled to begin Aug. 12. The deposition is scheduled at the office of Kemp, Jones & Coulthard, attorneys for the landholders. The city was seeking to “prevent the unnecessary post-judgment discovery of virtually all the city’s assets,” from bank accounts to property holdings and other city debtors.

It was not immediately known why the attorneys are seeking the detailed city financial report. It is up to the winner of a judgment to pursue payment. Attorneys for the landowners could not be reached for comment Thursday.

North Las Vegas officials did not return a request for comment.

Company representatives claimed $18.75 million in losses on a land sale deal that was undone as a result of the threatened condemnation, prompting a successful bid for damages and attorneys fees first awarded by a district judge in March 2011.

Prior to the Supreme Court’s March 21 ruling, city officials argued the city never went beyond the early stages of planning to seize property and shouldn’t be held liable for the botched land deal. A 2004 amendment to the city’s master plan allowed North 5th Street to be widened to 150 feet conditioned upon landowners forfeiting a 75-foot right-of-way, but federal funding for the project did not materialize. The landowners filed a lawsuit Jan. 1, 2010.

Six of seven Supreme Court justices disagreed, noting officials could have been more transparent about their plans for the property and should be held accountable for the city’s “oppressive and unreasonable conduct” in exercising its powers of eminent domain. Justices remanded nearly $500,000 in prejudgment interest awards to a lower court.

North Las Vegas was seeking a rehearing on the prejudgment interest award, and desired to add a statute of limitations defense, and wanted to assert the condemnation process began prior to some of the company’s land acquisition.

Justice Ron Parraguirre, who voluntarily recused himself from the March decision, did not sign the opinion.

The $4.25 million judgment is a financial setback for cash-strapped North Las Vegas. On Monday, city leaders issued a revised seven-year fiscal projection that union concessions and gains in city tax revenues can reduce the city’s anticipated $152.5 million long-term deficit by $78 million. The city also has an estimated $430 million in outstanding bond payments, and wants to take stop pulling funds from a nearly $30 million state-administered sewer fund subsidy set to disappear in seven years. 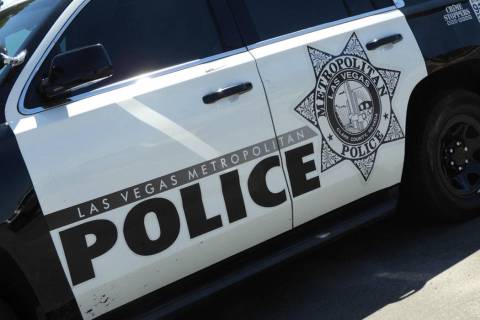 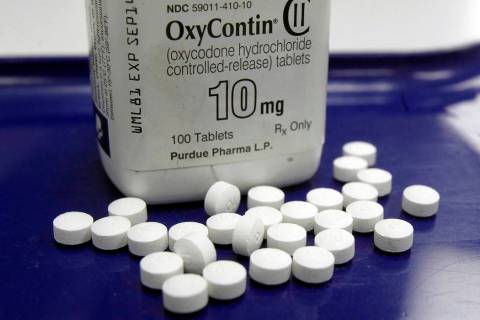 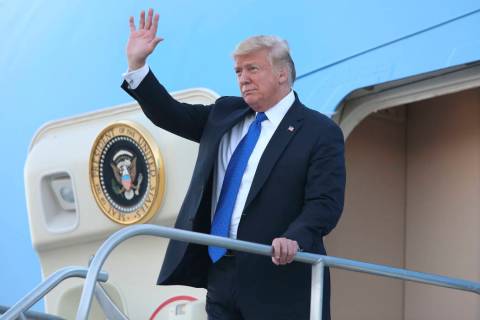 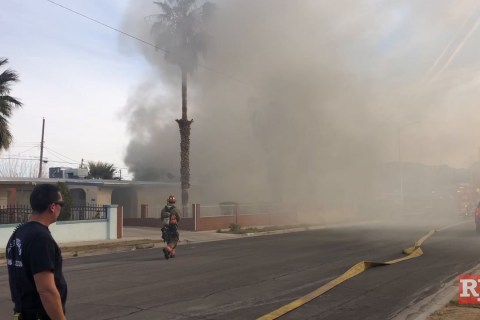 Firefighters battled a house fire Tuesday morning in central Las Vegas. They found no one in the home, and no injuries were reported. 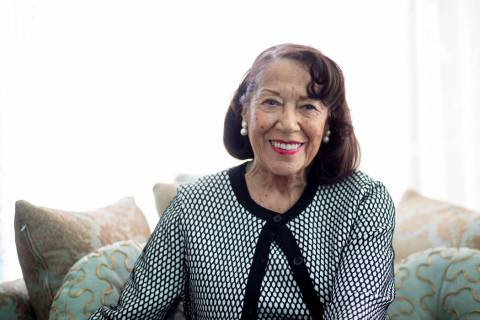 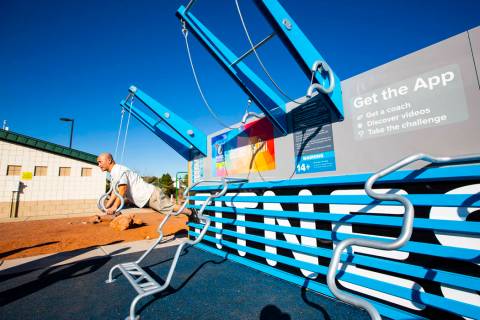