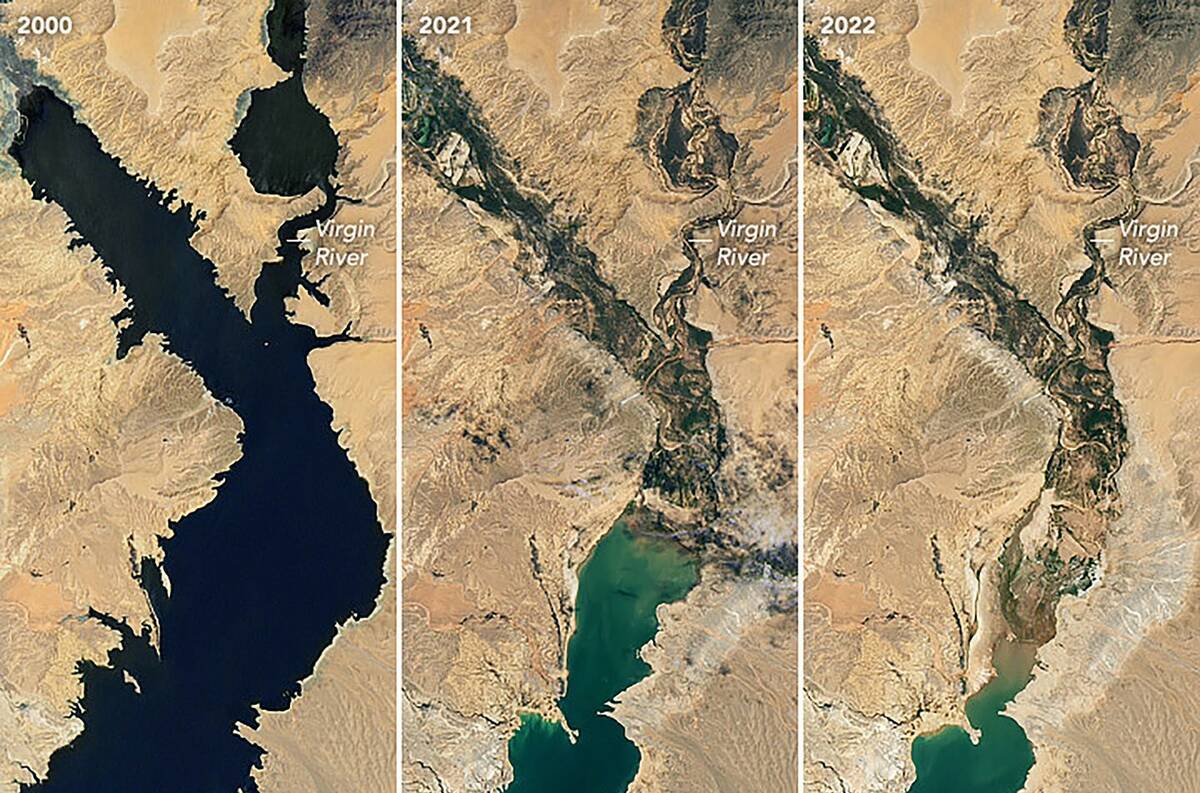 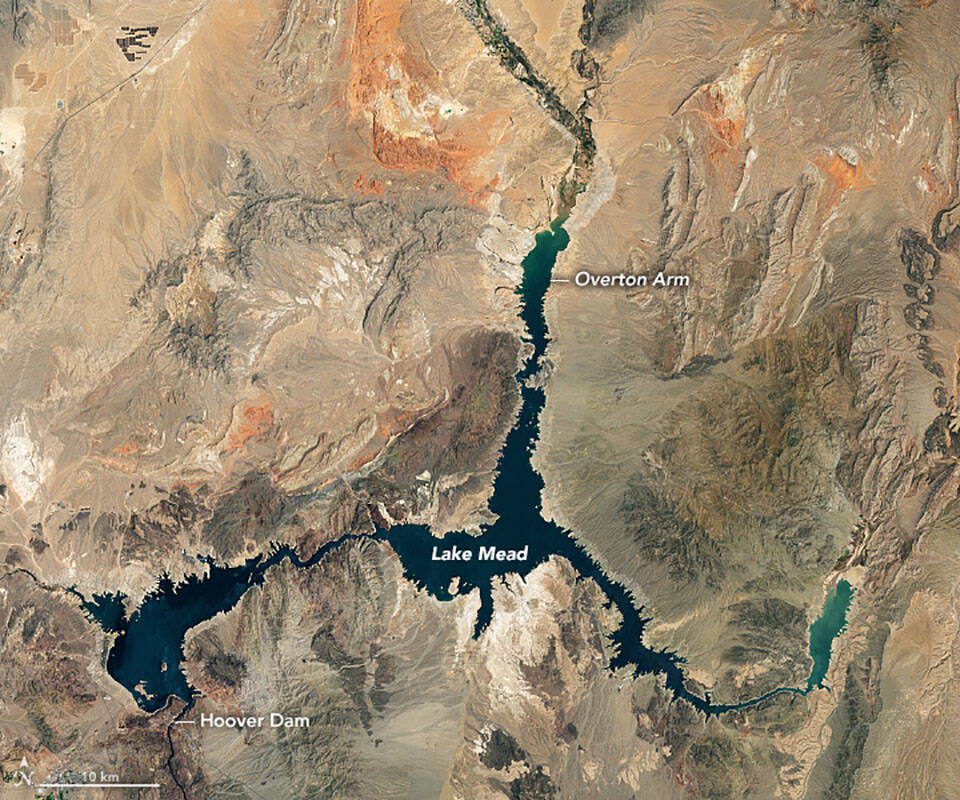 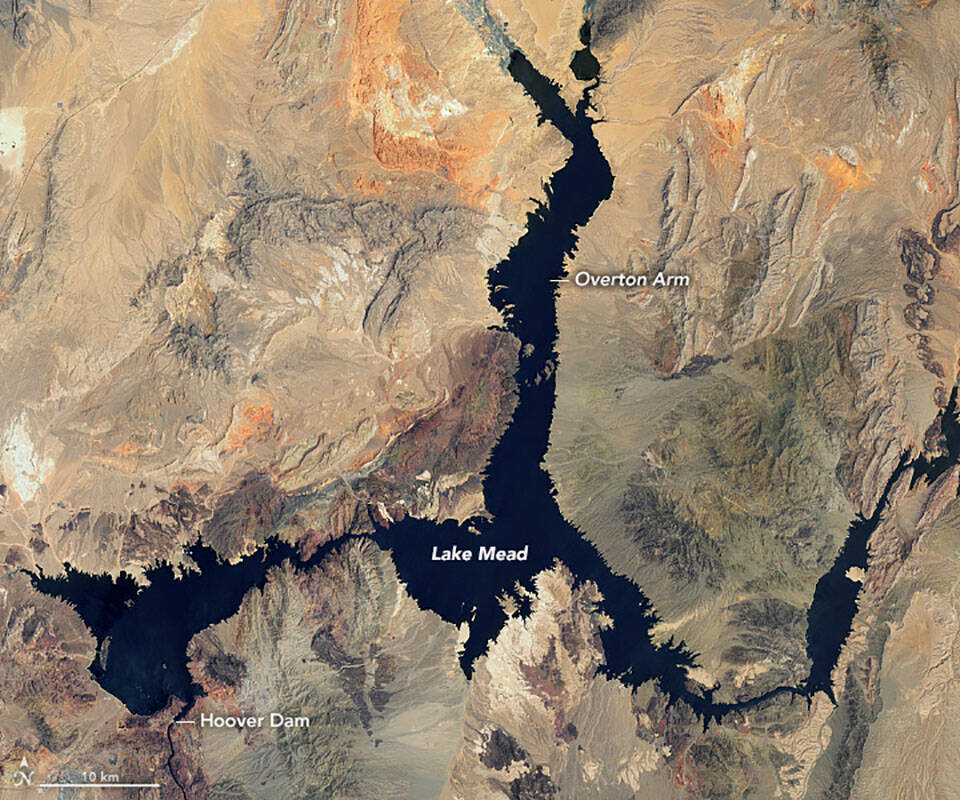 The spring and summer shrinkage of Lake Mead has drastically slowed, but not stopped.

Earlier this summer, the lake was dropping 6 to 7 inches a day.

The largest reservoir in the United States supplies water to some 40 million people across seven states, tribal lands and northern Mexico.

Last month, the Bureau of Reclamation requested water users in the lower Colorado River watershed develop a plan to reduce 2 to 4 million acre feet of water use by mid-August.

Without such cuts, Reclamation Commissioner Camille Calimlim Touton told the Senate Committee on Energy and Natural Resources Committee in testimony that the lake could soon become “useless.”

Photos taken by NASA provide a stark illustration of climate change and a long-term drought that may be the worst in the West in 12 centuries.

The natural-color images were acquired on July 6, 2000, and July 3, 2022, by Landsat 7 and Landsat 8. The light-colored fringes along the shorelines in 2021 and 2022 are mineralized areas of the lakeshore that were formerly underwater when the reservoir was filled closer to capacity. The phenomenon is often referred to as a “bathtub ring.”

The latest Reclamation projection puts the lake level at 1,026 feet by next July. The bureau admits projections can be off widely.

At full capacity, Lake Mead would be 1,220 feet (in elevation) near the dam and would hold 9.3 trillion gallons of water. The lake last approached full capacity in the summers of 1983 and 1999.