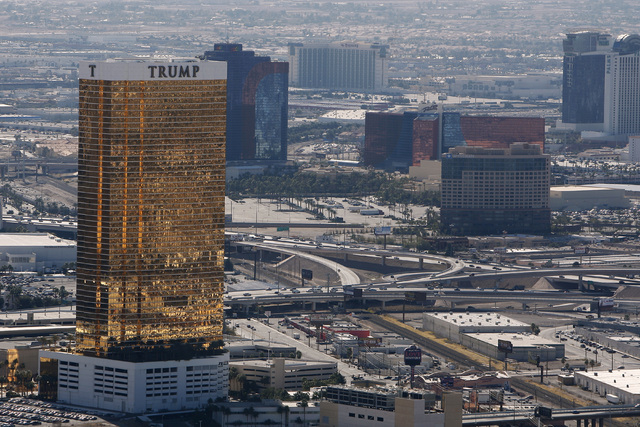 A large group of people took to the Strip on Thursday afternoon to call on the Trump International to open contract negotiations with its freshly unionized culinary workers.

The march was expected to run from 5 to 7 p.m., starting at Las Vegas Boulevard South and Riviera Drive and ending with a rally at the 2000 Fashion Show Drive hotel.

The event was organized by Culinary Local 226, which represents more than 57,000 workers in the valley. Last month, the group was certified to represent the more than 500 culinary workers at the Trump hotel, and the goal of Thursday’s march was to call for contract negotiations to “begin immediately.”

An after-business-hours phone call and an email to a public relations agency for the Trump Organization, Trump International’s parent company, were not immediately returned.

Turning the corner and heading to @TrumpLasVegas! #Vegas #trump pic.twitter.com/O4rcfyUaLg