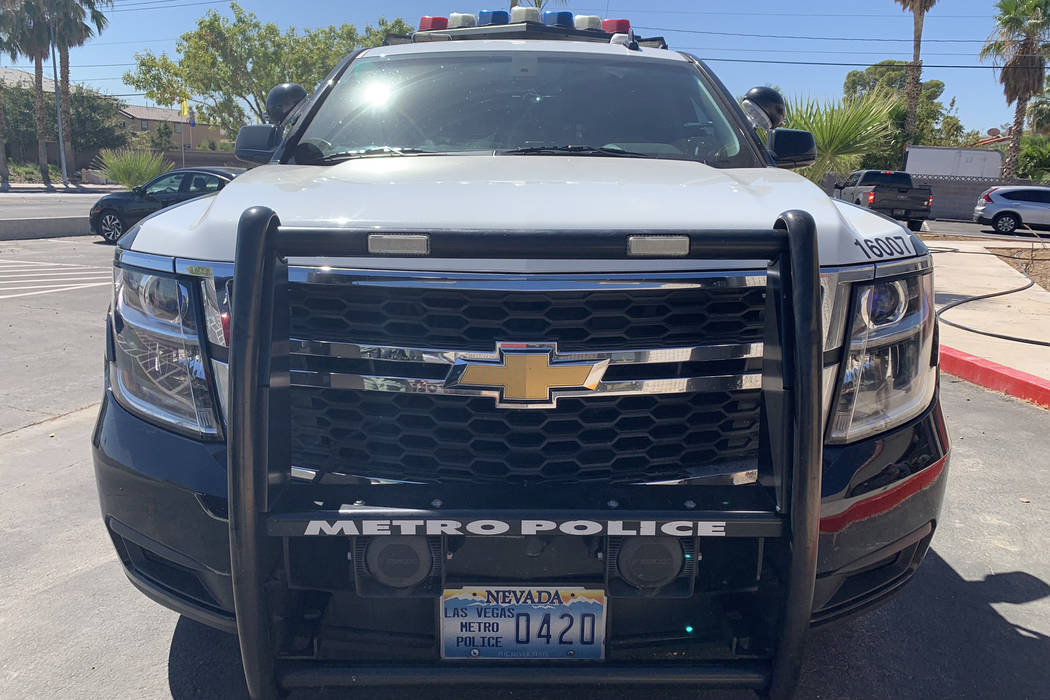 A 78-year-old man died days after he struck a car early this month as he used his motorized wheelchair in a crosswalk, Las Vegas police announced Friday.

The crash happened the afternoon of Aug. 1, police said. Pepiton Malaguit had started crossing South Nellis Boulevard against a “don’t walk” signal at East Sahara Avenue when his wheelchair struck the side of an accelerating SUV about 1 p.m.

At impact, Malaguit’s wheelchair overturned. He was taken to University Medical Center with “what appeared to be minor injuries,” police said.

A few days later though, the Clark County coroner’s office notified the Metropolitan Police Department that Malaguit had died of multiple blunt force injuries that he suffered in the crash. His death was ruled an accident.

Police said the driver of the SUV showed no signs of impairment. Malaguit’s death marked the 69th traffic fatality in Metro’s jurisdiction so far this year.