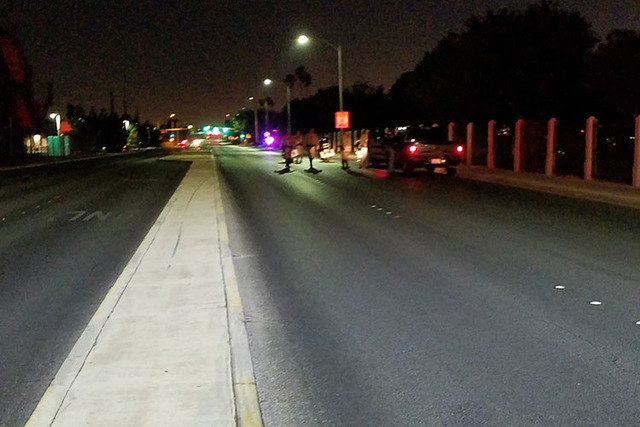 Metropolitan Police officers are on the scene of a fatal hit-and-run on Bruce Street between Owens and Searles avenues. (Mike Shoro/Las Vegas Review-Journal) 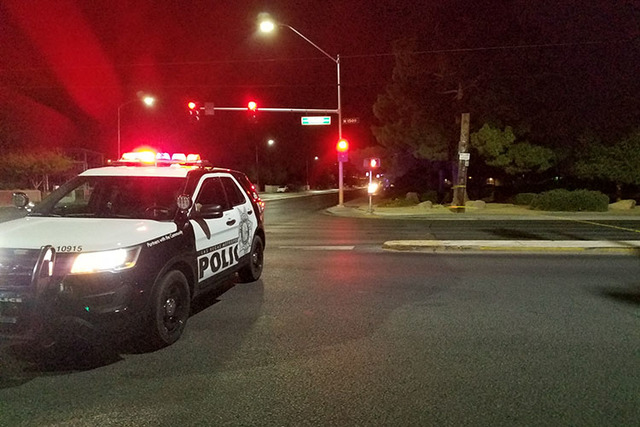 Las Vegas police are investigating a fatal hit-and-run crash involving a pedestrian in the central valley on Sunday night.

Sgt. Robert Stauffer of Metro’s traffic unit said a driver reported seeing a car trying to avoid hitting an object in the road. It was the body of a man who Stauffer said had died after apparently being hit by a vehicle.

Stauffer said police weren’t sure what type of vehicle hit the man, although red paint and chrome parts were at the scene.

Police were waiting for the Clark County coroner to determine whether the unidentified man was hit multiple times, Stauffer said. He said police were uncertain when the accident might have occurred.

The stretch of road was particularly dark, he said, and the man was wearing dark clothing.

This is the 87th traffic-related fatality in Metro’s jurisdiction for 2016.