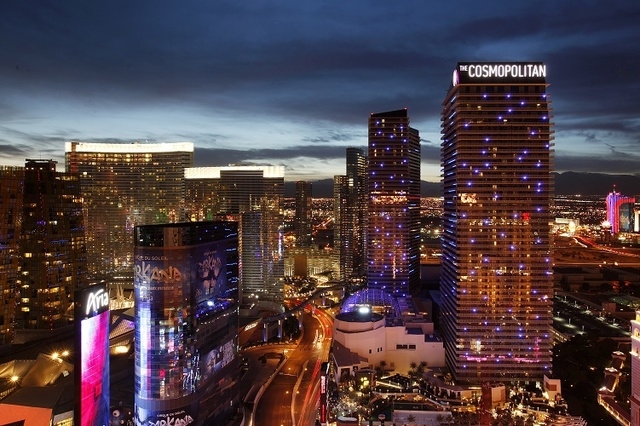 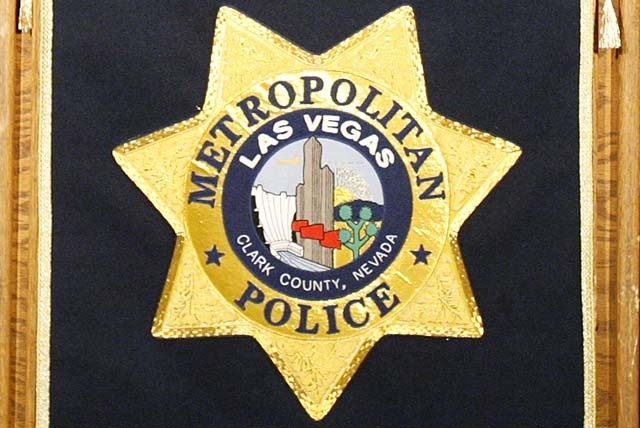 Las Vegas police will pay more than $80,000 to settle a lawsuit filed by a woman who said officers detained her for two hours in The Cosmopolitan after falsely accusing her of being a prostitute.

Chentile Goodman was released without charge after the 2011 incident and filed a lawsuit later that year.

The $82,500 settlement of her case was approved this week by Metro’s Fiscal Affairs Committee, an oversight board of two Clark County commissioners, two Las Vegas City Council members and a citizen member.

In her lawsuit, Goodman said she had picked her friend Ayda Mosafer up at the airport the night of Feb. 9, 2011, and the two were planning to meet Goodman’s boyfriend for a late dinner and drinks.

In court filings, police said undercover vice officers were at The Cosmopolitan that night because it was known to be “overrun with prostitutes.”

Two of the officers, Sgt. James Signorello and Detective John Segura, spotted Goodman and Mosafer near the elevators. Police said Signorello recognized Mosafer from her arrest on suspicion of prostitution days earlier at the Spearmint Rhino strip club, where both Mosafer and Goodman worked.

Goodman said Segura approached her and asked if she knew where he could have some “fun.” By both sides’ accounts, the women showed no interest.

Despite that, the detectives identified themselves as police, asked for the women’s phones and said they needed to talk to them in the casino security office, Metro’s lawyers wrote in a court filing.

Goodman’s lawyer, Robert Nersesian, said she has never worked as a prostitute in her life. The women told the officers they were on their way to meet Goodman’s boyfriend at The Henry, a 24-hour restaurant in the hotel.

Goodman said the officers grabbed her and Mosafer by the arms, seized her cell phone and purse and took the women to the security office, where they were held and threatened with arrest. Goodman said police called her “whore” while holding her.

“LVMPD has developed a policy and practice of broad-scale prostitution sweeps in public casinos in a manner that threatens the constitutional rights of the women they target,” U.S. District Judge Miranda Du wrote in a 2013 order granting some of Goodman’s claims. “As evidenced by Goodman’s detention and arrest in February 2011, the imprecise nature of Vice’s undercover activity results in a chaotic atmosphere that portends serious constitutional violations in cases where officers fail to appropriately assess the suspicion of their targets, all without appropriate checks on individual officers’ actions. The Constitution requires more.”

Du ruled police had no “reasonable suspicion” of criminal activity that justified detaining Goodman, which made the search of her purse and seizure of her phone unconstitutional.

That ruling was overturned in June by a federal appeals court, which said the case should go to trial “because the facts here are so thoroughly disputed, and the resolution of the federal claims depends entirely on who is believed.” After that, the two sides held a settlement conference and agreed on the $82,500 payment.

Goodman also sued the owners of The Cosmopolitan, arguing casino security officers improperly helped detain her. Nersesian said the casino and Goodman reached a settlement, but he would not elaborate. The Cosmopolitan declined to comment.

Metro’s public information office didn’t respond to a request for comment Tuesday on the lawsuit settlement.

In a court filing, Metro lawyers said the detectives were justified in detaining Goodman for several reasons, including that she worked at a strip club, was “dressed provocatively” at 2 a.m. and was seen near the hotel elevators, which police said called “a known area for loitering for prostitution.”

Du, the judge, wrote that such vague standards could “scoop up many, if not most, women visiting the Cosmopolitan at the time.”

Goodman’s lawyer, Nersesian, said he thinks the detectives’ explanations were invented after the fact. Asked why he thinks the officers really stopped his client, he said: “They just go into these places and sweep everybody they think looks hot.”

Goodman, who is in her early 30s, is now living in another state and working as a nurse, Nersesian said. She could not be reached for comment.

Goodman’s lawsuit said the incident caused her emotional distress, and her lawyer said it took courage for her to pursue the lawsuit in hopes of changing police behavior.

“We have a constitution for a reason,” Nersesian said. “One of the biggest reasons is so that good people aren’t swept up in bad situations. And from my perspective … this was a glaring example of the failure to recognize constitutional limits, sweeping in a good person and causing her great harm.”