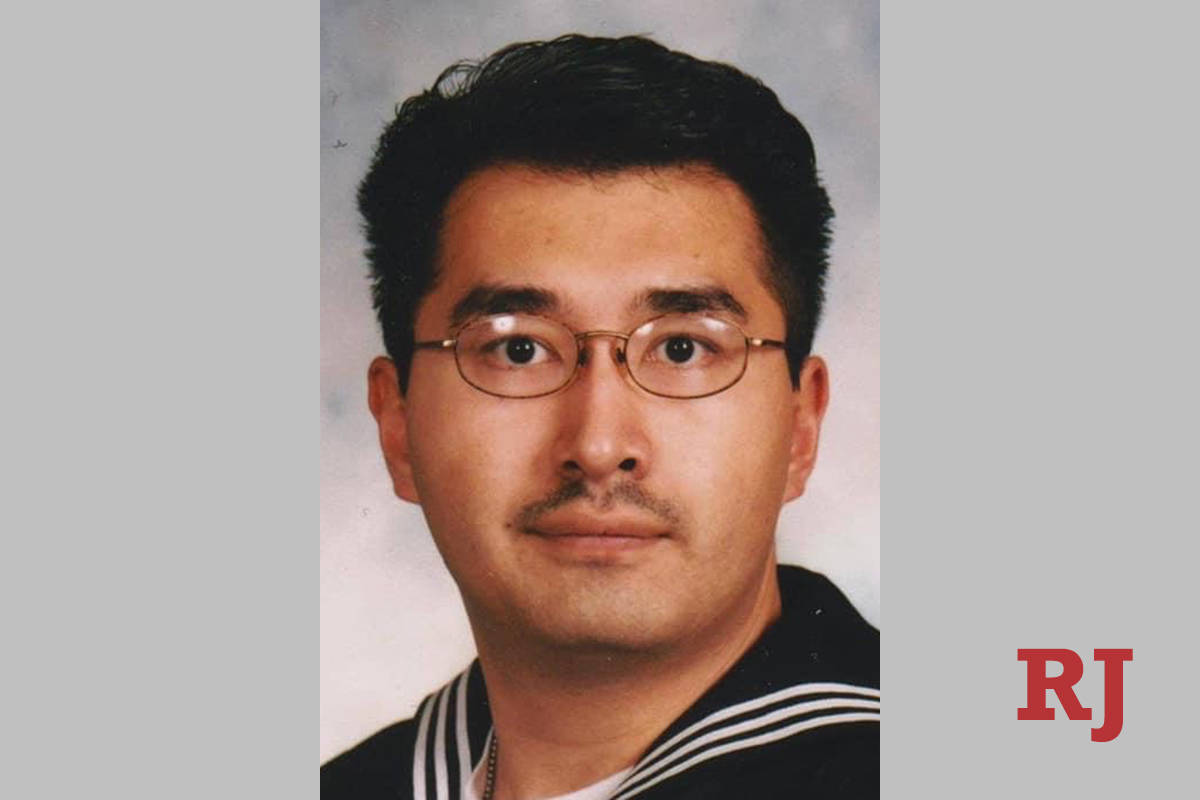 This early 2000s photo shows Lloyd Napouk in his Navy uniform. Napouk was shot and killed by Las Vegas police in 2018 after a five-minute negotiation. (Napouk family) 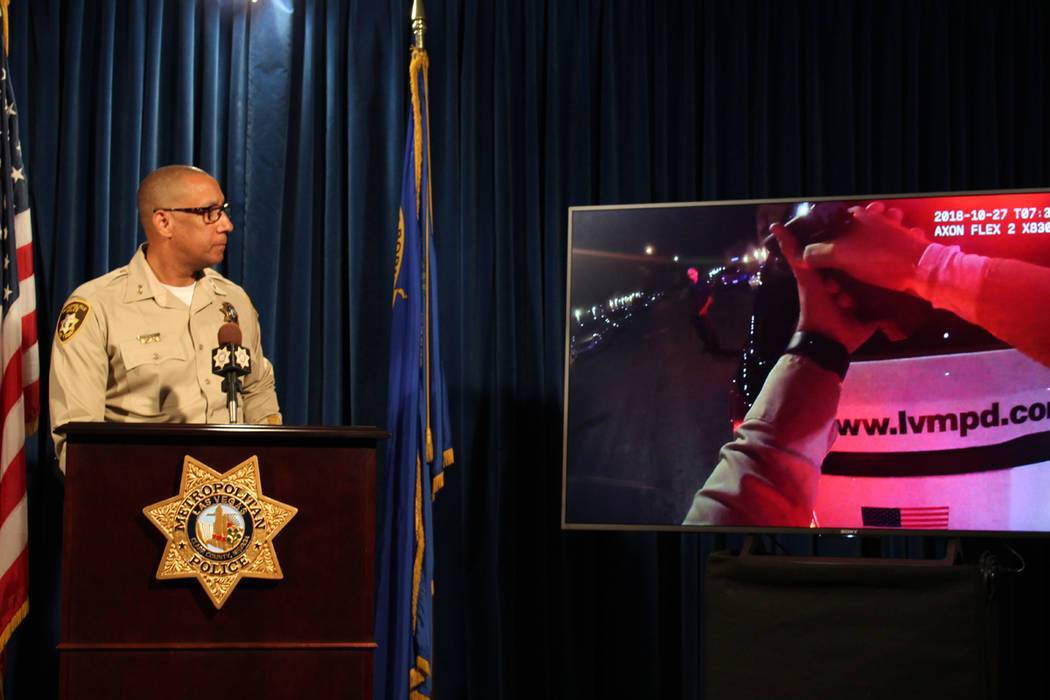 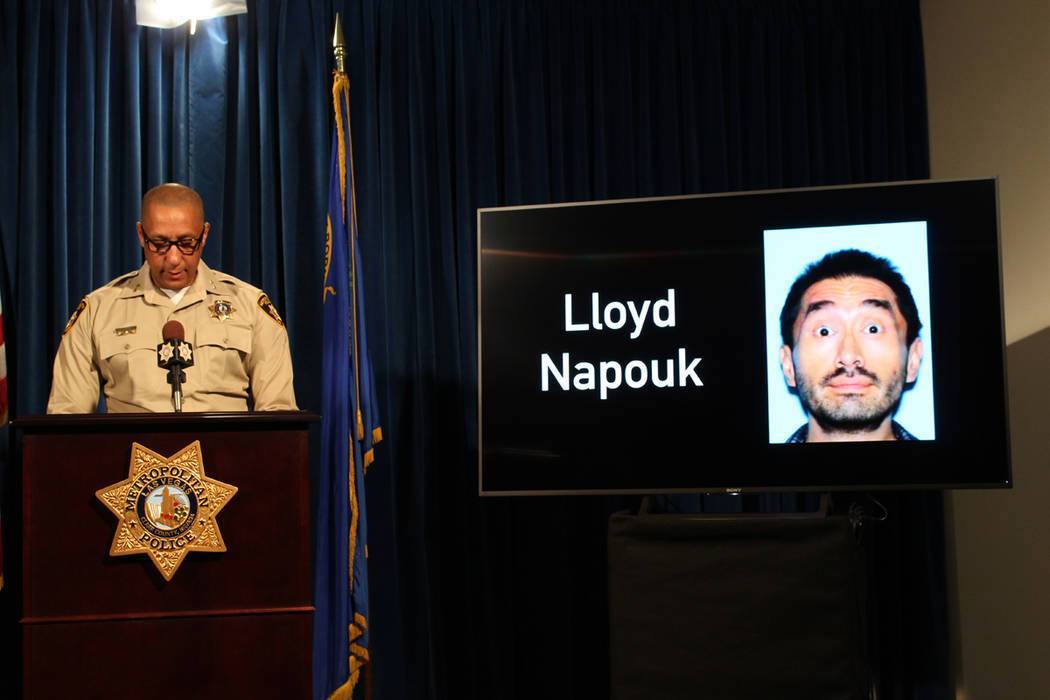 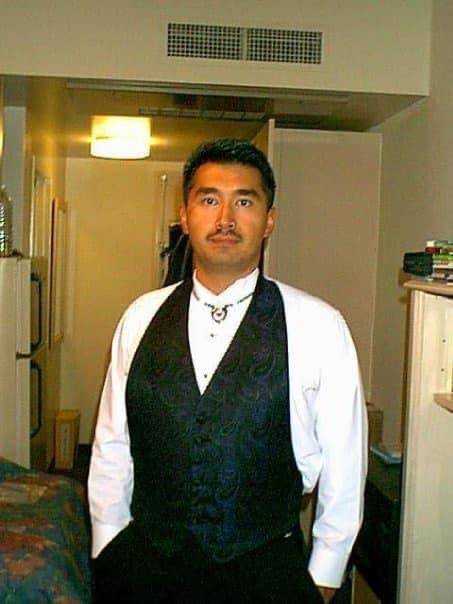 Lloyd Napouk poses for a picture in this undated photo. Napouk was shot and killed by Las Vegas police in 2018 after a five-minute negotiation. (Napouk family) 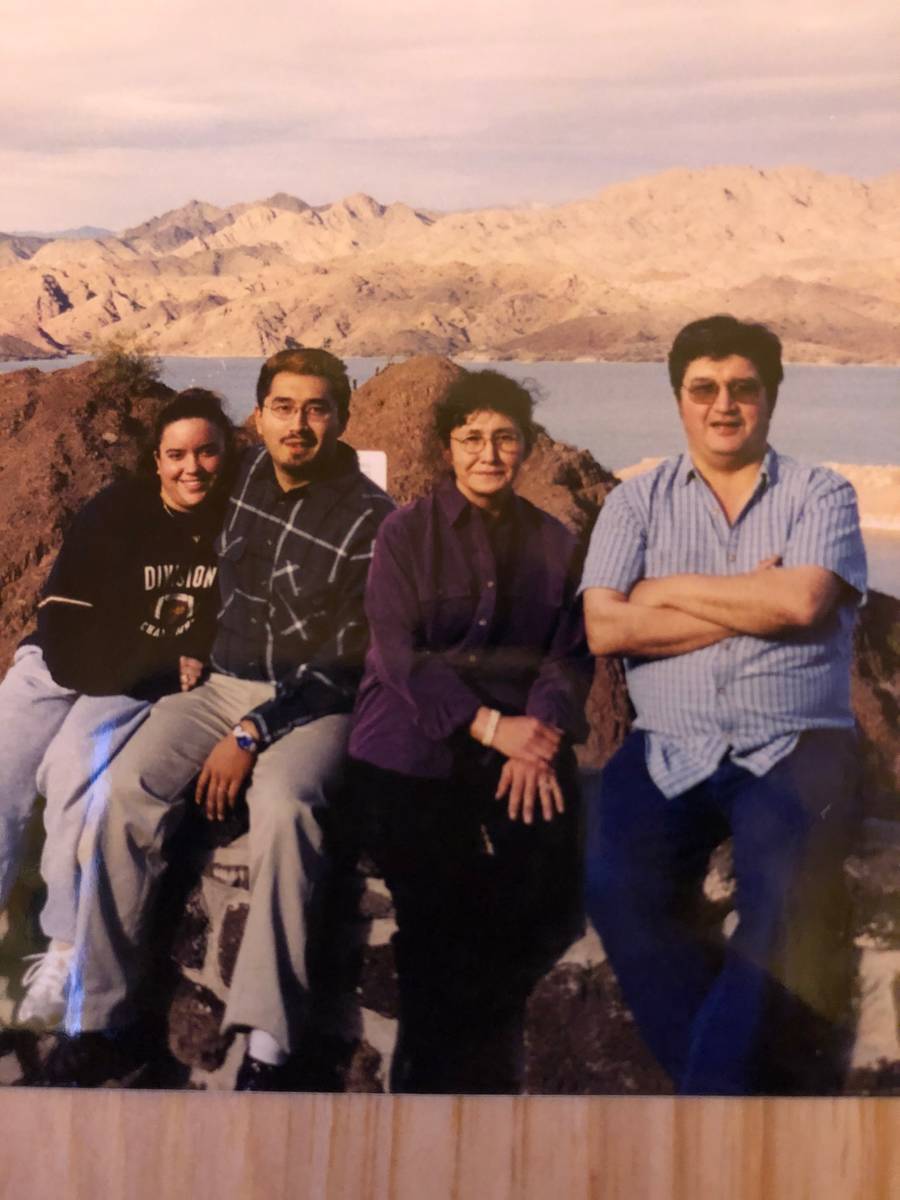 Lloyd Napouk (left) poses with his mother and his family in this undated photo. Napouk was shot and killed by Las Vegas police in 2018 after a five-minute negotiation. (Napouk family)

The family of a 44-year-old man who was shot and killed by Las Vegas police while holding a toy sword has filed a wrongful death lawsuit against the department.

According to the complaint, filed Oct. 5 in federal court, officers killed Lloyd Napouk in 2018 “for refusing to comply with their commands and not because he ever constituted a threat.”

It called the shooting “excessive and unreasonable,” and names the Metropolitan Police Department, Sgt. Buford Kenton and officer Cameran Gunn as defendants.

Metro declined to comment on the lawsuit, citing pending litigation.

Napouk died just before 12:40 a.m. on Oct. 27, 2018, after a roughly five-minute negotiation with officers. He had been holding a plastic sword that was “very special to him,” police said after the shooting.

The lawsuit argues that police should have known that Napouk was only holding a toy sword and that Metro failed to discipline or train officers in the use of deadly force or crisis intervention training.

“This was clearly not an immediate defense-of-life situation,” attorney Peter Goldstein told the Las Vegas Review-Journal this week. “It was a horrible shooting, and it never should have been.”

Goldstein said police violated Napouk’s rights under the Americans with Disabilities Act because they “should have known how to accommodate (Napouk’s) mental illness by employing de-escalation strategies.”

The lawsuit was filed on behalf of Napouk’s parents, Gerald and Mary, and a co-special administrator, Las Vegas attorney Fredrick Waid.

Even though Napouk was never diagnosed with mental illness, Goldstein said the officers’ body camera footage make it apparent to him that Napouk was suffering from a “serious mental disorder.”

The Clark County district attorney’s office last year said Napouk had “very high levels” of methamphetamine and THC in his system. The office also deemed the officers’ actions in the shooting legally justified.

Police encountered Napouk in the 5400 block of Tinker Toy Avenue, near Warm Springs Road and Decatur Boulevard, after a 911 caller reported an armed man looking into vehicles and walking door to door.

In the body camera footage, Napouk is calmly smoking a cigarette as Kenton and Gunn shout commands at him to drop his weapon. He is holding the 22-inch weapon that was made of plastic and fashioned together with electrical tape to resemble a sword.

“Dude, just drop it,” Kenton yells in the video, his Glock 19 aimed at the suspect, who is pacing in front of a house. A Metro patrol vehicle is between the officers and the armed suspect as they speak with Napouk.

Napouk was unable to recall his name, and at one point can be heard in the footage saying, “Get out of here.”

At that moment, “based on (Napouk’s) behavior, defendants knew or should have known that (he) was suffering from a mental health crisis,” the complaint states.

Instead, they “made no effort to approach (Napouk) or peacefully resolve the situation.”

After Napouk ignores several commands to drop the object, the sergeant on the body camera footage can be heard radioing in, “Let’s get a unit with a beanbag shotgun. And can we have K-9 out here and have medical stand by? Call for medical.”

Shortly after Kenton requests low-lethal options, Napouk walks toward Kenton with the object in his hand.

“I’m going to shoot you,” Kenton yells. “If you come one more step, you’re dead.”

The footage cuts off after the sound of a gunshot. Napouk died of multiple gunshot wounds.

‘My pride and joy’

It’s those moments in the body camera footage that hurt Gerald Napouk the most.

“When the cop yelled at my son … I knew that my son’s life was nothing to him. I knew that was the end of my son. I knew that,” he told the Review-Journal. “You just kill someone for taking a step?”

Lloyd Napouk was an Inuit from Alaska, and Gerald Napouk remembers his oldest son as an ambitious man who always called him “Pops.”

His son once was a top Navy recruit stationed on the USS Enterprise. After getting out in 2005, he studied computer networking at the University of Alaska.

The last time Gerald Napouk saw him, he tried to get him to go home to Alaska and get rehabilitation for his drug use.

“He had hopes. He had dreams like everybody else. He was smart. He was 10 times smarter than I ever was,” his dad said. “He was my son, my pride and joy.”