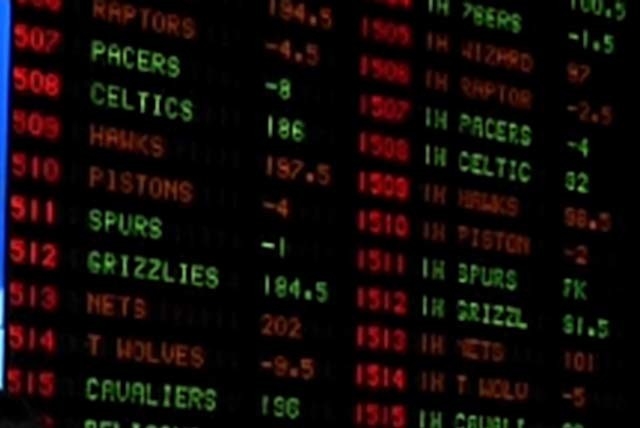 Top Las Vegas sports bettor Glen Cobb, his 82-year-old parents and his stepdaughter have been indicted by a federal grand jury on a felony charge of running a multimillion-dollar illegal bookmaking operation.

Cobb, 49, and the other defendants, Charles and Anna Cobb and Monica Namnard, also have been charged with conspiring to unlawfully structure $2.6 million through casinos and a bank as part of an effort to hide money from the Internal Revenue Service.

Federal structuring laws, designed to prevent money laundering, require casinos and other financial institutions to report all cash transactions above $10,000. The law can be circumvented if people conduct transactions under $10,000.

Federal prosecutors are seeking to recover roughly $13.2 million in cash and casino chips from the family and the gambling enterprise, which is alleged to have operated with the help of offshore sports books. The nine-page indictment was returned on Tuesday.

Cobb and his elderly parents have been summoned to face arraignment on the charges June 12 before U.S. Magistrate Judge Bill Hoffman. An arrest warrant has been issued for the 31-year-old Namnard.

The four defendants are charged with running the illegal bookmaking operation from March 2011 through December 2013 and unlawfully structuring the cash transactions through the casinos between December 2008 and November 2013.

The case was investigated by a financial crimes task force led by IRS-Criminal Investigation in Las Vegas and prosecuted by Assistant U.S. Attorney Andrew Duncan.

Prosecutors are seeking to recover roughly $1 million from the two men.

Garshofsky and Virchis were originally charged in 2013 with engaging in illegal chip transfers between their then-Cantor Gaming accounts at Strip casinos to avoid filing the required currency transaction reports. Cantor Gaming since has changed its name to CG Technology.

The IRS-led financial crimes task force later uncovered evidence of the bookmaking operation, which according to the plea agreements involved the participation of offshore betting organizations.