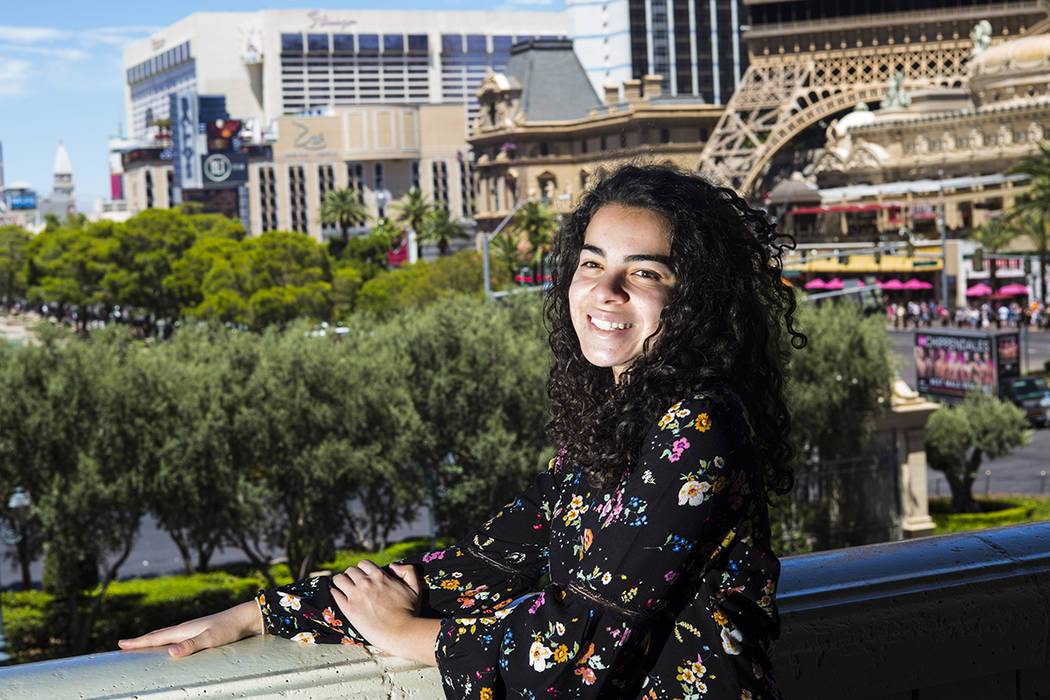 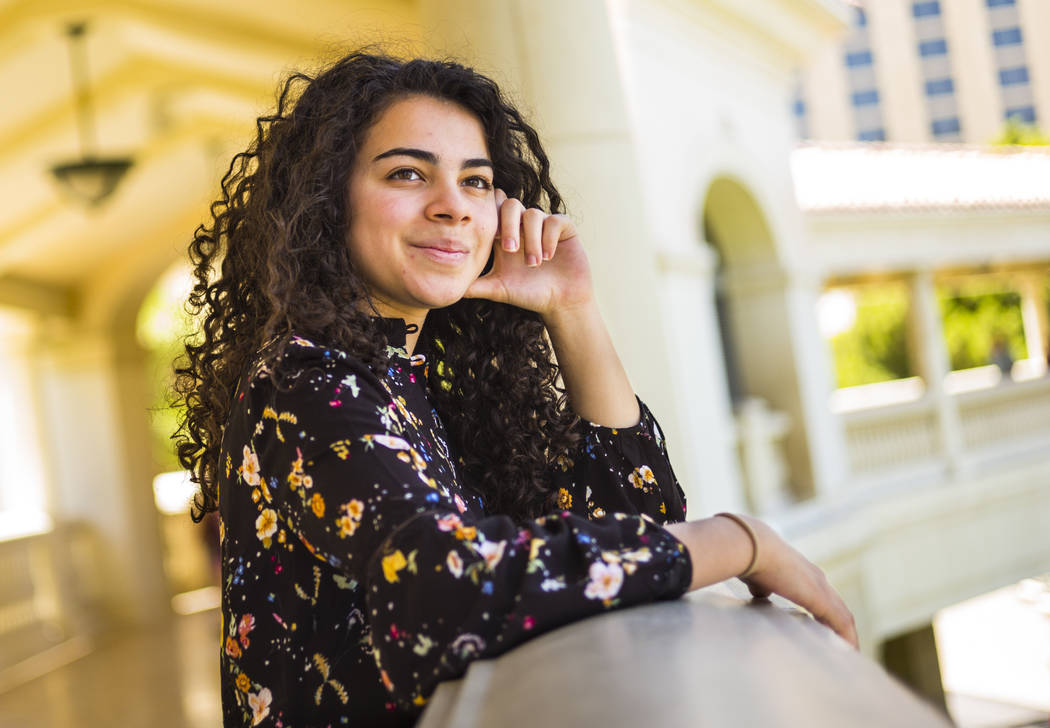 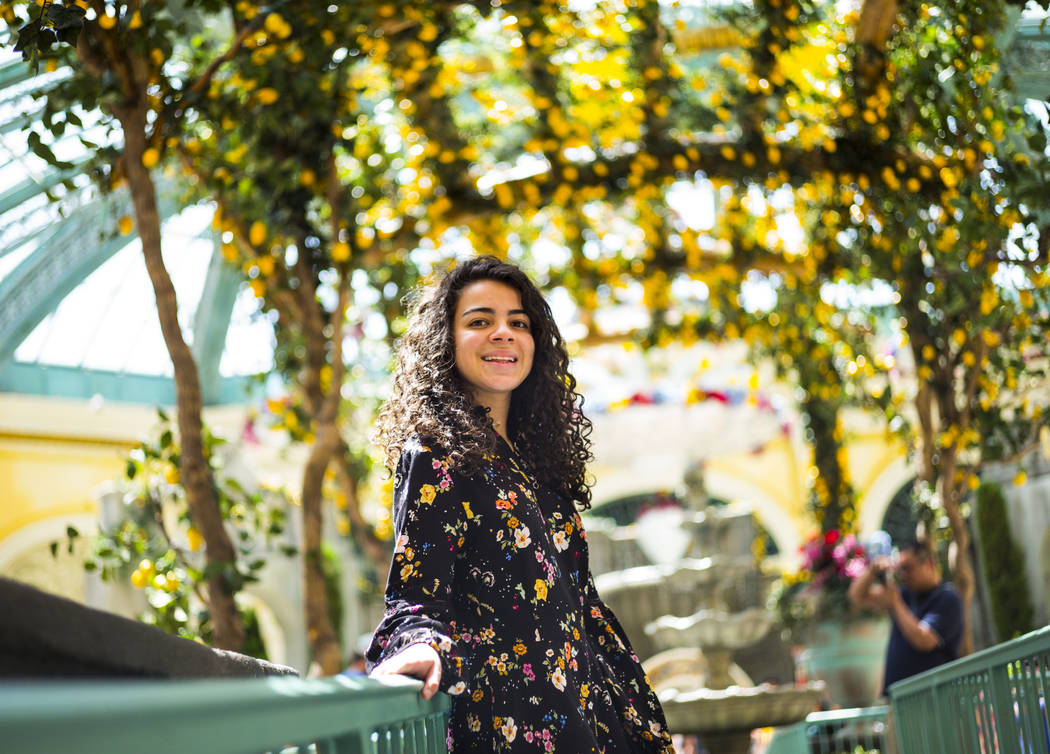 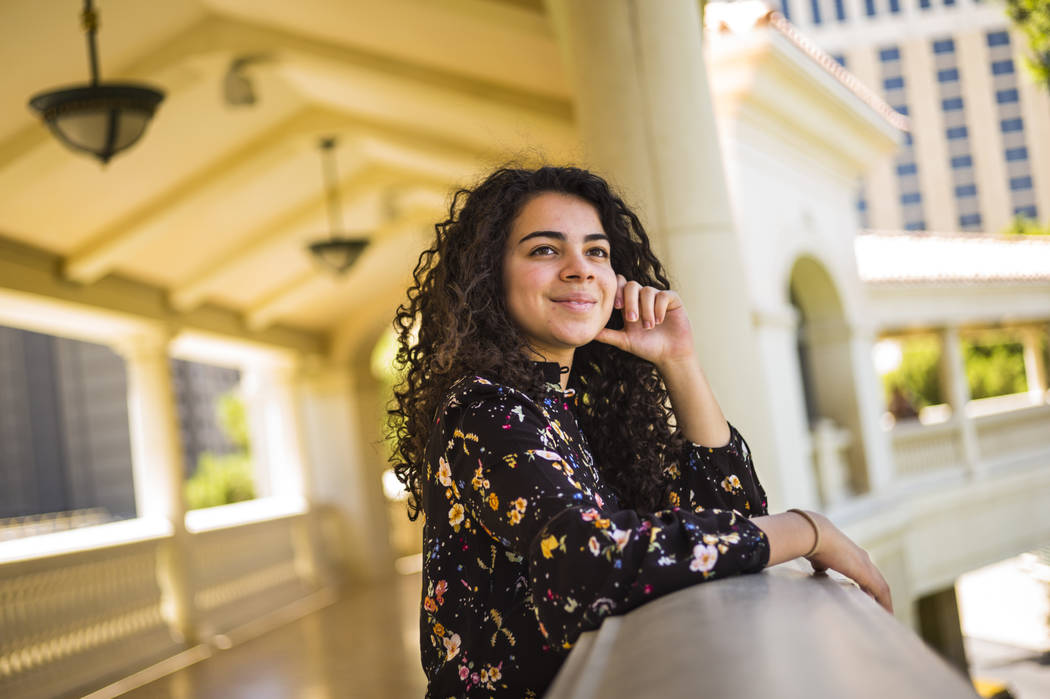 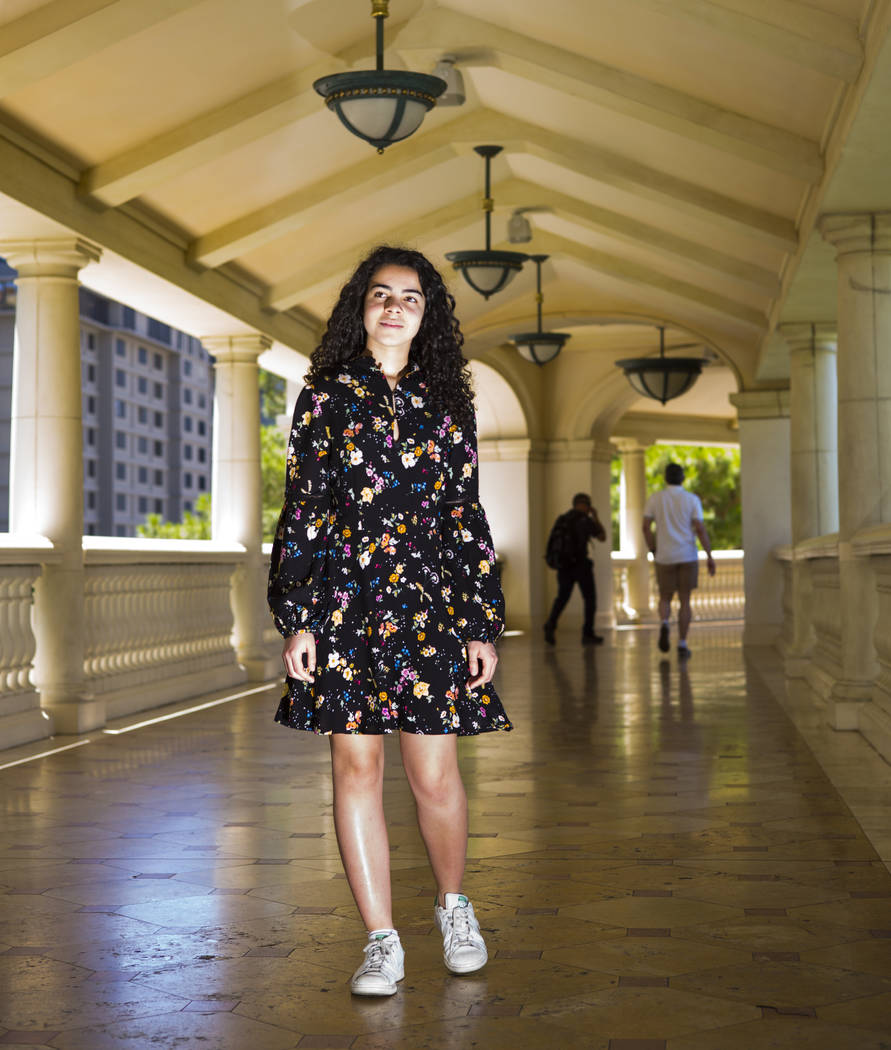 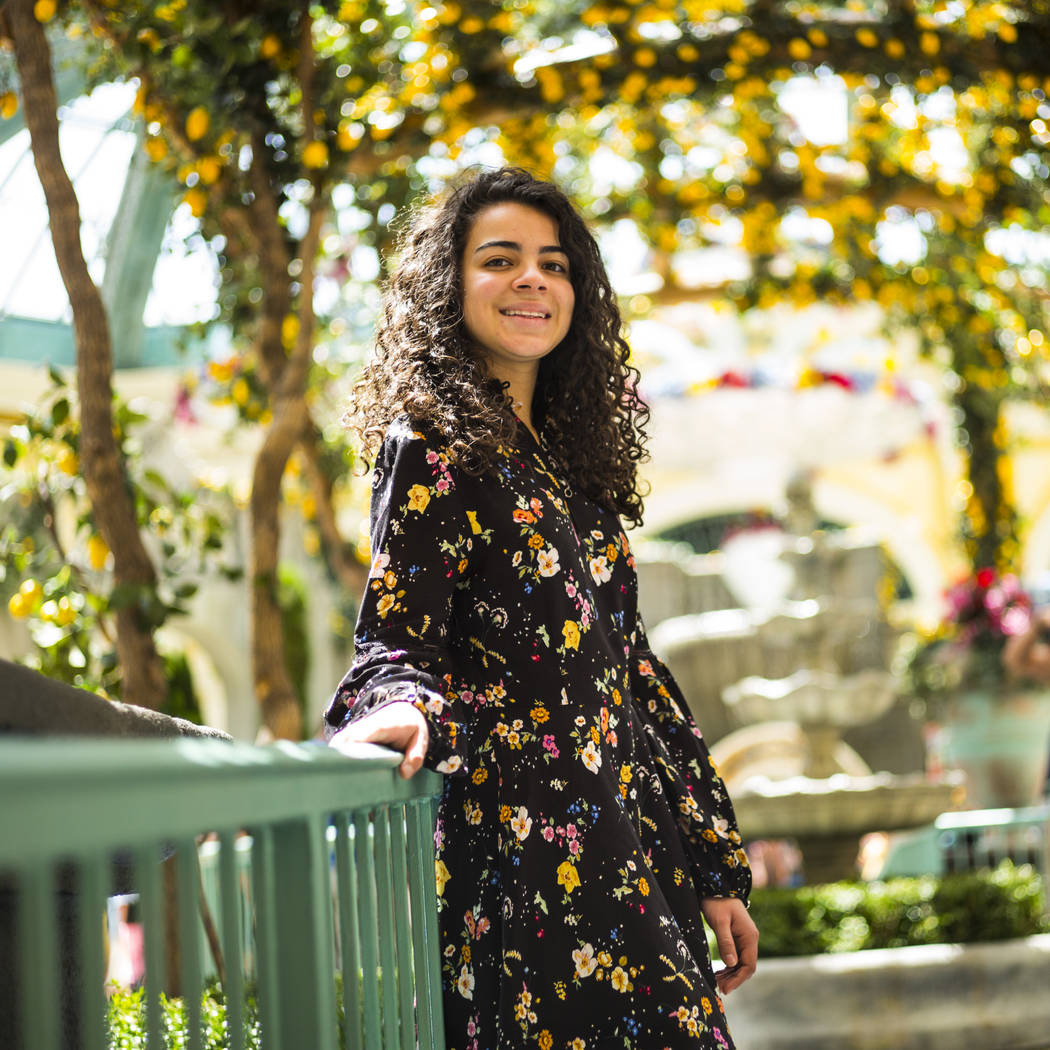 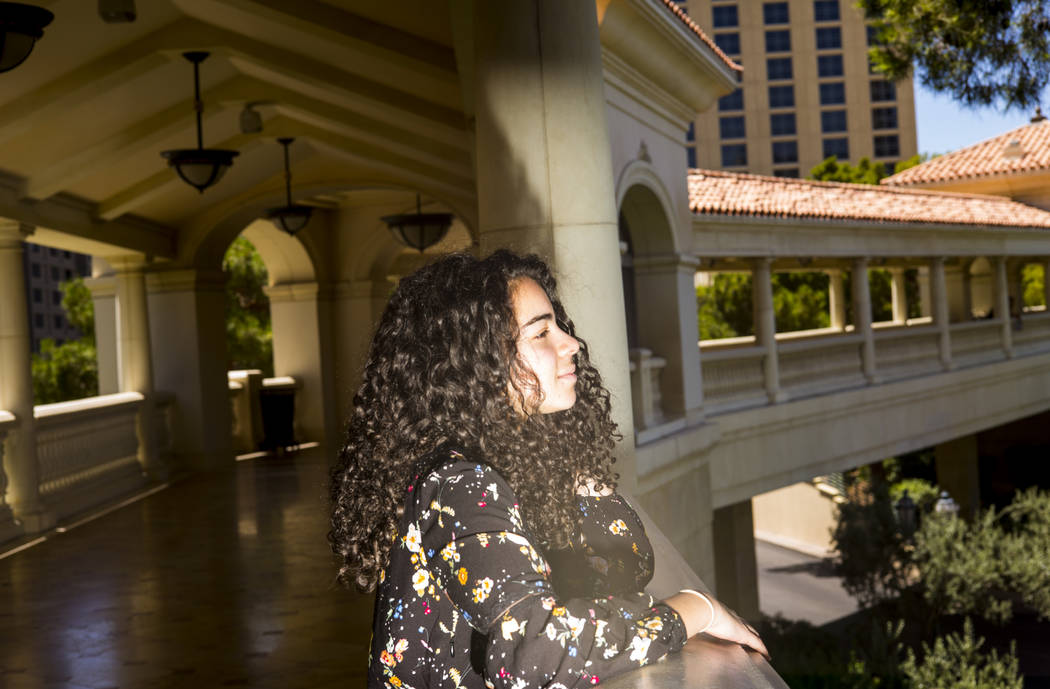 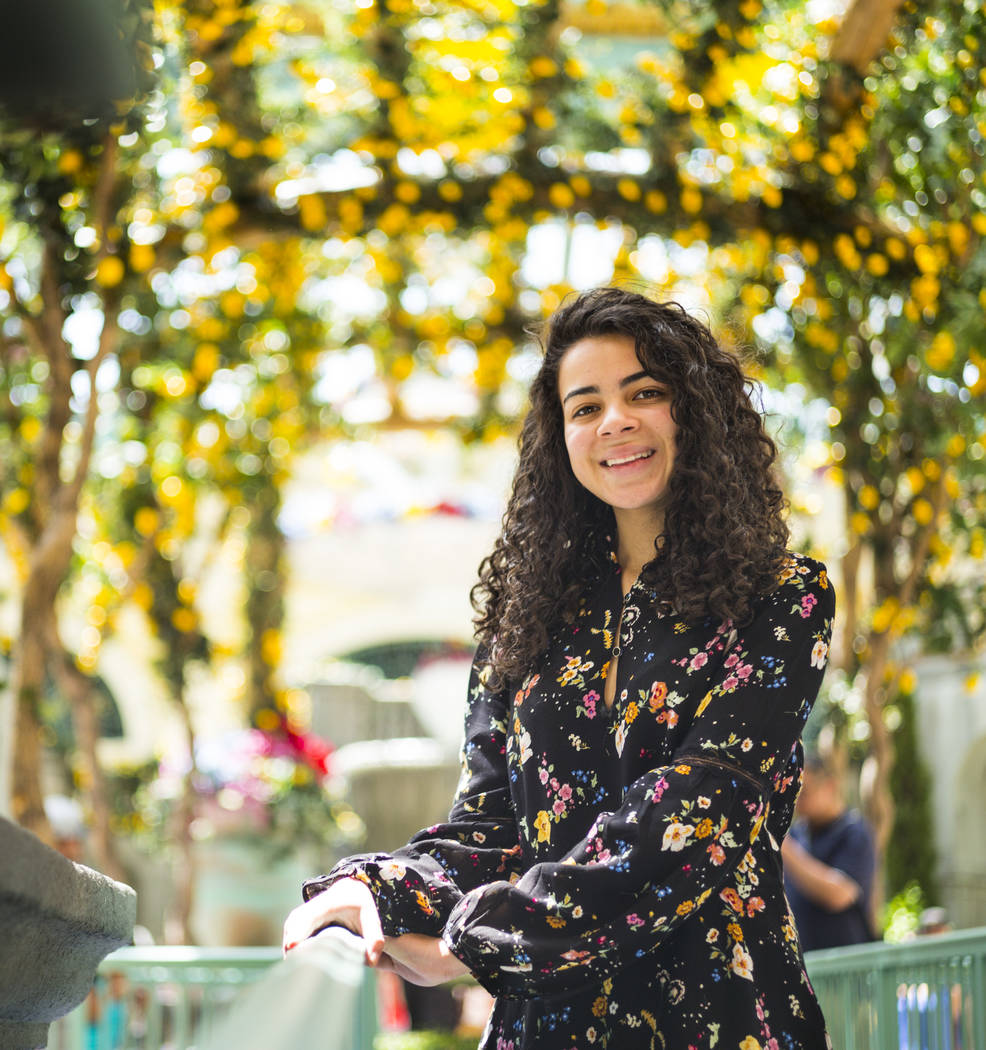 Her entire childhood, she’d been told that she was the future.

Now, 17-year-old Salomée Levy says youths are the present, too, and she thinks adults should see it that way.

In two weeks, she will fly to Puerto Rico, where she will be one of 130 students from around the world to join the International Congress of Youth Voices.

In its second year, the Congress will bring together teenage writers and activists from cities such as Bangalore, Moscow, Cape Town and Boston to participate as delegates. Levy is the sole delegate from Las Vegas.

Throughout the five-day congress, students will learn with and from accomplished writers, activists and elected officials.

“One of my role models went to it,” Levy says. “I saw the diversity and people from around the world and how they all assembled to write a piece. I knew I wanted to go and learn and grow.”

Levy is a dreamer. And while her goals are big, she feels undaunted.

“I usually keep them quiet,” says Levy, who is entering her senior year at Coral Academy of Science Las Vegas. “Even though they scare me at first, I break them down into smaller goals.”

She sees herself becoming the first female prime minister of Belize, her father’s country of origin. She also aims to become a U.S. senator and, before that, write for The New York Times. Her immediate goal is to write for Teen Vogue.

“I’m working on something for them right now,” Levy says. “I’ve been wanting to write for them for a long time. I’m really working hard to contact editors and write an op-ed.”

While in middle school, she wanted to get involved in activism, but felt it was something she could only do with a college degree.

In ninth grade, she was appointed one of 21 Youth Legislators in the Nevada Youth Legislature. In her two-year term she gained confidence through hosting town halls and drafting bills. That experience inspired an interest in politics.

In 2016, she founded Artsy Hands, an art education initiative in which she was able to donate 5,000 units of supplies to four Clark County School District classrooms.

In the past two years, she’s practiced honing her voice, writing for online publications such as Student Voice, where she wrote an essay about sexual harassment culture in the school district.

Late last year she launched We The Immigrants, an online platform where teenage immigrants can share their experiences.

“Usually we see immigrants in headlines and hear about deportation,” Levy says. “But we don’t hear their feelings, hear their perspective.”

So far, she’s enlisted five writers from the U.S. and Australia to lend their voices to the project and aims to recruit more this year.

Levy received mentorship on her project this summer at a fellowship for young female activists called HerLead. She hopes to gain more insight at the congress.

“I think grown-ups can learn to listen to what young people have to say, to serve as allies and not take over,” she says. “Make space for everyone, people from different backgrounds, people of color and people who are young.”