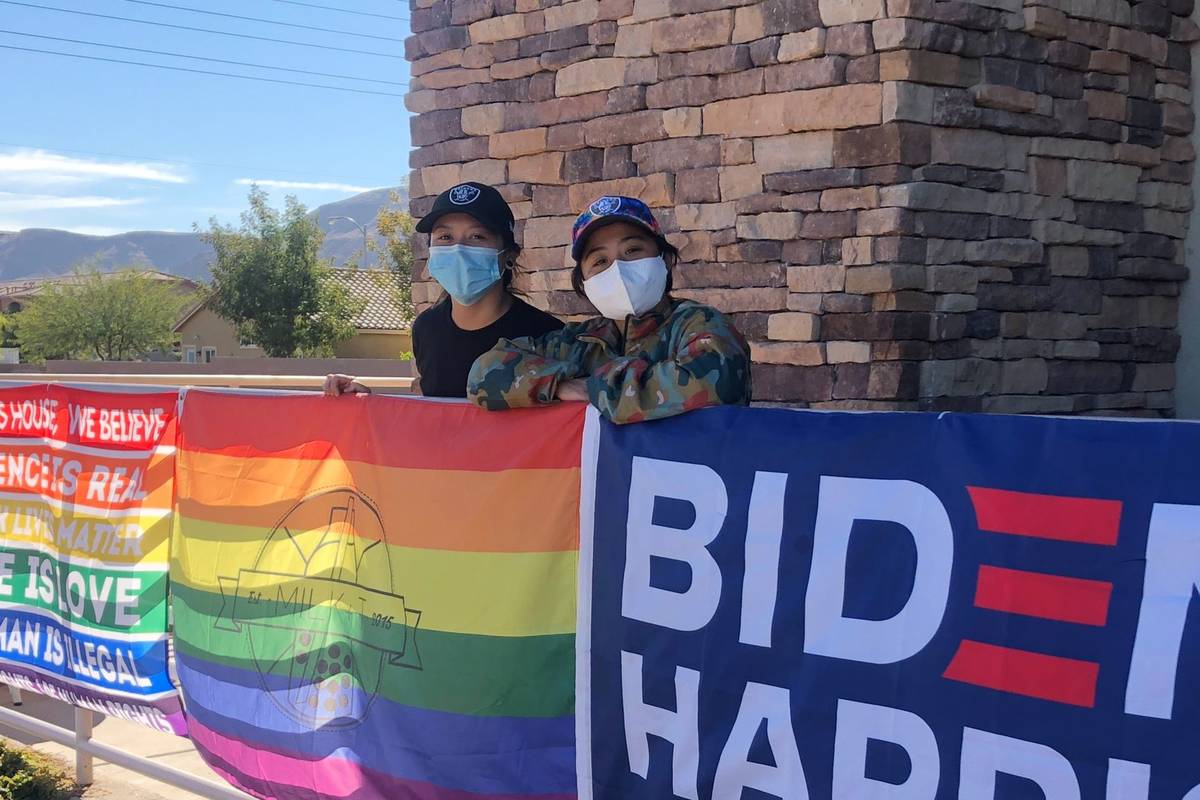 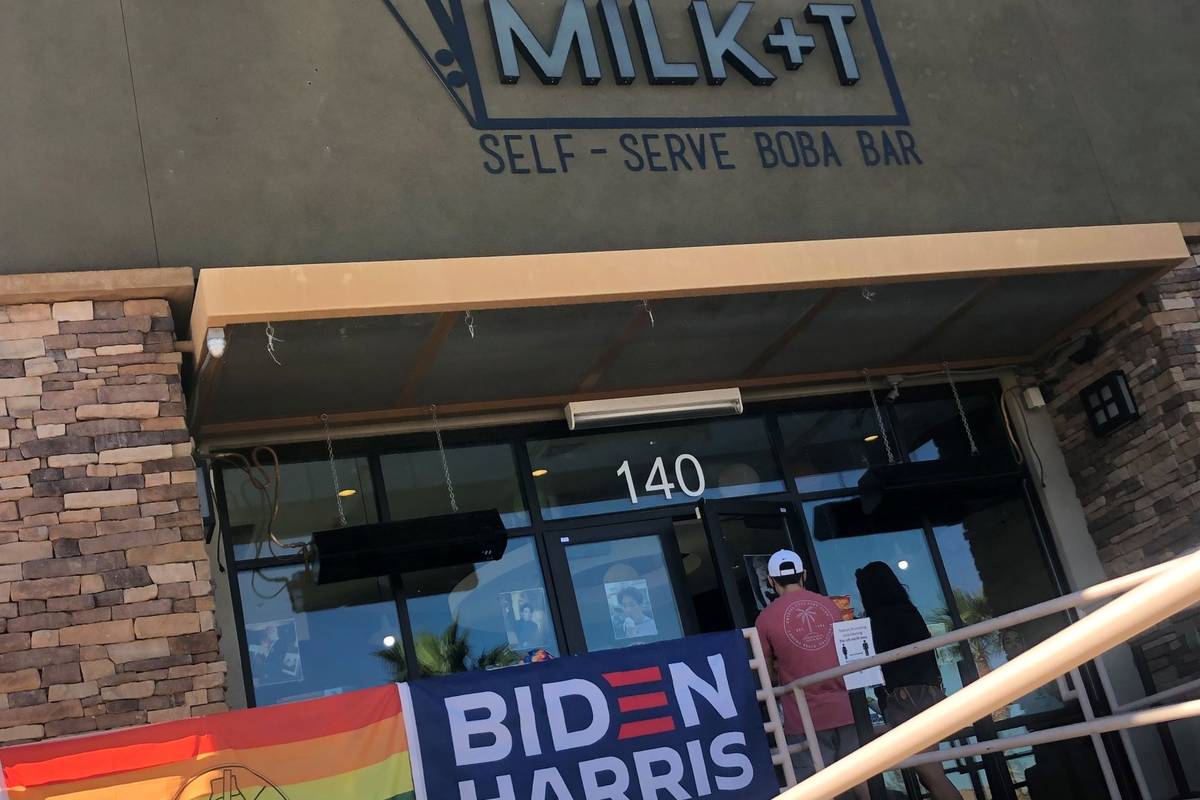 The operators of a southwest Las Vegas Valley business say a man threatened to “blow up” their store because of their rainbow LGBTQ flag and a flag supporting presidential nominee Joe Biden.

Beyah Delmuneo, the owner of the Milk+T bubble tea shop, said her girlfriend, Caroline Sadorra, answered the phone Thursday afternoon to a man yelling at her about two flags displayed outside the business.

“His voice just sounded angry and hostile,” Sadorra, the store manager, said, adding that he began “interrogating her.”

The man also used a homophobic slur when describing the store, Sadorra said, “God bless you” and ended the call, but five minutes later he called back, she said.

“I’m going to blow up your f—- store,” the man said, according to a recording Sadorra took of the phone call.

Delmuneo said long lines to file a police report at a Metropolitan Police Department station prevented her from reporting the call until Saturday morning. When Sadorra called 911 on Thursday afternoon, a dispatcher told her it wasn’t an emergency.

The two now hope that police will take the man’s threats seriously.

“We literally have all the evidence they could possibly need,” Sadorra said.

Sadorra said the phone call scared her, and that she and Delmuneo have been cautiously eyeing every customer who walks up, wondering if it’s the man. On Saturday afternoon, employees took orders at a picnic table outside the business, while the front door remained locked.

But many customers who came to the store on Saturday voiced their support for the business after hearing about the man’s threat on the news, Delmuneo said.

She also owns tea shops in Portland and Los Angeles, and all of the businesses have a rainbow flag with the Milk+T logo on it. Delmuneo said she’s always been very vocal about being a member of the LGBTQ community and sharing her political beliefs; the Biden flag came from a campaign event the store hosted last weekend for Rep. Susie Lee.

Although some people have urged the couple to remove the flags out of fear for their safety, Delmuneo and Sadorra both said they’re determined to continue displaying them.

Since the man’s call, the two have put up another rainbow flag, this one reading: “In this house, we believe science is real, Black Lives Matter, love is love, no human is illegal, womens rights are human rights.”

“It just doesn’t seem right to not stand for something,” Delmuneo said.

The two said they strive to make their store inclusive of everyone, including people who don’t agree with them. But they also want respect from others, Sadorra said.

Sadorra said she wants the man who called her to face consequences for the threat, but she also thinks he may be “going through a hard time.”

“I just hope that he finds peace, that he doesn’t do this anymore,” she said.