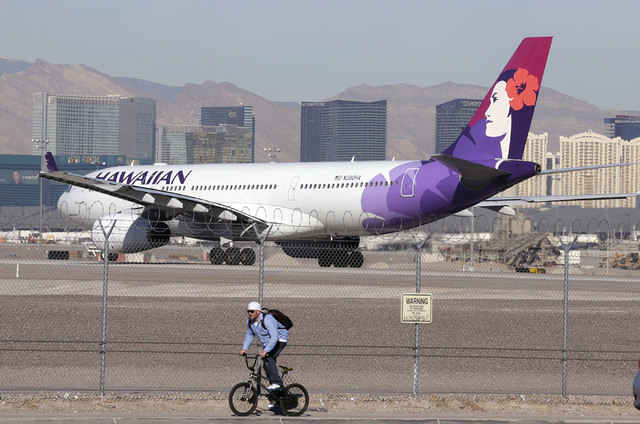 An argument over a $12 blanket fee diverted a Hawaiian Airlines flight that departed Las Vegas bound for Honolulu to Los Angeles on Wednesday morning.

“He took offense to it and was upset,” LAX public information officer Rob Pedregon said.

The flight, which was on its way to Honolulu from Las Vegas, was diverted to LAX about 10:20 a.m. after the man told the flight crew “he needed to take someone behind the woodshed” for the blanket fee, Pedregon said.

Airport officers met the aircraft at the gate and conducted an investigation with the FBI. The investigation showed no credible threats were made and no laws were broken.

“It was just a business dispute,” Pedregon said.