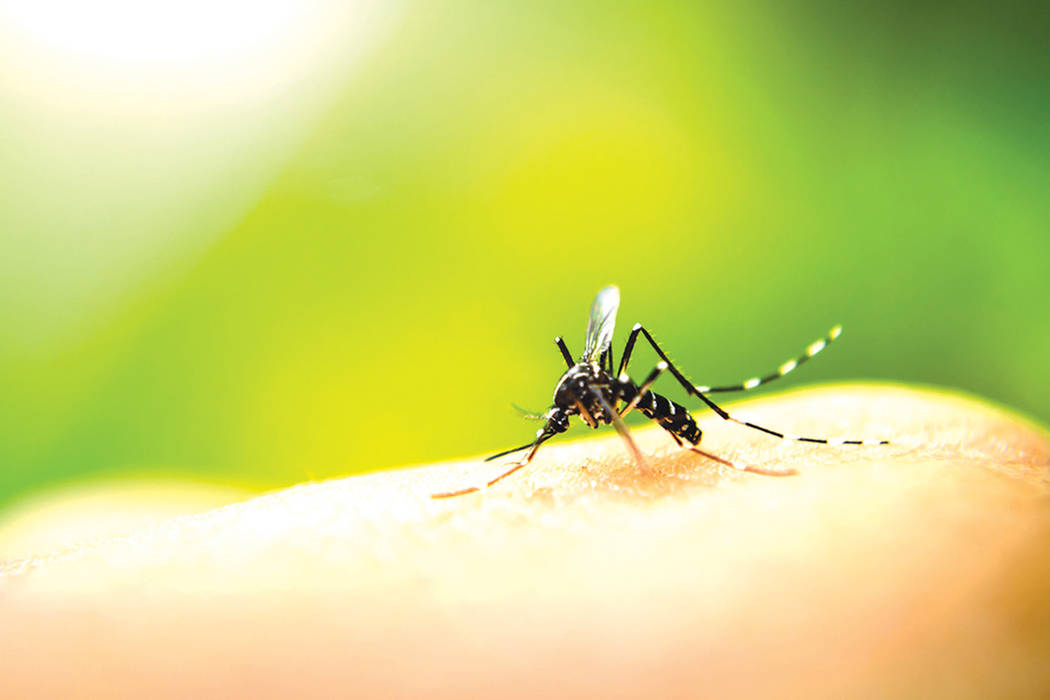 With the arrival of warmer weather, the Southern Nevada Health District’s Mosquito Surveillance Program is once again taking wing.

The program monitors mosquito populations in the valley and sets traps in potential breeding areas. Different types of traps are used to target different species of mosquitoes, the district said in a news release.

Mosquitoes carrying viruses that cause West Nile and St. Louis encephalitis were first found in Southern Nevada in 2004. The health district also identified a species that spreads Zika and dengue fever, though no mosquitoes carrying those viruses have been found in the region.

Since 2004, the surveillance program has sent over 150,000 mosquitoes to the Nevada Department of Agriculture for testing, according to the health department. About 4,000 of those tested positive for the West Nile virus.

The department recommends removing standing water from around homes and using bug spray to fend off mosquitoes. Stagnant swimming pools should be reported to local code enforcement offices, and mosquito activity can be reported to the health district at 702-759-1633.

The district also advises residents to “fight the bite” by wearing an EPA-registered repellent.