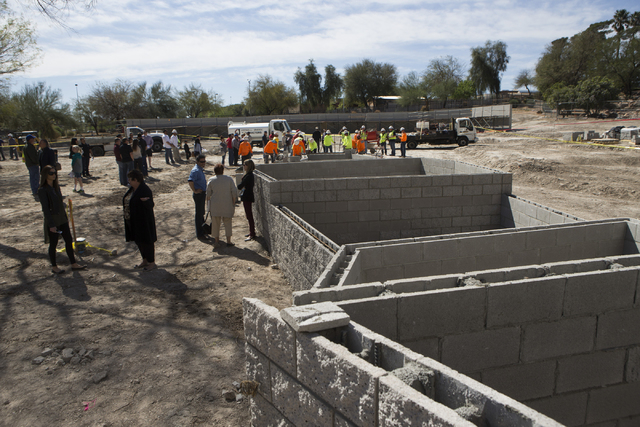 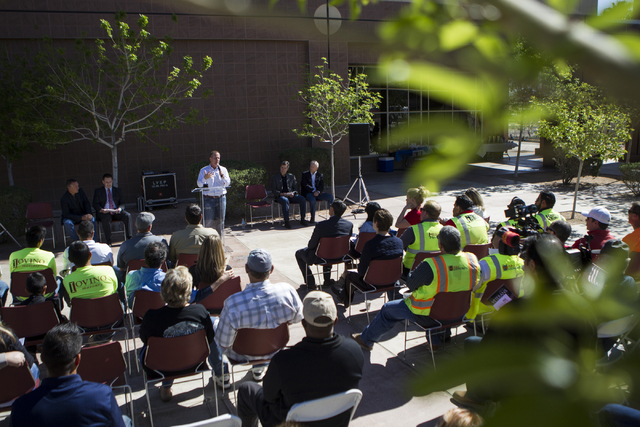 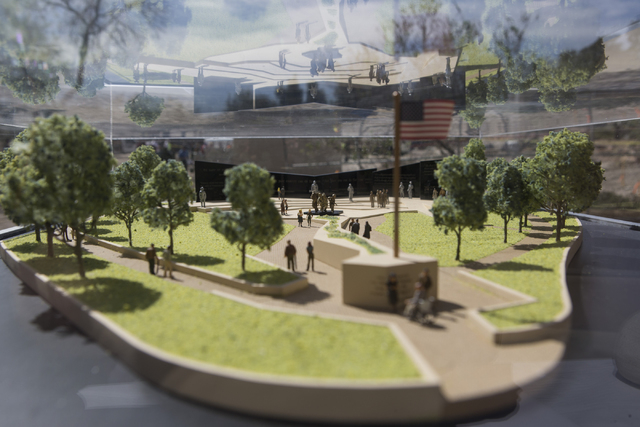 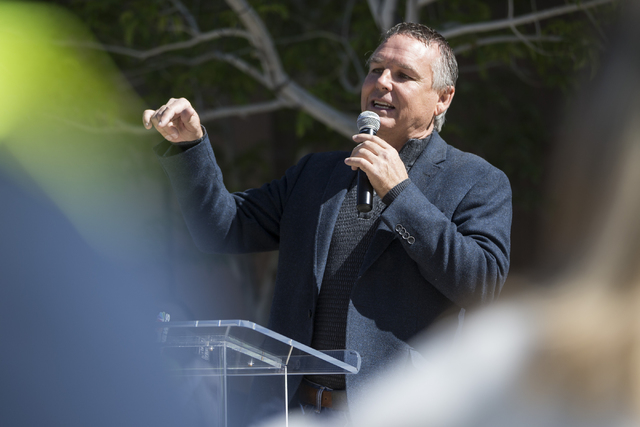 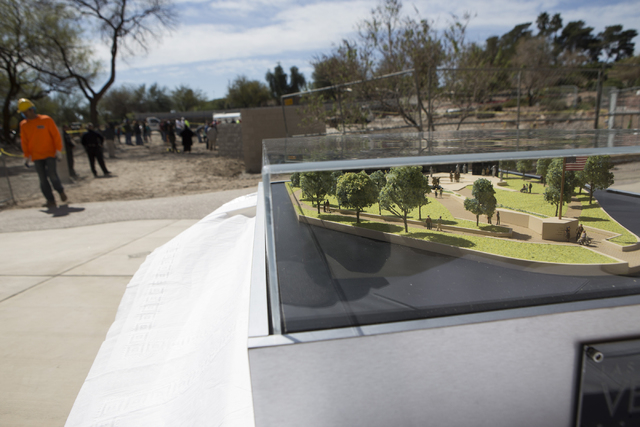 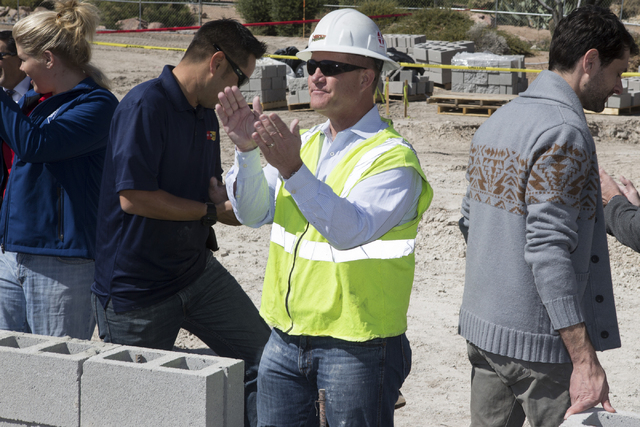 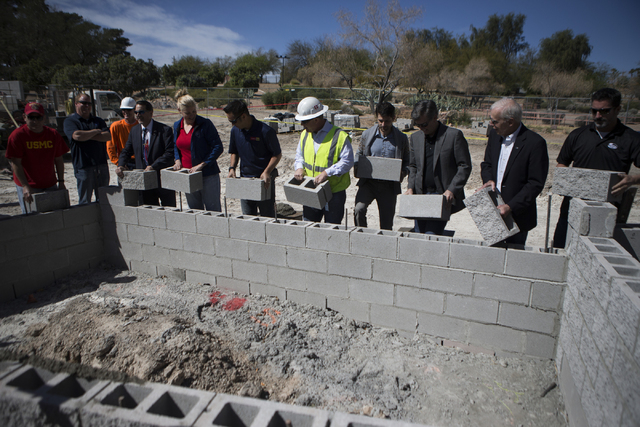 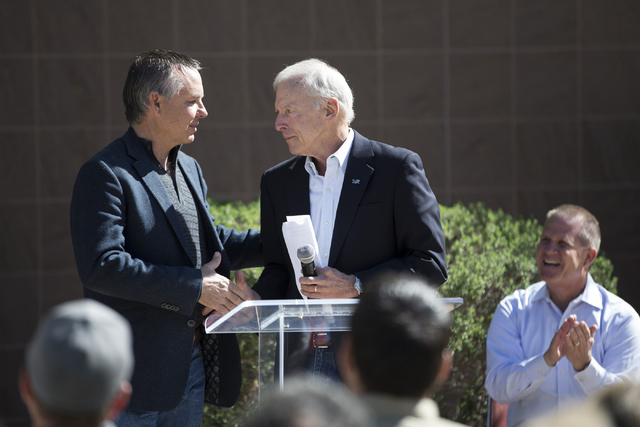 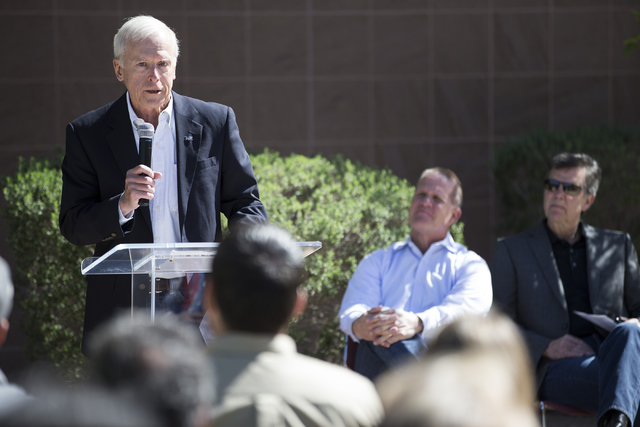 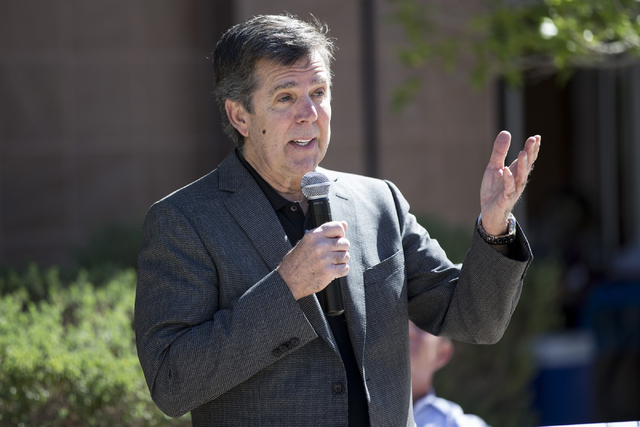 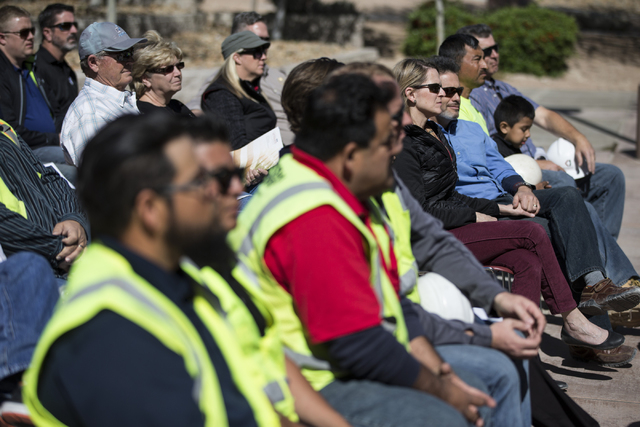 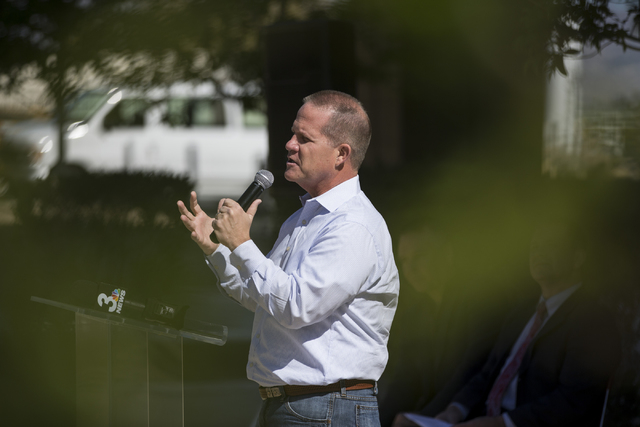 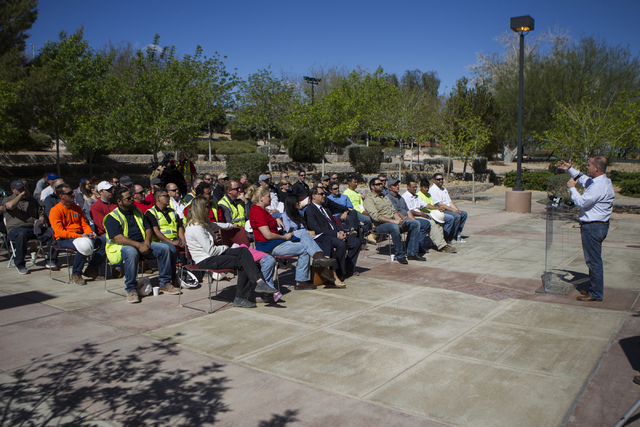 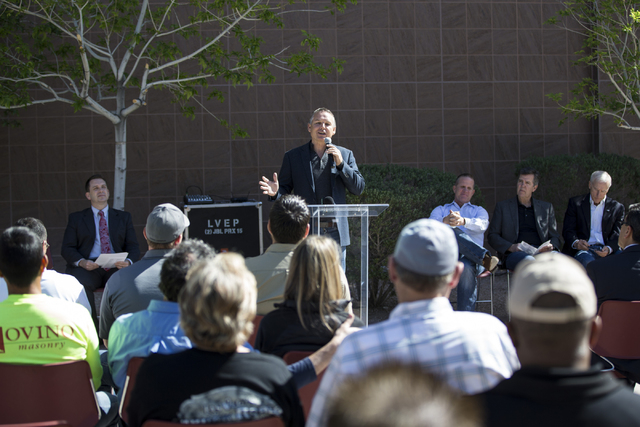 The long-sought Las Vegas Veterans Memorial moved closer to completion Saturday as veterans and officials involved in support of its construction gathered Saturday at the Sawyer Building to prepare the site for the memorial’s May 27 dedication, seven years after it was envisioned.

Lt. Gov. Mark Hutchison and others in attendance gave speeches and laid bricks for the memorial, which will feature 18 larger-than-life statues from the Revolutionary War to the War on Terrorism.

The $2.2 million project is being being designed and produced by bronze sculptor Douwe Blumberg and sponsored by the Las Vegas Veterans Memorial Foundation and American Shooters Inc., in partnership with the state. Scott Tiano, executive director of the Las Vegas Veterans Memorial, previously said the project’s vision was “to connect one generation of veterans to the next” and draw upon the common bonds of service to “provide a place to reflect, heal, forgive and move on.”