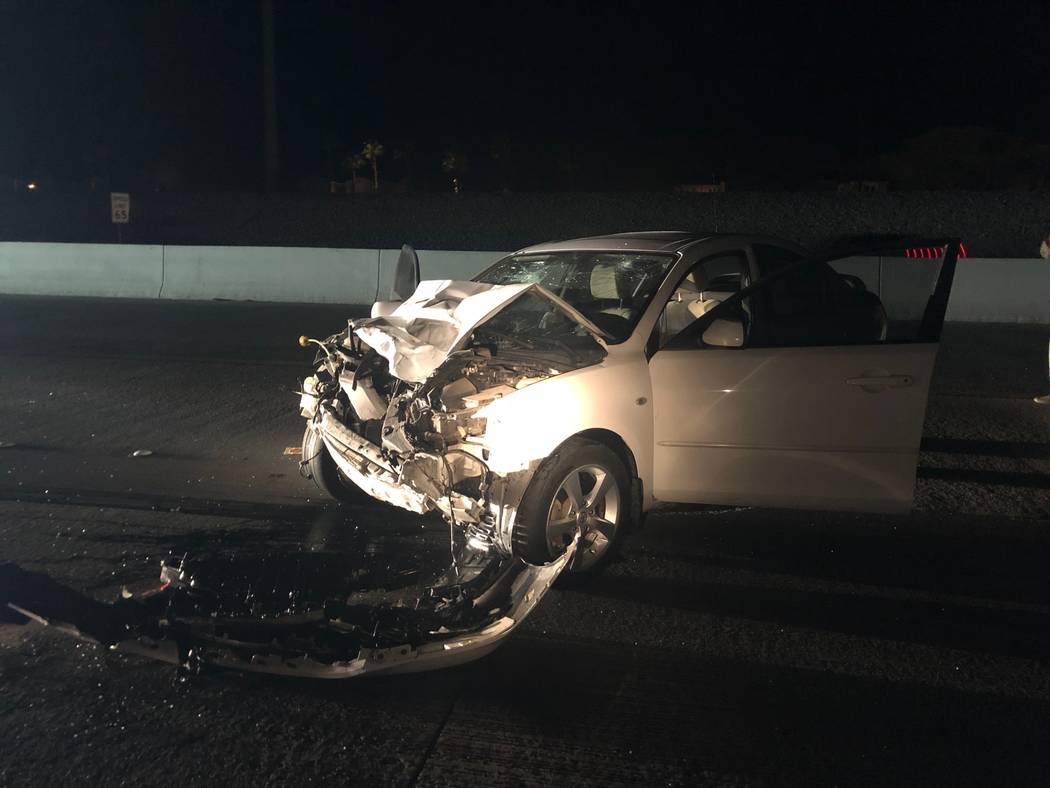 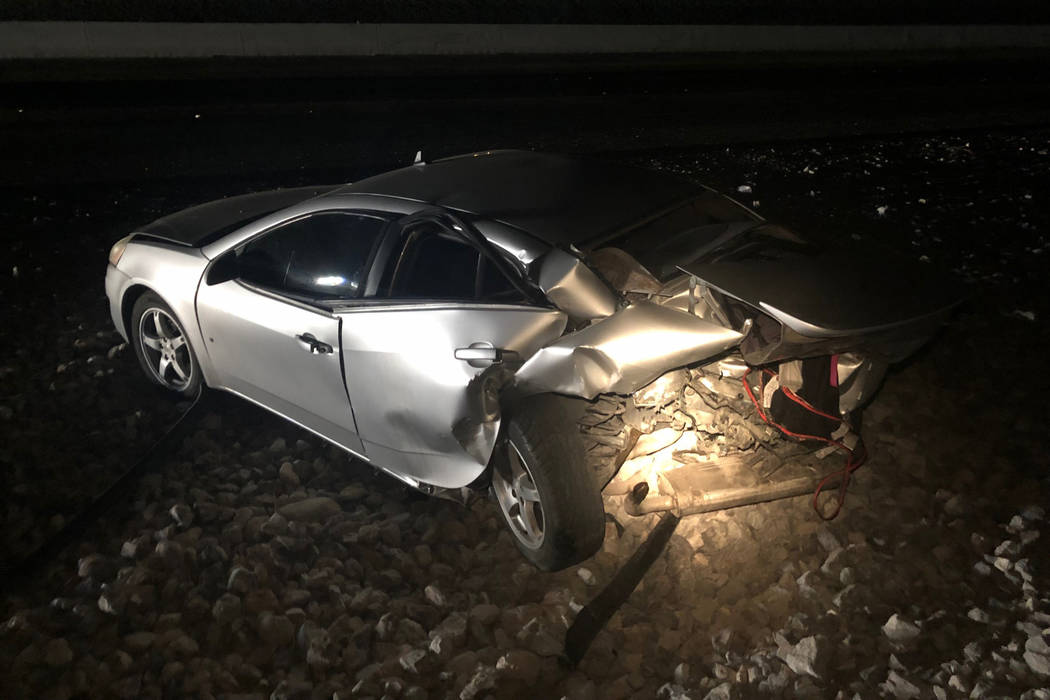 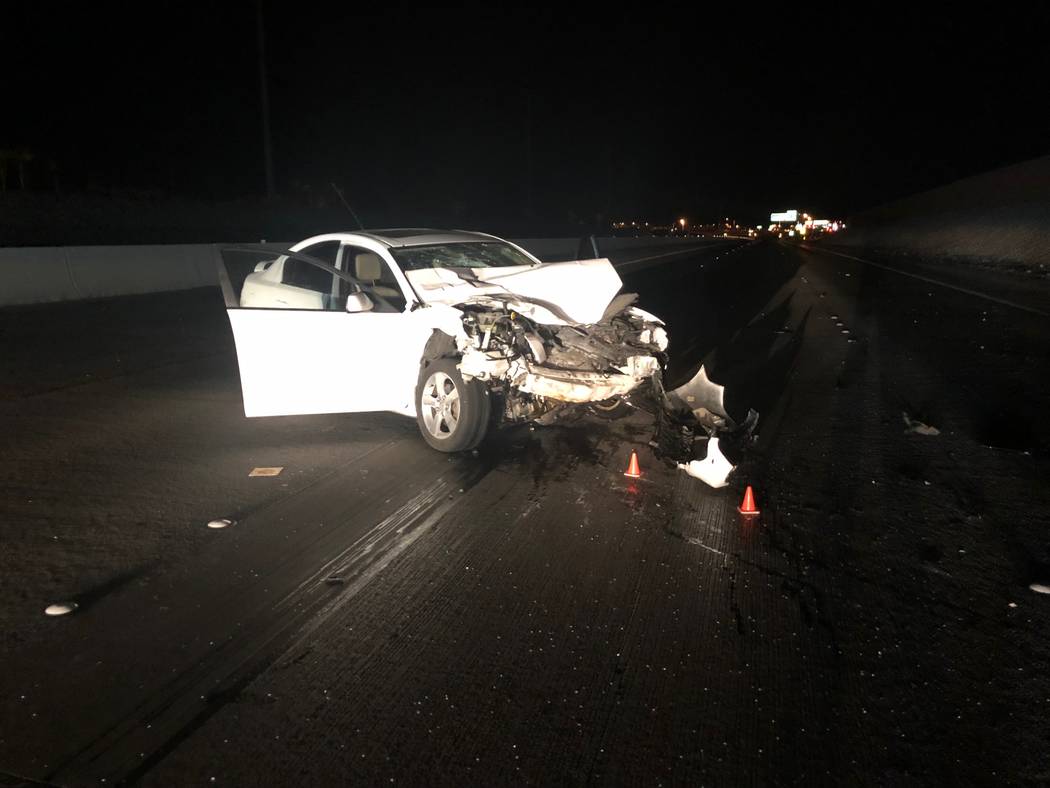 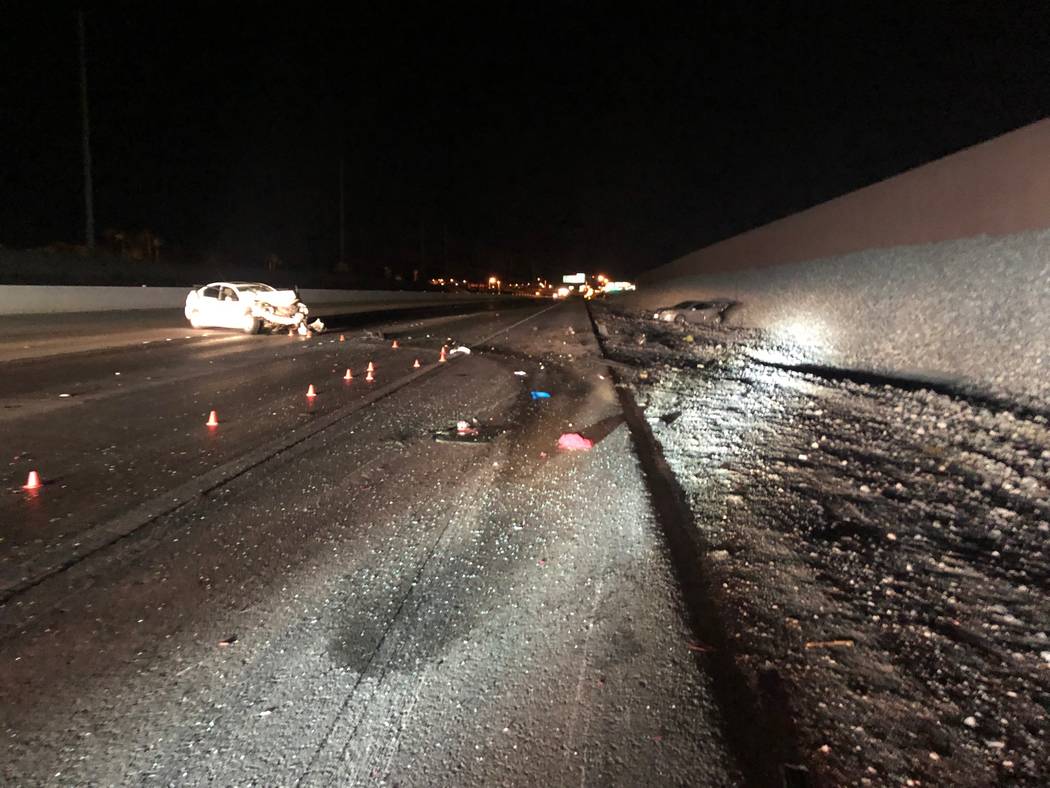 A 46-year-old Las Vegas woman died Saturday night after a crash on the 215 Beltway near the Sahara Avenue exit.

Her car struck an unoccupied vehicle on the shoulder of the beltway, NHP said.

The woman had been driving a white Mazda 3 northbound on the 215, just south of Sahara, when “for unknown reasons” her car slammed into the back of a silver Pontiac Sunfire that was parked on the right shoulder, Highway Patrol spokesman Jason Buratczuk wrote in a release about 1:40 a.m. Sunday.

The woman was taken to UMC where she died, the release said.

The unnamed driver was not wearing a seatbelt at the time of the crash, the release said. NHP did not know whether impairment was a factor, the agency wrote.

All northbound lanes on the 215, near Sahara, were blocked after the crash, NHP tweeted about 11:40 p.m. The beltway reopened about 3:15 a.m., the department tweeted.

In 2018, the most common factors for fatal crashes in NHP’s jurisdiction were unrestrained drivers and passengers, speed and impairment, Buratczuk wrote in the release.

“As we begin 2019 NHP reminds all motorists to always wear your seatbelt, never drive impaired and to please slow down,” the release said.