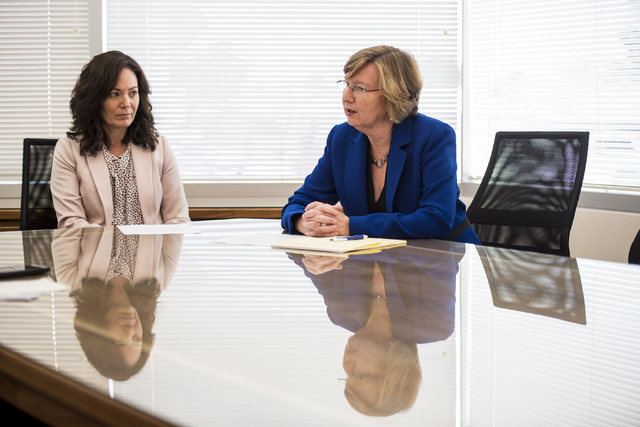 Christine Miller, left, of the Legal Aid Center of Southern Nevada, and Barbara Buckley, the center's executive director, speak during an interview in Las Vegas on Wednesday, May 18, 2016. Joshua Dahl/Las Vegas Review-Journal 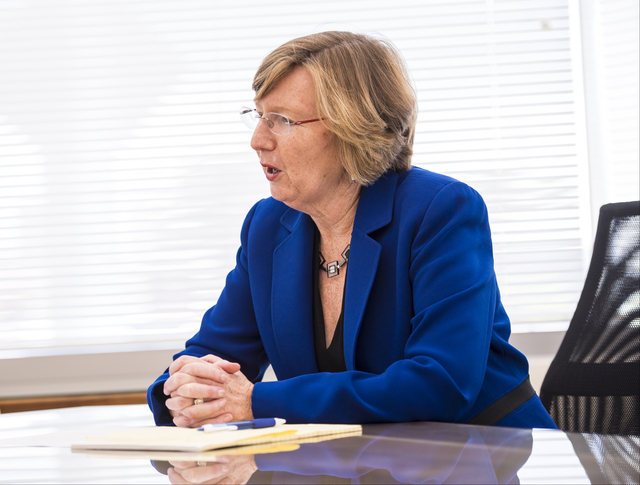 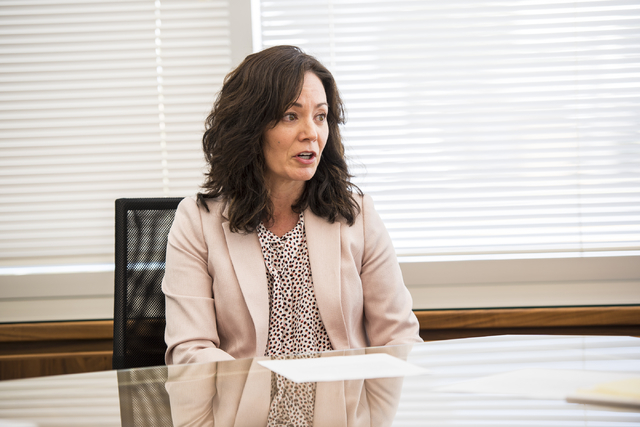 Christine Miller of the Legal Aid Center of Southern Nevada speaks during an interview in Las Vegas on Wednesday, May 18, 2016. Joshua Dahl/Las Vegas Review-Journal 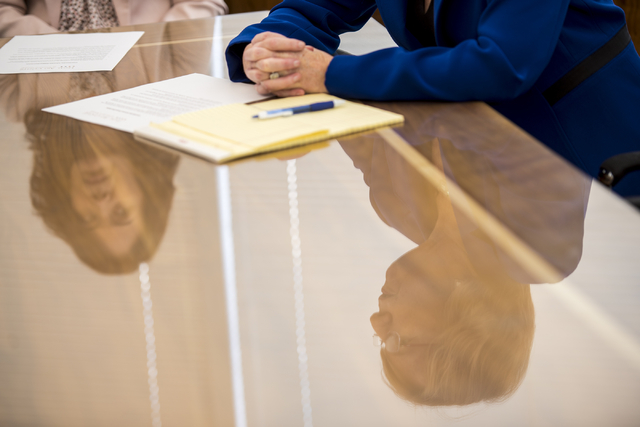 Reflections of Christine Miller, left, and Barbara Buckley, executive director of the Legal Aid Center of Southern Nevada, are seen during an interview in Las Vegas on Wednesday, May 18, 2016. Joshua Dahl/Las Vegas Review-Journal

Led by former state lawmaker Barbara Buckley, the Legal Aid Center of Southern Nevada jumped into the field earlier this year, offering a service lacking in guardianships in Clark County: attorney representation for those facing the possibility of having their constitutional rights stripped away through a court-approved guardianship.

Similar to a public defender in criminal cases, the center offers representation to those facing guardianship who can’t afford their own attorney. Before 2016, they had offered their services in other areas such as consumer rights, bankruptcies, foreclosures and payday loans.

But guardianships present a unique challenge for attorneys.

Someone who has been deemed either too mentally or physically incapacitated to handle their own affairs by a medical professional will typically end up under guardianship. The wards often can’t speak for themselves due to disabilities, such as Alzheimer’s and dementia. Once the court names a guardian, be it a family member, friend or professional, the person under the guardianship loses virtually all civil rights. They no longer control their own money or even decide where they want to live.

Without control of their money, the wards can’t even hire an attorney to fight back in court.

“The one thing that is striking about all the cases is that the person under the guardianship has no rights because they have no one to enforce those rights for them,” Buckley said. “That’s why this project has already become so important and so meaningful to us.”

Around the summer of 2015, the center started receiving call after call from people looking for help in guardianship court, Buckley said.

They heard tales of abuse. Of exploitation and neglect.

“We were appalled by what we saw,” she said.

So Buckley and the Legal Aid Center set out with a single goal:

“We hope to address the need for counsel for everyone,” Legal Aid Center attorney Christine Miller said.

But none of the attorneys for the Legal Aid Center had experience with guardianships when they began tossing the idea around.

Buckley did help draft the language for a law passed during the 2015 Legislature that reined in the power of some guardians, but that was about the extent of guardianship experience within the firm. It was about that same time she started hearing of the need for attorneys in guardianship court, for people who could lend a voice to people whose rights were at risk of being taken away.

She spoke to local attorney Sam Lionel about the issue, and he offered to fund a full-time attorney position at the center to handle guardianship cases.

Miller wasn’t afraid of the challenge, and told her boss she would take on any guardianship cases if the firm started handling those cases. The funding allowed Miller to jump from the center’s consumer rights project to guardianship, while they filled in her previous position with a new hire, Buckley said.

The Legal Aid Center’s fledgling program has taken on 37 guardianship cases so far this year, according to Miller.

In many of the cases, Miller said she found evidence of gross over-billing by guardians and aspects routinely ignored for the convenience of the guardian.

“I came in with fresh eyes,” she said.

A key, Miller said, is getting the ward an attorney at the start of the process before the guardianship is even granted. By doing that, there can be a second set of eyes on financial accountings and inventories of personal belongings to ensure accuracy, and hopefully prevent exploitation.

“It’s so hard to recover the money once it’s gone,” Buckley said.

Buckley and Miller are fighting to protect people who can’t protect themselves. They’re also fighting to change the culture in Southern Nevada, where the practices for most attorneys and guardians have gone unchanged for decades.

“The wards’ legal rights are the most important part of the case,” Buckley said. “It is their life. It is their money. And this system needs to be changed so it is person centric.”