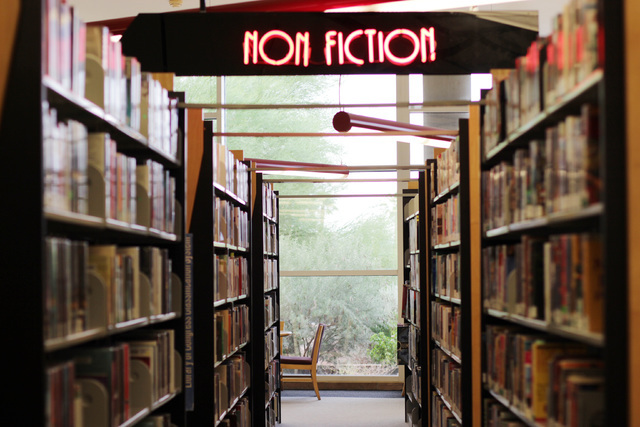 Michelle Flores asserts in an ongoing lawsuit that she has the right to carry a gun at the public library according to state law. While visiting there with her children, she was handcuffed by police at the Rainbow branch of the Las Vegas-Clark County Library District in mid-March. Photo taken on June 18, 2016. (Adelaide Chen/Las Vegas Review-Journal) 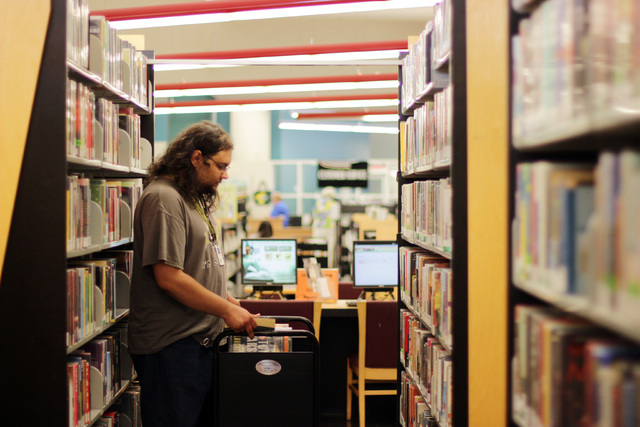 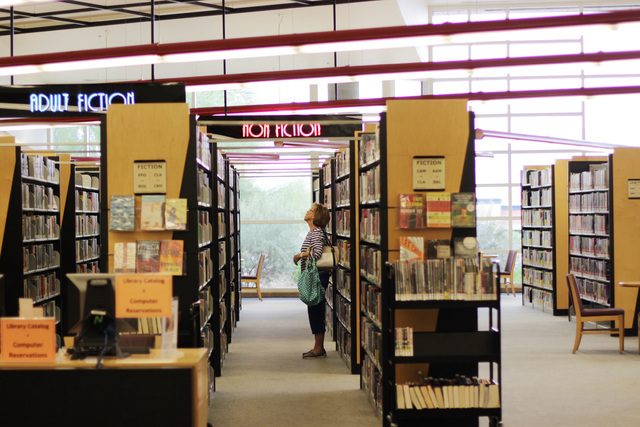 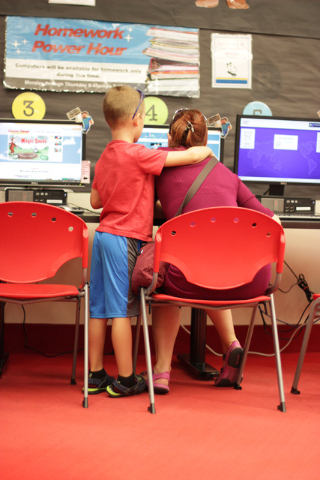 A child shares a moment with his mother while playing on the computers at the Rainbow branch library of the Las Vegas-Clark County Library District on June 18, 2016. (Adelaide Chen/Las Vegas-Review-Journal) 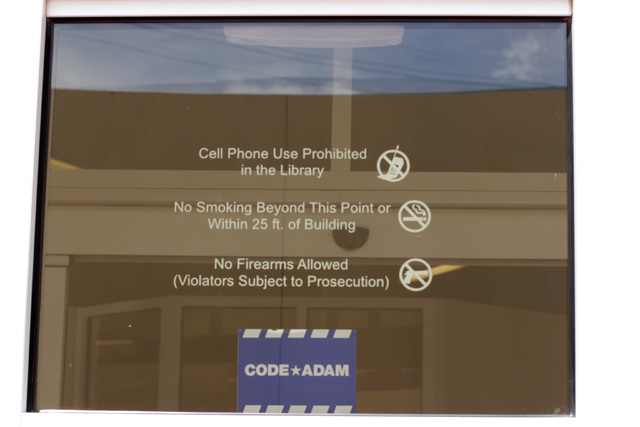 While the Henderson Libraries allow gun owners to open carry based on the interpretation of state law by city police, the Las Vegas-Clark County Library District does not. Photo taken June 18, 2016. (Adelaide Chen/Las Vegas-Review Journal)

Michelle Flores and her three children visited the Rainbow Library one day in mid-March, browsing the stacks for books to take home.

After an hourlong search, Flores checked out some reading materials, and with her three children in tow, proceeded to the library’s exit.

But she was stopped, and now she’s suing the Las Vegas-Clark County Library District over the events that followed.

According to court filings, library personnel summoned police, who handcuffed Flores and took her firearm, holster and five rounds of ammunition.

Flores was then given a notice of trespass and banned from the Rainbow Library and all other district libraries for one year.

According to Barr, Flores wants the ban overturned and the library district to follow Nevada law, just as the city of Henderson libraries began complying a year ago.

After a meeting with Henderson Police officer Zane Simpson, questions were answered, and the Henderson library staff received notification on May 6, 2015. That notification read: “Generally, a person has the right to carry a gun openly, and he/she is not required to verify legal status with paperwork of any kind.”

Since then, Henderson Libraries has complied with the law, Executive Director Angela Thornton said.

“We had some questions initially,” Thornton said. “Some of the points weren’t clarified. We had staff and customers who were asking questions. I think initially, they were a little apprehensive. I think they weren’t sure where libraries fell into the mix.”

“I think people felt we should have fallen under that category,” Thornton said. “Once we realized where we fell into the law, it was then all about compliance and making people feel as comfortable about it as we could.”

“We haven’t had any problems with it,” Thornton said. “I think staff have seen some open carriers, but they’re very occasional. Nothing that has been any kind of a problem or challenge.”

Open carry gun advocates would like to see the library district address the issue, and expressed their frustration during public comment at the district trustee meeting last fall.

One trustee spoke to the Las Vegas Review-Journal as a political candidate, not as a library district representative.

“I think it’s going to be something we’re going to have to take up in the Legislature to make that distinction (regarding where libraries fall when it comes to open carry),” Shannon Bilbray-Axelrod said. “I think it was a complete oversight.”

As a Democrat running for state Assembly District 34, she will face off against Republican Matt Williams in the November election.

“I worry about open carry in areas where I bring my children,” Bilbray-Axelrod said. “I’ve been going to the library with my daughter since she was 3 months old. It’s a place people would assume would be weapon-free.”

Karen Bramwell-Thomas, public relations manager for the library district, said because of the current litigation and advice of counsel, she could not comment on the litigation or the library’s firearms policy.

However, on the district website, the rules of conduct state “firearms are prohibited,” and cites NRS.3673. That statute, however, refers to concealed firearms.

The filings also say “the district’s conscious and willful disregard of the legal rights of Michelle (Flores) resulted in her public humiliation and emotional distress.”

“What price would a jury put on being humiliated in front of your children for exercising your constitutional rights?” Barr said.

Flores, who homeschools her children, filed an April 29 preliminary injunction seeking to restore her library privileges. The hearing is set for 9:30 a.m. Tuesday in the Eighth Judicial District Court.

The district’s counsel, Kelly Stout of Bailey Kennedy LLP, said the firm does not comment on pending litigation.

The actions that the Las Vegas-Clark County Library District takes could influence other library districts in the state.

Boulder City Library Acting Director Kimberly Diehm said she wasn’t even aware of the law. She said the library has a “firearms prohibited” sign on the front door. Diehm has been at the library for seven˜ years, and it’s been there the entire time.