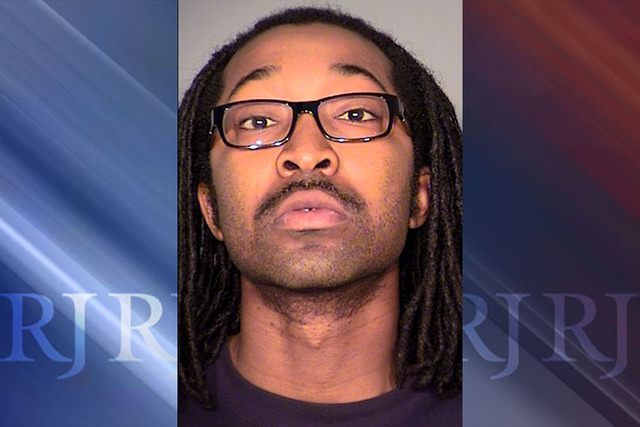 Detectives linked Jackson to three separate assaults in west Las Vegas with nearly identical details, according to an arrest report.

In the assaults, which occurred on June 18, 20 and 21, the women were approached by a silver or gray car with tinted windows driven by a tall, thin man with dreadlocks, according to the report.

Two of the women told police he offered them a ride, while the third admitted to being a prostitute and having agreed to have sex with Jackson for money, according to the report.

According to police, Jackson drove the women around briefly before brandishing a handgun and ordering them to undress and get in the back seat.

Police said Jackson then sexually assaulted the women in the car. During one of the assaults, Jackson held the gun to the woman’s head and choked her, they said.

The women told police Jackson ordered them to get out of the car and get into the trunk, but then drove away, leaving them naked on the street.

On June 24 about 2 a.m., a police sergeant spotted a car matching the description near D Street and Washington Avenue. He pulled over the silver 2012 Chevrolet Malibu and noticed the driver, Jackson, matched the suspect description, according to the report.

Jackson told detectives he had sex with three women in his car and even pulled out his gun but never intended to shoot, according to the report. He said he wanted to scare and control them.

Jackson is being held at the Clark County Detention Center without bail. A motion hearing is scheduled for 7:45 a.m. July 6; a preliminary hearing is set for 9 a.m. on July 28.