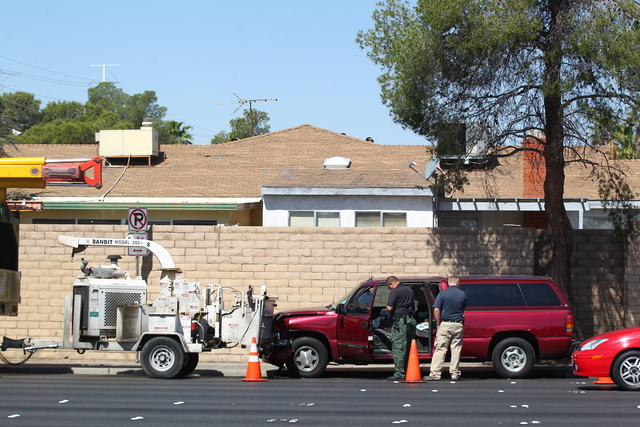 Metro is investigating a fatal wreck that might have resulted from a medical episode at the intersection Flamingo Road and Rainbow Boulevard, Las Vegas police said. (Chase Stevens/Las Vegas Review-Journal) 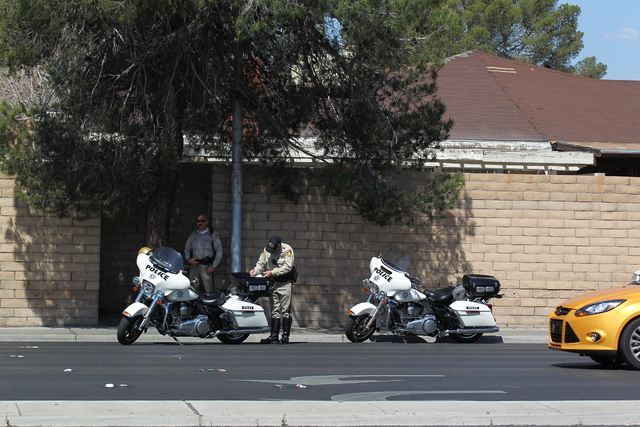 Metro investigates a fatal wreck that might have resulted from a medical episode at the intersection Flamingo Road and Rainbow Boulevard, Las Vegas police said. (Chase Stevens/Las Vegas Review-Journal)

The Clark County coroner’s office has confirmed a police investigation that said a driver died from a medical issue in a southwest valley crash in May.

Mike Shawa, 71, suffered a medical episode and crashed about 8:15 a.m. May 5 at the intersection of Flamingo Road and Rainbow Boulevard.

Shawa was driving a GMC Sierra south on Rainbow, toward Flamingo, when the vehicle veered onto the shoulder and sideswiped a Toyota Prius, Las Vegas police said.

The Sierra then hit the back of a trailer being towed by a truck. Shawa was taken to Spring Valley Hospital where he was pronounced dead, police said.

Shawa’s caused of death was hypertensive atherosclerotic cardiovascular disease with diabetes as a contributing factor. His death was ruled natural, the coroner’s office said.