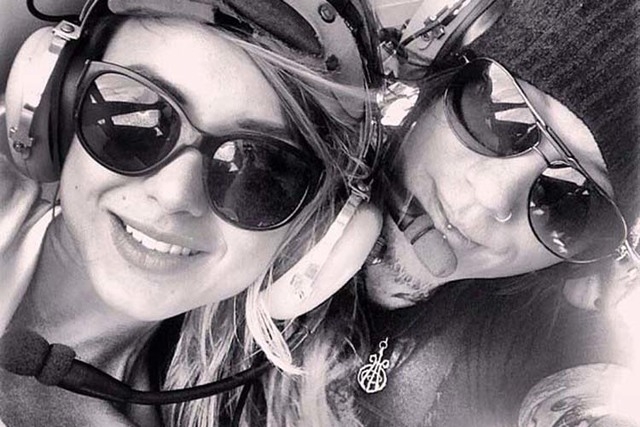 DJ Ashba, lead guitarist of Guns N' Roses, posted a photo of himself and his girlfriend on Instagram as they took a private ride in a Las Vegas police helicopter in August. (Courtesy/Instagram, @djashba) 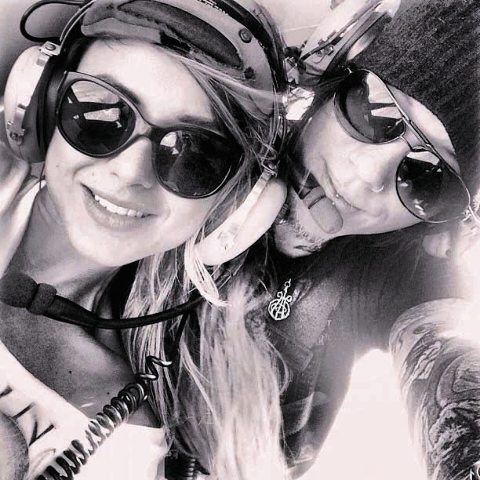 Courtesy/Instagram DJ Ashba, lead guitarist of Guns N' Roses, posted a photo of himself and his girlfriend on Instagram as they took a private ride in a Las Vegas police helicopter in August. (Courtesy/Instagram@djashba

Las Vegas police punished a captain for political reasons after he helped set up a helicopter ride for a member of Guns N’ Roses in 2013, the Nevada Employee-Management Relations Board ruled Friday.

Capt. David O’Leary, who oversaw the department’s Financial Crimes Bureau, retired in December 2013 rather than take a demotion after the flight became a public embarrassment for the department.

The fly-along, as the state board called it in the ruling, became a contentious point during former Clark County Sheriff Doug Gillespie’s failed pushed for a More Cops tax increase push in fall 2013. Many of Metro’s highest-ranking officers felt the negative attention from the flight became a serious hindrance to their cause.

But the department’s treatment and punishment of O’Leary proved to be selective, as Metro could not prove he violated any major policies in arranging the flight, the board asserted.

The ruling gives O’Leary a clean record, reinstates him at the rank of captain and makes him eligible for back pay to Dec. 20, 2013, when he retired under pressure.

The two were friends and in January 2013 had taken an authorized fly-along together in a Metro helicopter, seven months before the problematic flight, according to the board’s decision.

Ashba initially asked O’Leary if he knew any companies that would fly him to the Grand Canyon and land, because he was considering a flight-related marriage proposal, according to the board’s decision. O’Leary passed the question along to Air Unit officer Ray Horsley, who said aviation restrictions wouldn’t allow it.

Horsley offered to take Ashba for a flight demonstration in a Metro helicopter, the report said.

The day of the flight, O’Leary drove Ashba and his girlfriend from their house to the North Las Vegas airport where the helicopter was located, the report said. While off the clock later that day, he drove Ashba’s sister to Police Memorial Park on Gowan Road near Hualapai Way, where the guitarist planned to propose. They got married the next month.

After taking off in North Las Vegas, the helicopter landed at the Northwest Area Command on West Cheyenne, close to Police Memorial Park, according to the report. It was the same landing area where the January fly-along finished.

But this time, the landing caused a commotion.

Capt. Michael Dalley, who oversaw the academy at the the Northwest Area Command, had not been notified of the plan and lodged an official complaint afterward, according to the report. The same day, a sergeant in Metro’s internal affairs unit called O’Leary to inform him about the complaint and told him not to discuss the event with anyone.

“That was the most incredible day of our life!!” Ashba wrote on Instagram a few days after the flight. “Special thx to the Las Vegas Police Dept. for the most amazing helicopter private tour over Vegas!”

That scrutiny did not sit well with Metro’s leadership. O’Leary’s supervisor, Deputy Chief Al Salinas, told him that the department’s top officials were “livid,” about Ashba’s posting. Salinas later testified to the Employee-Management Relations Board that the public and county commissioners constantly referred to the fly-along when discussing More Cops.

According to the report, “after the media firestorm hit,” O’Leary was contacted several times by his superiors, including Salinas and Assistant Sheriff Greg McCurdy, about retiring.

O’Leary told them he was not allowed to talk about the incident, but eventually agreed to meet with McCurdy. O’Leary brought a union attorney with him, the report said.

The meeting wasn’t a meeting. It was a lambasting.

McCurdy yelled and cursed at O’Leary profusely for the incident, the report said. The lawyer called it “the most unprofessional meeting I’ve ever been to.”

After constant pressure from his superiors and the threat of demotion, O’Leary gave in and retired. Retiring as a captain was more lucrative than leaving as a lieutenant. But at the time, O’Leary was two months from reaching 25 years with the department. Those two months were equal to about $300 less per month in retirement pay, the report said.

O’Leary was given a notice of accusations by the Internal Affairs unit that he inappropriately arranged the flight for personal reasons and used lights and sirens on his department vehicle while escorting Ashba’s sister the day of the flight. He was interviewed by the unit nine days after receiving that notice.

A month later, O’Leary was given a second notice by Internal Affairs. This one accused him of lying during the interview.

But when the Internal Affairs report was finished in December, none of those claims could be substantiated, according to the board.

It found that the flight itself was well within the department’s fly-along policy and was not inappropriate.

O’Leary’s involvement in the flight was “far less sensational than the media reports indicated,” the board said in its decision. The board added that O’Leary made a “rather benign request” to Horsley for a referral of a private helicopter.

“The Internal Affairs investigation uncovered the fact that O’Leary was not personally involved in arranging the details of the flight,” the report said.

The board said Metro selectively enforced the vehicle policy on O’Leary to justify a finding of misconduct, which represented political motivation in its eyes.

“When the principal allegations against O’Leary – that he had arranged the fly-along and had driven [with lights and sirens] to the park – did not pan out, the Department stretched beyond the noticed allegations of misconduct to conclude that O’Leary’s knowledge of the proposal and the ‘resulting publicity would tend to bring the Department into public discredit’ and to conclude that O’Leary had improperly transported civilians in his vehicle.”

“It is rather obvious that (Metro) came down on O’Leary in the way that it did in order to save face from the political fallout generated by this fly-along,” the report said.

Horsley, the pilot, faced consequences that were less severe — and later reversed. In January 2014 he was transferred out of the Air Support Unit for making an unauthorized landing for Ashba to propose. But by April of that year, he was back with his old unit.

“The LVMPD disagrees with the decision and will be appealing the decision,” Metro said in a statement Friday.

“We had hoped that they would have used this opportunity to look at what happened with a little bit of introspection so that they could improve the manner in which this matter was handled,” Levine said.

Levine said the board’s decision shows that no tax-payer dollars were wasted in the fly-along because it didn’t break policy. But if Metro plans to fight the ruling, he fears those dollars will in fact be spent. 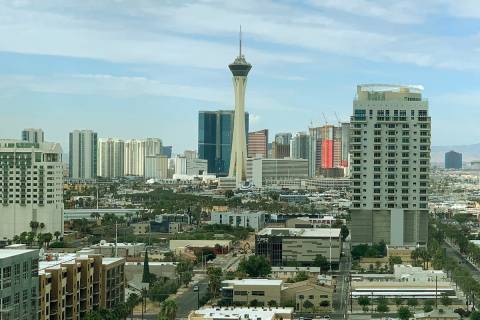