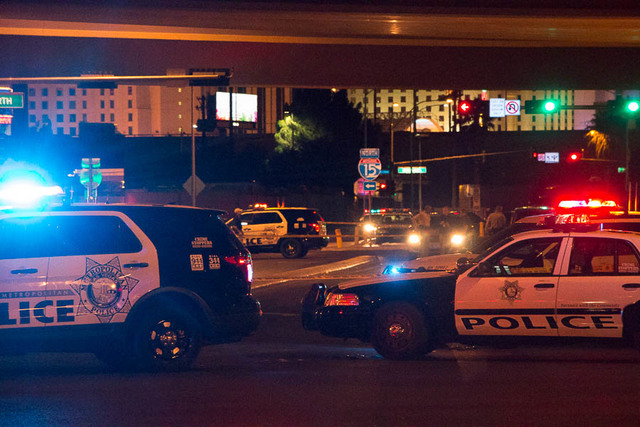 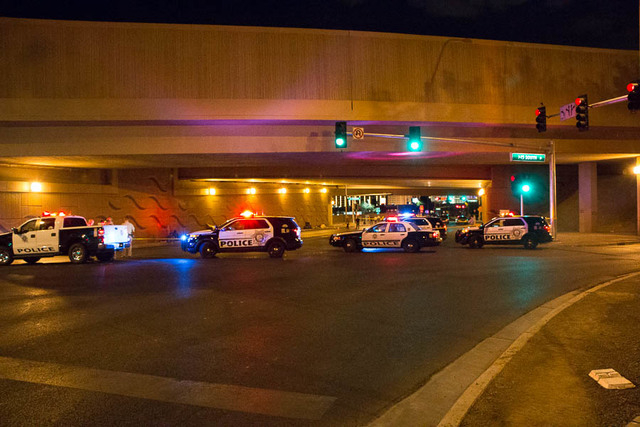 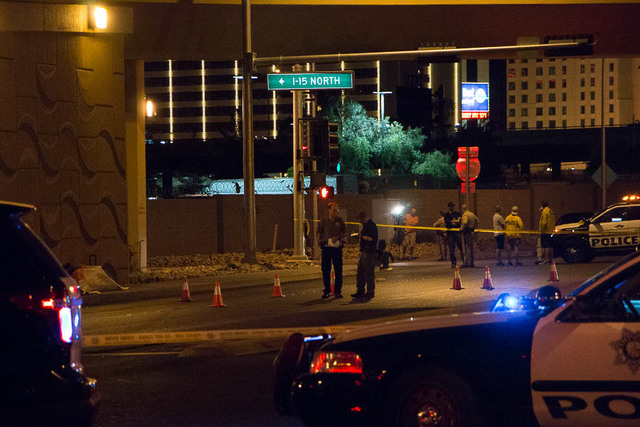 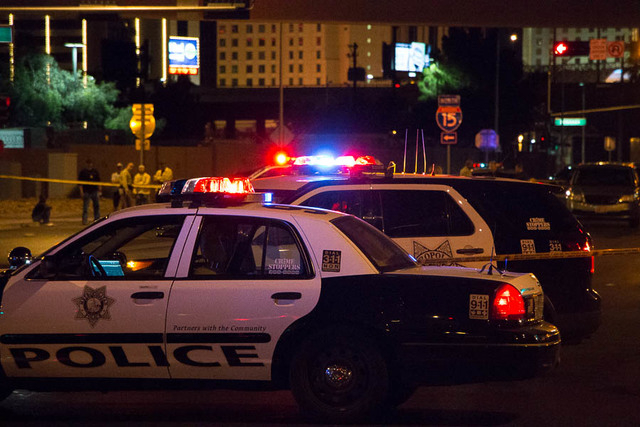 The man fatally wounded Friday night on D Street at the Interstate 15 underpass was identified by the Clark County coroner’s office on Sunday.

Jeremy Mark Zimmerman, 45, died from a gunshot wound to the head, the coroner’s office said. His city of residence was unknown.

Metro was seeking the public’s help in finding the occupants of a white four-door truck with dual wheels on the rear axle, tinted windows and a yellow stripe on its passenger side on Saturday.

Witnesses told detectives that Zimmerman, who was on the sidewalk, approached the truck and the front-door passenger fired one round, striking him about 8:30 p.m..

The motive for the shooting was unknown. No arrests have been made.

Anyone with information about the shooting can call Metro’s homicide section at 702-828-3521 or email homicide@lvmpd.com. To remain anonymous, call Crime Stoppers at 702-385-5555 or visit www.crimestoppersofnv.com. Tips directly leading to an arrest through Crime Stoppers might result in a cash reward.