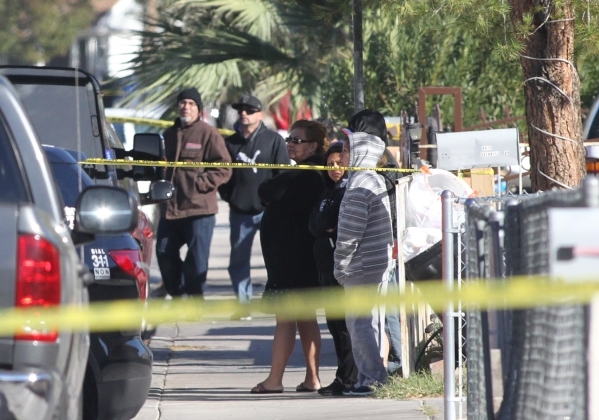 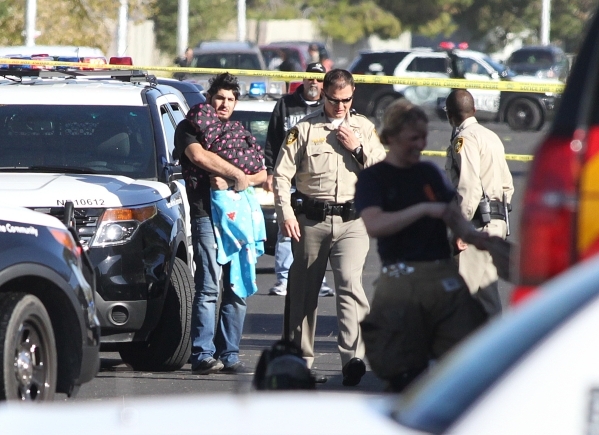 Police released few new details about the incident Tuesday, but they did say that the man found dead in the small, one-story house at 52 Sherrill Circle on Monday appeared to be the victim of a homicide.

His identity was not available Tuesday, but the Clark County coroner’s office said it will be released once his family has been notified.

Emergency crews were called to the house, near the intersection of Lamb Boulevard and Charleston Boulevard, at 12:22 p.m., according to the Las Vegas Fire Department. By then the house was fully engulfed in flames, the Fire Department said, though the fire was out by 1 p.m.

Neighbors who witnessed the scene said at least one woman and one man were bound at their hands and bloody when they were helped from the fire. Metro confirmed Tuesday that the people in the home were restrained while it was burning.

At the scene, a child was treated after a neighbor rescued her from the residence.

Police have not identified any suspects or a motive, Metro said Tuesday, but homicide is leading the investigation. At the initial scene, witnesses said a handful of officers were armed and officers with the Bureau of Alcohol, Tobacco and Firearms were present, though fire department spokesman Tim Szymanski said ATF is routinely on fire scenes.

This is the 108th homicide investigated by Metro this year. “Note that no further details are or will be available in the near foreseeable future,” an agency spokesman wrote in an email.

Anyone with information about this incident can contact Metro’s Homicide Section at 702-828-3521 or homicide@lvmpd.com.